Usman Khawaja was cast aside mid-series to afford Marnus Labuschagne a regular place in the squad. No matter the success of the attack in each Test, the same attack was never used in consecutive matches.

Some were far less successful – overlooking Joe Burns in favour of Cameron Bancroft and later Marcus Harris didn’t work, nor did persevering with David Warner – but overall it was a tour where hard calls were made and ultimately vindicated.

Compare that to the recently completed Border-Gavaskar series, when only minor changes were made, and even then predominantly due to injury. Travis Head was dropped in order to accommodate Warner’s return, and Marcus Harris brought in after Will Pucovski injured his shoulder.

Joe Burns’ axing was the only purely form-based selection call, but even then he may not have been in the side in the first place had Pucovski and Warner both been fit to play in Adelaide.

On Tuesday night, after Rishabh Pant had capped off his remarkable innings by hitting the winning runs, coach Justin Langer was sticking by his selections.

“It would’ve been a brave man coming into this Gabba Test match to not select those four bowlers,” Langer said.

Would resting Mitchell Starc have been brave? Not really. The Gabba was the big quick’s fourth Test in little over a month, and he’d been lacklustre in the final innings in Sydney. Given he’d failed to produce a threatening spell until it was too late then, it was no surprise to see him even more wayward in Brisbane with just a three-day turnaround to prepare.

Yes, it’s easy to say that in hindsight, but there were calls for that decision to be made even before play got underway at the Gabba.

Even so, let’s play along with Langer’s assessment that it would have been a brave call. The follow-up is simple: “So?”

Starc not getting an Ashes gig until the fourth Test in 2019 was brave. Throwing Mitch Marsh in for the Oval Test in place of Travis Head was brave. Replacing Khawaja with Labuschagne was brave. Since when is bravery something which makes a decision untenable for the Australian cricket team?

Like it or not, Langer and his fellow selectors now will be forced into some tough decisions, and not just picking Jhye Richardson, Michael Neser or James Pattinson ahead of Starc. While the Gabba and series losses aren’t the cataclysmic disasters which some have made them out to be, persevering with the same side which stumbled this summer would be folly indeed.

Matthew Wade is the most obvious looming casualty. While he batted determinedly as a makeshift opener in Adelaide and Melbourne, he also produced appallingly rash shots to throw away his wicket in the first innings in Tests two through four. Once would have been excusable, twice perhaps forgivable, but thrice is indefensible.

At 33 years old, with an average of under 30, and without a fifty to his name since November 2019 (a barren streak lasting some 14 innings), the case to persevere with Wade is meagre if you’re being kind, and nonexistent if you’re telling the truth.

Dropping Wade isn’t what makes the call tough, though, it’s finding his replacement.

Travis Head is probably first in line. He made a stack of Sheffield Shield at the start of this season and has been a mainstay of the Australian squad – if not always the XI – since his debut against Pakistan in 2018.

With a Test average a smidgen under 40 from 19 matches, it would be an easy case to make for the South Australian’s selection if he hadn’t shown such a proclivity to push leaveable deliveries straight to the cordon.

None of Head’s three dismissals against India this summer were to particularly good balls. There was a tame chip back to Ravichandran Ashwin in Adelaide before two crease-bound prods away from the body in Melbourne.

Those shots are indicative of a player who may be best suited to a stint in Shield cricket to work out the deficiency before coming back into the side in a year or two.

Moises Henriques is another option, but at 33 brings with him the same concerns about longevity as Wade – although it’s not unheard of for someone his age or older to earn a recall and succeed for a number of seasons (see: Rogers, Chris).

Many would love to see Glenn Maxwell given a proper shot in the baggy green, and the case is compelling. He’s a much-matured batsman at international level against the white ball, and is one of only three Australians to score a Test century against India since January 2015, alongside Steve Smith and Marnus Labuschagne. Decent company to keep.

How someone of his talent has only been given seven Tests – and none in Australia – is beyond me, yet now when there’s probably the best opportunity to get him into the side, the past year’s schedule means he hasn’t played a first-class match since October 2019.

Still, if India’s batsmen can make a good fist of Test batting with no recent cricket but the IPL, why can’t Maxwell?

There are even more alternatives too, such as moving Pucovski down the order and retaining Harris atop it, or picking the likes of Nic Maddinson or Kurtis Patterson or someone else entirely.

Nothing else in the batting order requires immediate attention. Although Australia’s opening partnerships were poor, Warner and Pucovski are an obvious first-choice pairing against the new ball, and they only played together in one match – and even then the former was noticeably hobbled. There’s no need to search beyond that duo for a while yet. 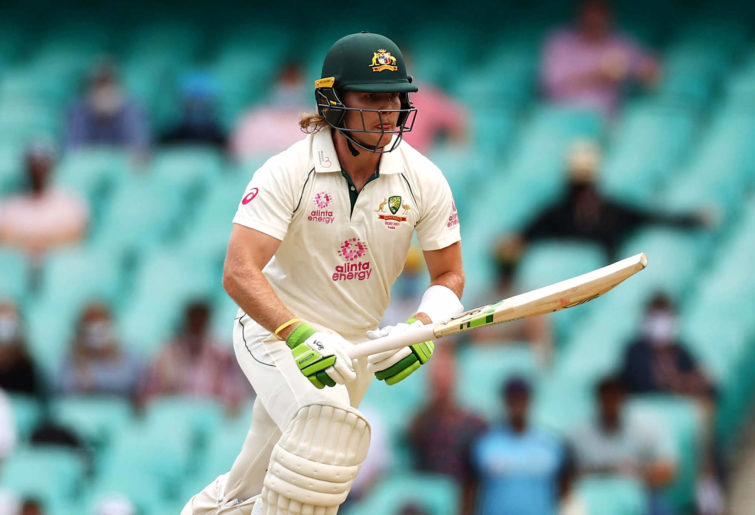 Labuschagne and Smith are automatic selections at three and four, and Cameron Green acquitted himself well at six. He desperately needs to find ways to turn over the strike early in his innings, but 236 runs at 34 isn’t bad pickings from his first Test series, particularly given he was almost always tasked with rescue jobs rather than consolidating a strong position.

Then we come to Tim Paine who, perhaps unsurprisingly for the captain, has borne the brunt of much criticism.

Questions over his place in the side, though, are laughable. He was one of Australia’s most consistent batsmen this series, his average of 40.8 only bettered by two teammates, Smith and Labuschagne.

Far more reasonable is the discussion over whether Paine should remain captain. Not because of his standing in Australian cricket as a leader, but because of his tactical nous, and whether he’s burdened with too many responsibilities to maintain his high standard of glovework. 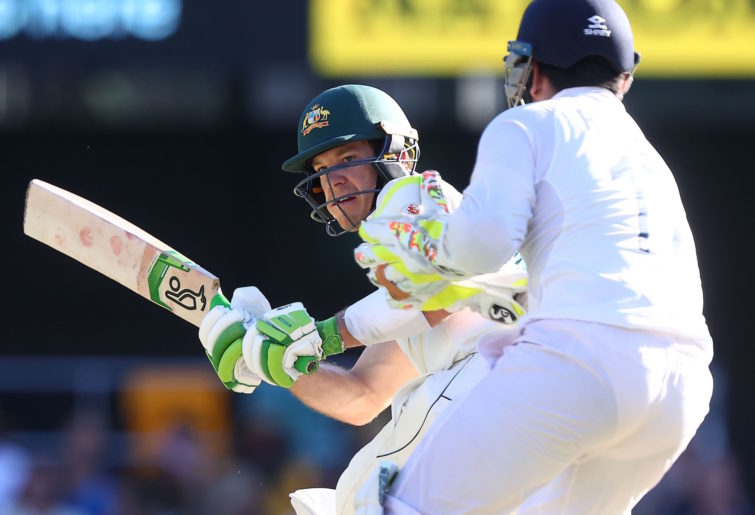 The latter point is something probably only Paine can address. Just as it’s worth pointing out his keeping was at times sloppy against India, his previous two-and-a-half years as captain were marked by few slip-ups behind the stumps.

From a tactical perspective, too often Australia have defaulted to the defensive in the field, particularly on the final day of a Test. That was the case yesterday, when there were regularly four or five men back on the fence when Nathan Lyon was bowling to Pant with wickets required, but was also evident in Sydney and even back at that painful defeat to Ben Stokes England at Headingley.

If there are no obvious candidates to replace Wade in the middle order, the case is triply so for relieving Paine of the captaincy.

There have been calls for Smith to return to the side’s leadership, but he was hardly an enterprising tactician when first given the job. While he amply surpassed Michael Clarke as the team’s run-scoring machine, he fell short of matching his predecessor’s nous in the field.

Running down the rest of the team, Warner is banned from holding such a role, while Pucovski is too young, Labuschagne too DRS-happy, and Cameron too Green.

The only real alternative is Pat Cummins. The argument that bowlers can’t be captains because, well, um, you know, they have to bowl, holds about as much water as a thimble, so that shouldn’t discount him from the role. (Although there is an increased injury risk with being a quick, which is worth considering.)

The bigger issue is he’s never captained a team at any level, so we don’t know whether he’d be an upgrade as a tactician on Paine. Of course, this is Pat Cummins we’re talking about, so it’s probably fairly safe to assume he’s fantastic at just about anything on a cricket pitch, but even so, there’s no guarantee.

A prudent path would be to persevere with Paine as skipper for a little while longer and start properly grooming Cummins as his successor by giving him the chance to captain some white-ball and first-class matches.

Either way, it’s a tricky decision: stick with a skipper who was found lacking tactically in a demoralising series loss, or hand over the mantle to an unproven captain already burdened with leading the bowling attack.

Regardless, it’s going to be a tough call. It might even require a bit of bravery.