Manly’s biggest losses are Adin Fonua-Blake, Joel Thompson and Danny Levi – the latter’s exit means they are without a specialist dummy half.

Let’s take a look at five players who Manly fans hope will add some spark to the team.

1. Josh Shuster
One of the Sea Eagles’ best young talents, Shuster made his debut last season and looked good with a couple of sublime touches. Unfortunately, injury prevented him from finishing the season. A big body with a lot of skill. Expect the young gun to threaten with his running and skillful passing. He will either start at five-eighth or off the bench as a utility.

2. Kieran Foran
When injury-free, Foran is world-class. A strong runner and defender with great skill and game knowledge.

His signing takes pressure off Daly Cherry-Evans for being the only experienced playmaker. His presence should allow DCE and Turbo to play with more freedom. Whether he starts at half or hooker, he is a big inclusion. If he does play hooker, that should allow Manly’s middle to be a bit more dangerous, and allow Jake Trbojevic to bring back his running game.

3. Taniela Paseka
With the departure of AFB, there will be more expectations on the bench to keep rolling forward. Paseka has the size of a giant – if he can find some form and confidence, he can definitely push for a starting spot. If he does, this man will be a nightmare for opposition forwards.

4. Jason Saab
After a ugly split with the Dragons, the lanky back’s inclusion in Manly’s backline will be welcomed by the fans. He adds the size and speed Manly have so desperately need. Aside from Turbo, the Sea Eagles’ outside backs aren’t all that flash. All he needs is confidence and form, because of the devastating attacking abilities of a fully-fit Turbo and DCE. This will be interesting. 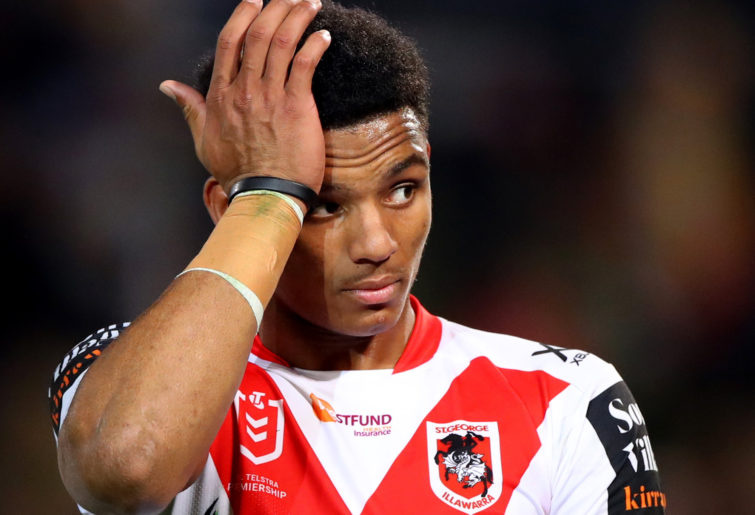 5. Ben Trbojevic
Surprise, surprise! The younger brother of Manly’s dynamic duo has a lot of raps on him. A centre/backrower, Ben was close to making his debut last season. From what we’ve seen, he has a lot of size, power and great pace. Watch him closely.