1. Los Angeles Lakers (first in the NBA)
The Lakers have looked similar to their 2020 championship-winning team as they have been victorious in more and more games to start the season. There record sits at 11-4.

The Lakers could quite easily be 15-0 right now, however they have had four losses come narrowly as their largest losing margin was by 9 points to the San Antonio Spurs.

Los Angeles’s most recent game was at home against the Golden State Warriors when they choked after leading by 19 points in the first quarter and 13 points at the start of the fourth.

They were able to hold guard for most of the quarter, however Steph Curry was to much for them as he started to shoot the ball well in the back end of the last quarter.

2. Milwaukee Bucks (second in the East)
The Milwaukee Bucks were on a roll as they recorded a four-game winning streak, however were stopped as they loss to the Nets in a dramatic two-point game in Brooklyn on Tuesday.

Keep in mind however that this was the Nets’ first game with the big three and the Bucks were their first victim.

Giannis Antetokounmpo is having another MVP season as he has recorded an incredible 27.2 points per game along with just under 10 boards per game.

Khris Middleton is doing a great job at assisting Giannis lately as he has put up a career high of 22.1 points per game. The Bucks will be a certain threat in the East.

3. Los Angeles Clippers (third in the West)
Like the Clippers’ hometown rivals the Lakers, nearly all of the Clippers’ losses have been narrow – besides of course their embarrassing 51-point loss to the Mavericks earlier in the season when Kawhi Leonard was absent.

The Clippers have a solid 10-4 record.

They have absolutely dominated teams in some of their wins this year. Two examples of this are when they were able to record a 23-point win over the Trailblazers and another 23-point win in their match-up against the Timberwolves.

Despite these large winning margins, their most important victory was their opening game of the season when they tussled in the battle of LA and managed to achieve a 1-0 lead over the Lakers.

This showed that they can have a chance a dethroning the Lakers in the Western Conference this year. 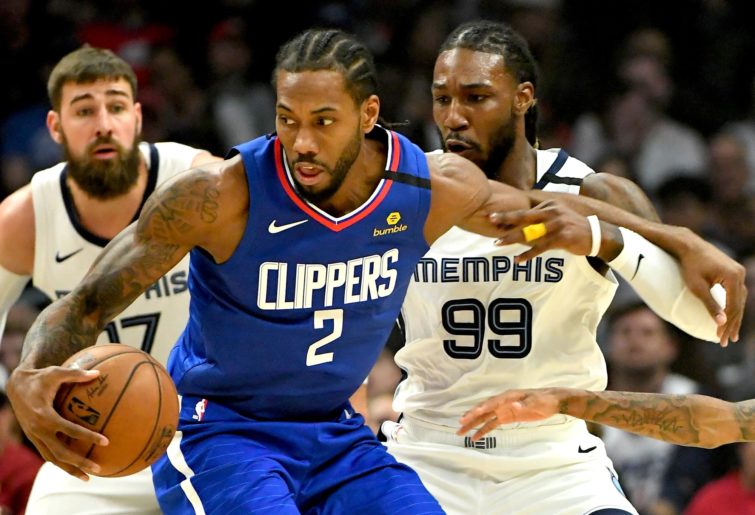 The 22-year-old has put up incredible stats this season with 26.9 points per game to go along with 47.4 per cent from the field and an amazing 40.4 per cent from behind the ark.

Not many people along with myself can still not believe that he is only 22. All Celtics players have been contributing so far this season and this has led them to the number 1 seed in the East.

A real dint in Boston’s season however is their most recent loss that came to the hands of the New York Knicks.

This was remarkable and embarrassing for the Celtics.

The one excuse that could be used by Boston is that Jason Tatum was not available as he tested positive for COVID-19 on Saturday. Despite no Tatum, this was still embarrassing as they certainly had the fire power to compete with the Knicks.

Boston will look to put this loss behind them and hope for a healthy Tatum as soon as possible.

5. Utah Jazz (second in the West)
The Utah Jazz in my opinion are the most disrespected team in the league at this stage of the season. I believe that they are dark horse contenders to take out the West as they certainly have the fire power to do it.

Their stars Donovan Mitchell, Rudy Gobert, along with many more electrifying players on the Jazz roster, have the power to help them dominate.

The two-time defensive player of the year, Gobert is dominating in the paint with just under 14 rebounds and nearly three blocks per game.

Donovan Mitchell is also having a fantastic season. He is putting up a career high 23.5 points per game. He has looked sharp and is in all-star form to start the season.