Two games in Round 1 have been changed, with West Coast to host Adelaide – due to the open WA-SA border – and Melbourne to travel to the Gold Coast to take on the Suns.

The Eagles were originally set to travel to the Gold Coast, while Adelaide were fixtured to play the Demons at Casey Fields.

Meanwhile GWS’ temporary relocation to Adelaide – which is in place until at least the end of Round 2 – has prompted a Round 2 game adjustment.

The Giants will still open their season against the Dockers at Fremantle Oval on January 31 but will now host West Coast at Adelaide’s Norwood Oval on February 6 in Round 2.

GWS confirmed the Round 2 match would nominally be a Giants home game but they won’t lose the right to host five home games across NSW and the ACT. 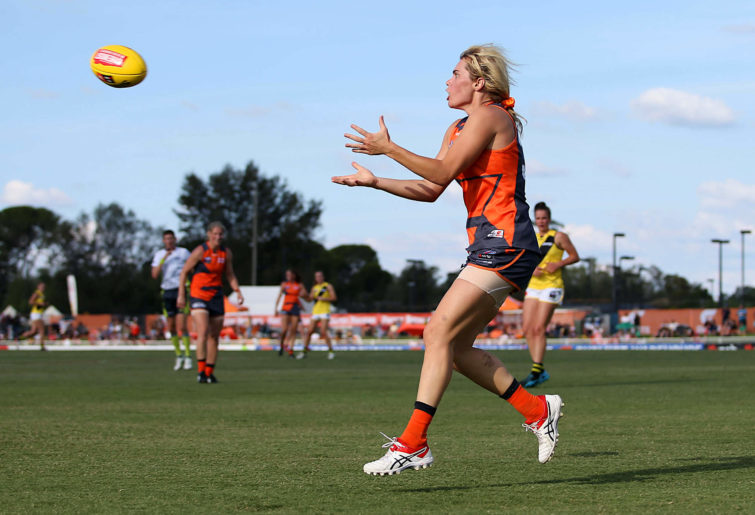 Meanwhile AFL head of women’s footy Nicole Livingstone confirmed the AFL was providing financial support for GWS players while they were in Adelaide, having agreed a compensation rate with the AFLPA for players of clubs relocated from their home base during the season.

“Where they have ‘work-from-anywhere’ type roles, then we’re providing the ability to do that, and yes, the players are being compensated to be away from home at the moment, on top of their pay from the AFLW season,” Livingstone said.

“We’re pleased to be hand-in-glove with the AFLPA all the way through this.”

Fremantle were due to play Collingwood away in Round 2 but will instead play Adelaide at Norwood Oval on Saturday, February 6.

The Magpies will now host Gold Coast that day, while North Melbourne’s clash with St Kilda at Arden Street has been pushed back to Sunday, February 7.

“The adjustments made to the first two rounds provides certainty into the early part of the season and allows the competition to remain as adaptable as possible as the season progresses in a constantly changing environment,” Livingstone said.

“Throughout the planning process we listened to and worked closely with each stakeholder to ensure the best possible outcome for everyone in the game.

“We openly acknowledge there are unique challenges and recognise the non-football commitments of both AFLW players and staff and through this open dialogue we know the AFLW community remains determined to work through them to achieve a full season.”