While the exact dates and location of the proposed Test tour to South Africa are yet to be confirmed, Australia’s next assignment is a five-match T20 series away from home against New Zealand.

The criticism the Big Bash and Australia’s summer calendar is currently copping for providing players no first-class opportunities is absolutely spot on. However it will provide selectors the clues to which squad should be travelling to New Zealand for what is going to be an important series.

Playing a series of five T20s on tour is almost unheard of, but with two T20 World Cups – first in India, then in Australia – over the next 24 months, it will give the Australian contingent an idea of how to potentially shape their squad for those tournaments in the format of the game that the men from down under have never enjoyed success in.

What makes this tour to New Zealand so intriguing is the players set to be missing from it.

Because of the quarantine timelines at the moment, and the fact the Test tour to South Africa is likely to be played from early March (whether in South Africa, Perth or the UAE), there is no way players will be able to participate in both series.

Steve Smith and David Warner are two of the big names who will be occupied with Test duties. (Patrick Hamilton/AFP /AFP via Getty Images)

On top of that, because of the impossibility to fly replacements in to join either squad, the size of the teams travelling are likely to be large.

As we just saw with the Indian tour to Australia, their mammoth squad only just had 11 players fit by the time the fourth Test rolled around.

While that may be an extreme example, it’s going to put a lot of players on a plane to South Africa, and by virtue bring in a lot of unheralded names for the T20 tour to New Zealand, allowing them to push their case for the upcoming World Cups.

In truth, it may actually be for the best when it comes to the shortest format of the game for the Aussies to undergo a major enforced shake-up.

Over five matches, you can bet there will be some seriously strong performances, and candidates who will make themselves undroppable by the time all the Test players are able to play the shortest form of the game again.

Australia’s last two major T20 series, against India and England, have both resulted in damaging 2-1 losses, and so not only will the selectors learn a lot by the squad they will be forced to pick, this is also a chance for Australia to regain form and confidence in the T20 arena.

It may be an all too early look at the team to travel, but the Big Bash stats and form can provide plenty of clues.

Firstly, you’d have to think all of David Warner, Steve Smith, Mitchell Starc, Josh Hazlewood, Pat Cummins, Matthew Wade (yes, he will make the squad) and maybe even Glenn Maxwell are going to be in South Africa. Others who are going to make an extended touring squad include Travis Head, James Pattinson, Mitchell Swepson and Michael Neser, but you’d have to think the selectors will leave the T20 side with some specialists.

That is an enormous amount of talent, and most of those guys would be walk-up starters for the best XI in the shortest format of the game.

That being said, eight players who can be picked easily doesn’t make a squad of potentially 18, and so there will be a mountain of opportunities for players who have had limited exposure on the international T20 circuit.

In the batting stakes, Ben McDermott, who has played 12 T20 internationals, will be in line for a recall although he needs to improve on his current international average of 14, while you’d also expect the experienced duo of Chris Lynn and Marcus Stoinis to make the trip to New Zealand.

The two who could be in line to debut are Josh Philippe and Jake Weatherald. They both bring versatility in that they could bat up and down the order, while at 23 and 26 years of age respectively, they bring with them longevity if they can make the jump to international level.

Philippe has had an unreal Big Bash season thus far and is the best of the Aussie batsmen in the tournament, currently sitting on 441 runs at 36.75, but more impressively, he strikes at 150.

Australia often struggle to capitalise and get enough runs, so the platform Philippe could build – as he has done throughout the season for the Sydney Sixers – would be of enormous value to the Aussies.

Weatherald on the other hand, has been a consistent performer for some seasons at Big Bash level for the Strikers, and while his batting average of 26 this season may not fill anyone with great hope, he hits the ball hard and when it comes off, he is brilliant to watch. 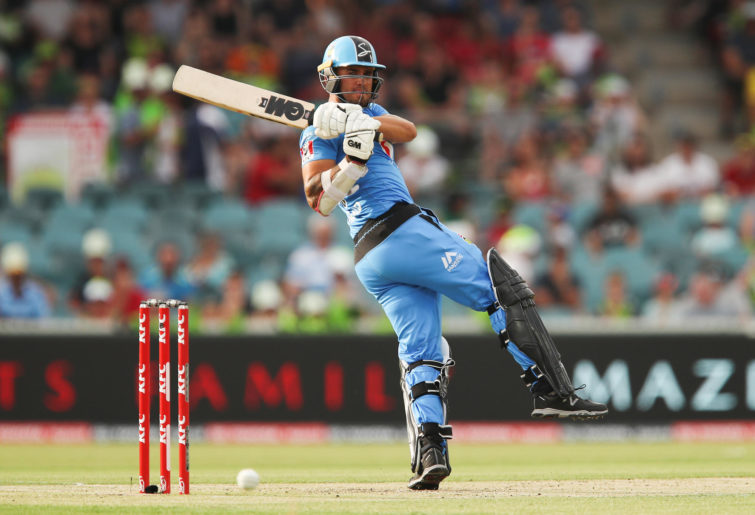 With Jhye Richardson another likely to make the trip to South Africa (25 wickets at 11 this Big Bash season), it will leave the selectors calling on some unproven talent.

While Tanveer Sangha is likely too raw to be sending on an international tour at this stage of his development, 23-year-old Wes Agar is one who is likely to head to New Zealand. He has been phenomenal for the Strikers, taking 21 wickets at 17, although his economy rate isn’t amazing.

Mark Steketee is another who has taken plenty of wickets, but struggled on the economy front, meaning it’d be difficult to justify selecting both of them.

Looking further down the list, they could go back to the well with Kane Richardson and AJ Tye, but neither have been in amazing form. Riley Meredith and Jake Wildermuth could be worthy of spots, while Jason Behrendorff, even at 30 years of age, is still working wonders with the new ball, going at under seven runs per over this season.

Again, it’s hard to know how many players need to be called in given the uncertainty of the South African series, but the depth of talent is there for the selectors to rebuild Australia’s T20 side and ramp up for the back-to-back World Cups.

What the side actually looks like come the World Cup is anyone’s guess given the players to come back in, but the selectors have an opportunity to throw some eggs at the wall and see which ones stick right now.

They will be hoping it’s all of them as Australia look to turn themselves into a T20 powerhouse.