Richardson leads the Big Bash League with 25 wickets this season and played a key role with both bat and ball in Perth’s crucial win over the Hobart Hurricanes on Friday night.

But while his quickfire 29 and vital 4-33 made the headlines – and sparked further discussion about a possible international recall – the right-arm paceman’s fancy footwork at the bowling crease also caught the eyes of keen fans and opponents.

“It was more of an instinctive thing actually; it’s not something that I’ve really worked on at training,” Richardson said of the delivery style that sees him move sideways just before releasing the ball.

“It’s something that sort of just comes into my head if the batsman’s going or I need them to sort of think about something differently, then I’ll bring it out.

“It’s just another tool to have, I guess, to make the batsman think about something different.” 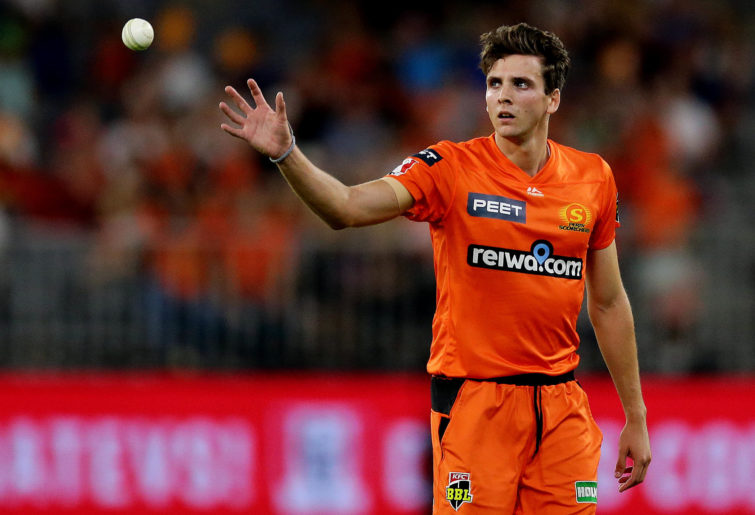 “He said that it put him off a little bit,” Richardson said.

“That’s what I’m hoping for; just to get them to think about something different or take them by surprise.”

“He’s a similar stature to me – he’s quick, small and bowls really fast – so he’s someone I’ve seen do it a little bit and have some success as well,” Richardson said.

“Being able to be athletic and bring something out like that, if it works in my favour, great.

“If not, I’ll try something else.”

Richardson was only half-joking when he said Scorchers bowling coach Matt Mason was worried about the 24-year-old’s knees holding up under the pressure of the sharp movement.

“Maybe I’ll only bring it out once in a little while,” Richardson said. 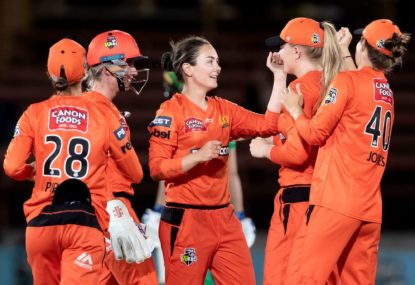