Yesterday’s marathon of cricket bought to a close BBL10’s regular season. Before the finals start, let’s look at the players who have impressed and deserve a spot in the BBL10 team of the home-and-away season.

1. Alex Hales – Sydney Thunder
The best import and possibly the best player of BBL10. He has comfortably scored the most runs over the tournament at an excellent strike rate of 163. What is most impressive has been his consistency. In the Thunder’s 14 matches he has only failed to make double figures on three occasions. In a league that rewards aggressiveness, this is an excellent effort.

In addition to the solid Usman Khawaja, the Thunder enter every game knowing that their openers will regularly put them in advantageous positions.

2. Josh Philippe – Sydney Sixers
The second-highest run-scorer of the tournament, Philippe is another worthy entrant in the team. While he is less consistent than Hales, and does have a tendency to start his innings slowly, there are few more devastating hitters when he gets into his innings. He has also improved his keeping significantly.

Once this BBL season is over, the next time we see Philippe in action will be in Australian colours during the tour of New Zealand.

3. Chris Lynn (c) – Brisbane Heat
This selection is justified purely by Lynn’s figures. He’s the third highest run scorer in the comp off only 10 games. He has the best average of any player with at least 250 tournament runs, and also has the second-best strike rate out of those batters (behind only Hales).

What makes his selection inevitable is his outsized importance to Brisbane. Lynn’s hamstring injury cost him four early games and upon his return the Heat had won only two of their first six matches and looked at long odds to make the finals. After Lynn’s return, they won five out of eight matches and made the finals. Where Lynn goes, the Heat follow.

4. Ben McDermott – Hobart Hurricanes
McDermott’s had a really nice season for the Hurricanes. He’s been asked to do a lot for that team – he has opened, played in the top-order and played in the middle order too. He has taken the gloves when asked and then moved back into the field once Mathew Wade returned.

Despite never settling in any one position in the team, he has performed all his roles admirably and walks away from the tournament as a top-10 run scorer at a strike rate of 140. As with Philippe, expect to see McDermott playing for Australia in the next couple of months.

5. Alex Carey (wk) – Adelaide Strikers
Carey was the only Strikers batter who could hold their head up high. As with McDermott, Carey moved all over the line-up but found his best form as an opener in the second half of the season. He is the fourth-highest run scorer of the tournament and made one of only two centuries in BBL10 with an excellent 101 against the Heat.

6. Mitch Marsh – Perth Scorchers
This selection is of the Mitch Marsh who hadn’t strained his side and couldn’t bowl. When Marsh is fully fit (which happens occasionally) he is a devastating hitter and a useful seam bowler capable of bowling valuable overs at the death. 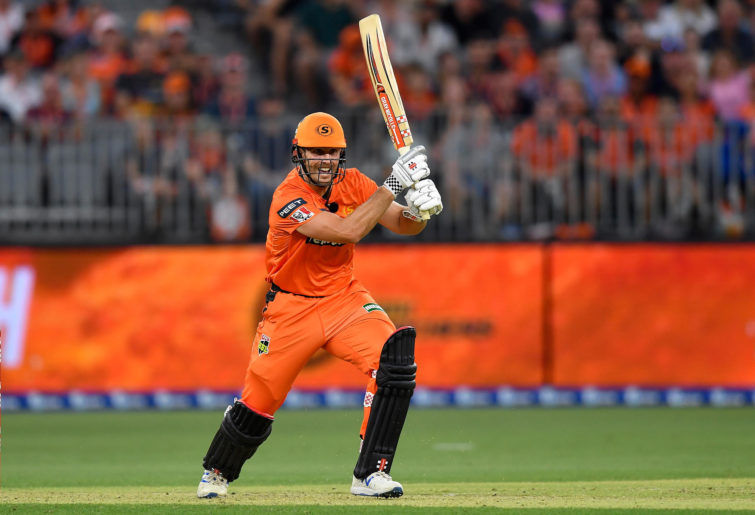 He showed these skills in a top-of-the-table clash against the Sydney Sixers when he smoked 57* off 27 and then bowled two valuable overs and picked up 1/12. Marsh has continually delivered strong end-of-the innings performances to give impetus to an inconsistent Scorchers’ top order.

7. Daniel Sams – Sydney Thunder
Sams is another player who has done their international credentials no harm in BBL10. Before an untimely hand injury, Sams combines massive hitting with the capability to bowl seam-up at the start of an innings and use his array of variations to bowl cheaply at the end.

With some competition from Lynn, Marsh and Glenn Maxwell, Sams may hit the biggest ball in the comp. He finished BBL10 with the highest strike rate of 191. His finest day came against the Heat. After picking up two wickets in the first innings, Sams came out to bat with the Thunder at 5/80 and still needing 10 runs-per-over. Sams flayed the heat for 65* off 25 and won his team the game.

8. Rashid Khan – Adelaide Strikers
It is hard in T20 cricket for a bowler to be both cheap and incisive. The bowlers who get the most wickets tend to bowl at the start and end of an innings, which is usually when batsmen are at their most aggressive. Bowlers who operate in the middle overs generally get less wickets because batsmen tend to play more conservatively in that period.

What makes Rashid so special is he gets wickets while locking a team down. Only Rashid and his countryman, Mujeeb Ur Rahman, got at least ten wickets in BBL10 while maintaining an economy rate of less than seven and a strike rate of less than 15. There is no more important bowler than Rashid in the BBL. He has a unique gravity that influences a game.

Opposition teams rarely attack his overs due to the consistent threat he offers. He’s also a fun hitter late in an innings and an infectiously enjoyable presence on the field. Cricket is more fun with Rashid Khan in it.

9. Jhye Richardson – Perth Scorchers
The best bowler in this year’s BBL and the main competition to Hales for player of the regular season. Richardson took five more wickets than any other bowler to finish with a superb 27 scalps from 14 games. What is most extraordinary about Richardson’s season is how he has taken his wickets. As mentioned with Khan, fast bowlers who take wickets are often expensive because they tend to bowl at the start and finish of innings.

Even though Richardson has bowled in these challenging periods for the Scorchers, his economy rate is only just over seven runs per over. This is elite. Richardson is also a genuine three-tool player. He is a quality fielder and a more-than-useful batsman. The question for Australian selectors is whether he belongs with the white ball team, or should he play Test cricket again.

10. Wes Agar – Adelaide Strikers
Agar was the toughest selection to make in this team. His spot could easily have gone to Mark Steketee, Nathan Ellis, Adam Zampa or Andrew Tye. The reason that Agar got the gig was that he was just a little better in the key areas. He was significantly cheaper than Steketee who may have taken 22 wickets, but was hit at an eye-watering 9.4 runs per over. Agar offers more flexibility than Zampa, and more wicket-taking punch than Tye or Ellis.

Ultimately, Agar deserves the spot. In a Strikers team that has been beset by injury, unavailability and inconsistency, Agar has been a steady presence that has regularly provided strong overs at the top and at the close of an innings.

11. Tanvir Sangha – Sydney Thunder
What a pleasant surprise Tanvir Sangha has been. The breakout star of BBL10 picked up the third most wickets in the tournament and did so at a reasonably economy rate. What is exciting is that he is only 19 years old and there is a clear potential for growth. Sangha is a bowler who is well suited to modern limited-overs cricket as he is accurate and spins the ball just enough to get wickets.

As Sangha is probably not incisive enough to be a longer-form cricketer there is value in taking him to New Zealand with Australia’s limited overs players. Even if Sangha doesn’t play, the experience of being with the squad will be valuable for his development.

Those are the 11 players who would be picked in my BBL10 team of the home-and-away season. Who would you select?

A 92-run partnership off just 36 balls between Marcus Stoinis and Daniel Sams wasn’t enough for Australia with the Black Caps winning the second T20 by 4-runs. 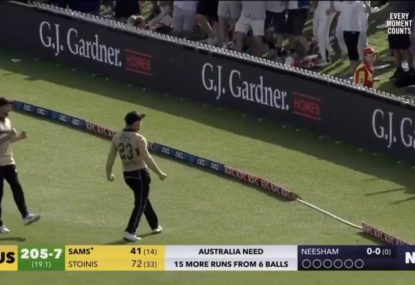 97 off 50 balls. Talk about making a statement! 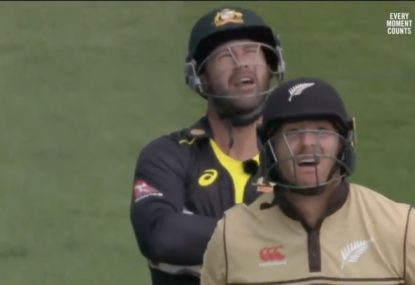 After being bowled out for just 112 on day one of the third Test against India, England needed an early breakthrough and they thought they had it. 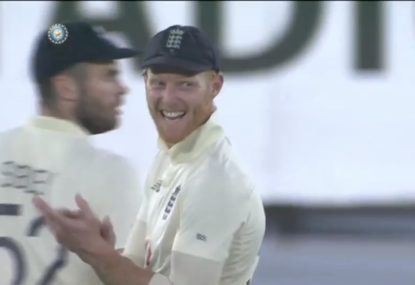 Royal Challengers Bangalore have released a series of videos with a behind-the-scenes look at what goes on in the bidding war for cricket players in the IPL auction. Glenn Maxwell ended up receiving $2.5 million for his services despite a shocking IPL last year where his highest score was 32 with the bat and he […] 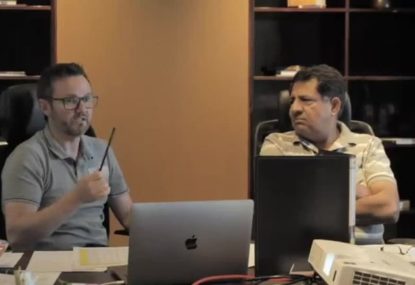