The NBA has had no shortage of stories this week, with great performances and rumours circulating through the basketball world.

From vintage performances to multiple overtime games, the NBA has never felt more competitive. With most teams about 20 games into their respective seasons, trade talks have also started to heat up (making for some interesting predictions from fans and the media alike). So, from ageing superstars performing at a high level to young stars rumoured to be on the outs, here are the five talking points this week in the NBA:

1. LeBron James is ageing like fine wine
There is no denying LeBron James’ greatness, with many still considering him the best player in the league. James has been leading the Lakers to a league-best record, and is at the top of the MVP voting. However, there are still always going to be doubters that the King can continue his brilliant play, even as he continues to dominate the league in his 18th season at the age of 36.

One Cavs executive especially got excited to see James miss a shot at the end of the third term against his old squad. ESPN stated that sources said it was Jason Hillman (the Cavaliers’ basketball chief of staff). James took this personally and erupted in the fourth quarter, scoring 21 points in the fourth to close out the Cavs and give himself a 46-point game while showcasing why no one should doubt his abilities.

“I felt like he was just a little bit too excited about seeing me miss,” James said after the game. “He was really excited about me missing that shot. A little bit more extra than I would have liked. But he’s got to root for his team, obviously. And he was, he showcased that.”

“So I knew I had another quarter, and the fourth quarter’s my favourite.”

The fourth quarter certainly is James’ favourite, as shownagainst his old team and he continues to prove that he is capable of outrunning Father Time as the Lakers look towards a repeat.

2. Lonzo on the trade block?
Reports came out from NBA insider Shams Charania of The Athletic that the New Orleans Pelicans are open to discussion about trades involving both Lonzo Ball and JJ Redick. Both Ball and Redick are decent players, with Redick providing quality sharpshooting for every team he has played for and the young Ball providing solid defence and all-around play from the point guard position.

The Pelicans, viewed as a key team in NBA trade market, are receiving calls on Lonzo Ball and JJ Redick from interested teams and have shown openness to discussing both, per sources.

More in latest Inside Pass at @TheAthletic: https://t.co/KpLWLLTMZ3

While this news does not necessarily mean that either of the players will be traded, it is fun to speculate where these players might end up. Redick could provide some great shooting off the bench for championship contenders, such as the 76ers or the Nets, while Ball could fill the point guard void for many teams (such as the Clippers or the Knicks).

It will be interesting to see how this Pelicans team may change coming up to the trade deadline, as the team seems stuck at the moment.

3. The Nuggets are looking like their old selves again
After a 1-4 start, the Denver Nuggets are finally clicking once again. The Nuggets have won five games straight, including a couple of really tight games against the Phoenix Suns. Jamal Murray has been playing well in the clutch, while Nikola Jokic has continued to play at an MVP level.

The pair is combining for 44.7 PPG, 15.7 RPG and 13.6 APG, while players like Monte Morris and Michael Porter Jr are contributing valuable production for the team. The Nuggets have been playing more aggressive, hitting their shots and playing better defence and are looking like one of the hottest teams in the NBA at the moment (along with the Utah Jazz).

If they continue this level of play, Jokic should be considered at the top of the rankings for the MVP award. 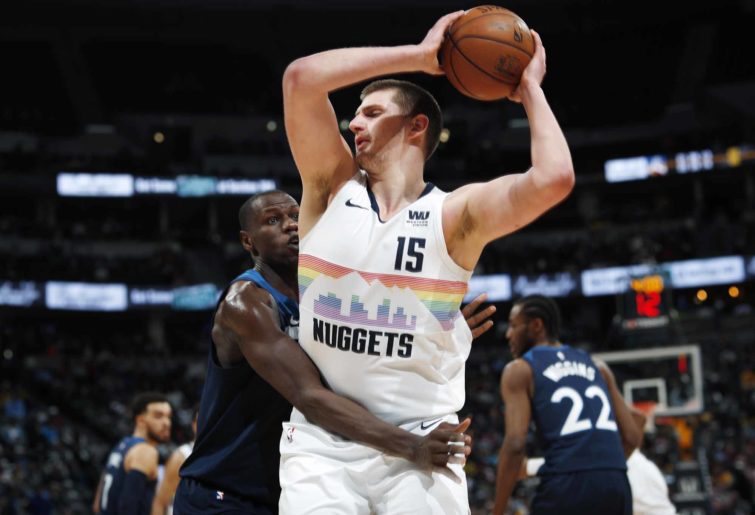 4. Wayne Ellington’s nice stretch of games
The Detroit Pistons have been terrible this season, there is no denying that. Blake Griffin’s production has dropped, Killian Hayes has been injured and their only glimmer of light seemed to be Jerami Grant’s insane level of play.

However, over the past week the veteran Wayne Ellington has been playing brilliantly from the three-point line. For the season, Ellington has shot a career-high 51.9 per cent from beyond the arc and hit 31 three-pointers across a five-game stretch for the Pistons. He has become a player that defences need to watch, and could be potential trade bait for the Pistons in order to help kickstart their rebuild.

I am sure a few championship teams would be happy with the production Ellington provides, along with the veteran experience he has brought to this Pistons team.

The sporting world had an array of tributes for the star, including Kyrie Irving wearing Bryant’s jersey to a game while Joel Embiid wore a custom pair of shoes featuring images of both Kobe and his daughter when the 76ers played against the Lakers.

Bryant was so beloved by the sporting world and the NBA will continue to mourn his loss, with so many of the current NBA talent being so close to Bryant and playing against him. It was amazing to see people show their love and support for a legend of the game who was one of the greatest players of all time. 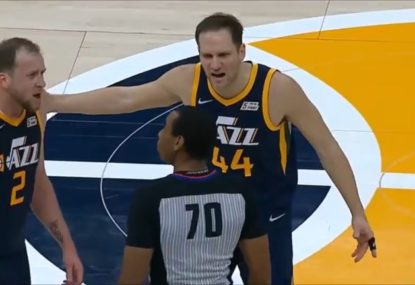