Winners and losers from the Roger Tuivasa-Sheck code switch

As the old saying goes – “when there’s smoke, there’s fire.”

And this year’s annual “RTS is switching to the All Blacks” headline has indeed confirmed that, yes – we better send Lassie to the old well – because this time, there is indeed a fire, folks.

Warriors captain Roger Tuivasa-Scheck has confirmed that following the conclusion of this year’s rugby league calendar, he will be doing the ole hoppity-hop over to rugby union, in search of the ultimate goal – winning a Rugby World Cup with the All Blacks.

Now, such a move will cause ripples across both league and rugby, but who really did well out of this deal and who didn’t? It’s time to examine the winners and losers out of this deal. And being a “bad news first” kinda guy, let’s start with the…

Warriors fans
With grand final defeats in 2002, 2011, plentiful losses and the unceremonious departures of club legends – Ali Lauiti’iti and Shaun Johnson previously – Warriors fans are sadly no strangers to heartbreak. Now, just when you thought you’d made good headway on getting past the era of playing every single game away from home, you get the bomb dropped on you about the best player and captain having decided that it’s good to touch the green, green grass of home.

He’s headed back to New Zealand and back to rugby union. I for one can honestly say that I understand the decision. What RTS gave the team last year and no doubt will this year too, is more than words can express. It can almost be considered surprising that he didn’t make the change this year. No one could’ve blamed him, but I guess that’s the mark of the man.

Warriors fans can approach this season as one last ride with him.

Nathan Brown
When you think about it, Nathan Brown has been given a raw deal coming in as Warriors coach. He now inherits a team that was performing well under interim coach Todd Payten and have added a number of new recruits. Which brings about possibly the worst thing a Warriors side can have – expectations. Fans are talking finals this and biggest pack that, but I’ve seen this merry dance before and all I can think of is all the false dawns we’ve seen over the years.

So much quality across the park and then results that haven’t lived up to the expectations to go with it. So, I would love to be wrong, especially now that Roger’s leaving, but I guess we’ll find out soon.

Rieko Ioane/Sevu Reece/Damian McKenzie
This is a prospective list, based on RTS being deployed as either a centre, wing or fullback, so basically any players on the fringe of current All Black selection, just got a new guy added into the mix. Oh, joy. That is all based on Tuivasa-Scheck getting adequate Super Rugby opportunities and being able to impress while avoiding injury.

Do I think the answer to all those questions will be ‘yes’? Well, frankly, yes. Yes, I do. 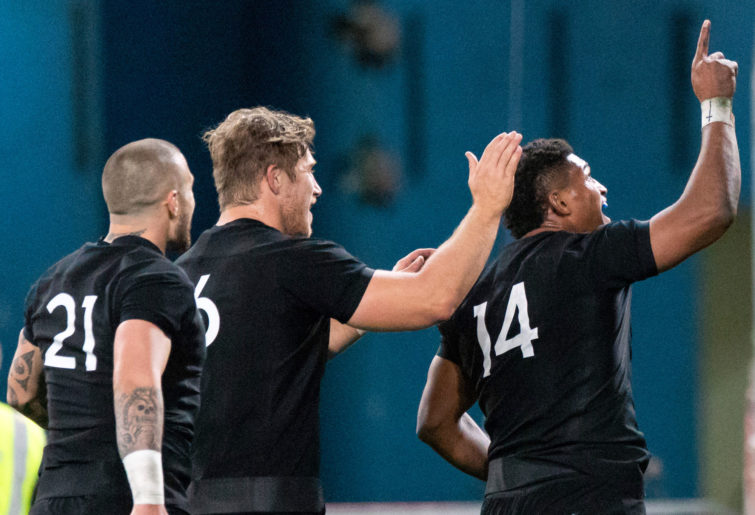 The Kiwis
The poor Kiwis. You think the Warriors have it hard – my goodness the Kiwis get the shortest end of the stick. I know that they are technically ranked number one in the world currently, but we all know who the real number one is. Tonga. But I jest (or do I?).

Seems like only yesterday that they were spanking the Kangaroos in the 2015 Anzac Test. Since then some players got a little “white line fever” (if you know what I mean), the Warriors stole their good coach, Stephen Kearney (who turned out to be rubbish for the Warriors), then employed a rubbish coach of their own, flopped at the World Cup, missed an entire playing season, only to now lose RTS.

Lovers of hyphenated league names
In league, there are some cracking double-barrel names. For every Taukeiaho, Cleary or Tedesco, there’s a Cherry-Evans, Nickoll-Klokstad or Faitala-Mariner. But the best thing about these names is that they become so long that they have to be abbreviated to three-letters. NAS, RCG, CNK. In fact, the Warriors are very strong with this year’s squad including RTS, CHT, JTB, AFB and BMM.

Take out the big dog and all of a sudden, the cupboard starts to seem a little bare.

Roger Tuivasa-Sheck and his family
The jump over to the union kingdom represents a real homecoming for the inspirational Warriors leader. Because although we know him as a league superstar who does not sidestep, but instead uses his power of mini-teleportation to evade and confuse defenders – he actually grew up in Auckland, playing rugby union and there is YouTube footage to prove it.

Playing in the Blues development squad in 2011, plus other rep teams – alongside guys like Ardie Savea and Ngani Laumape, it starts to become clear that he is not just the guy we know. A bit like when you consider that your parents were people before they had you. Whaaaaat?! Crazy, I know.

Anyways, after seeing RTS lead the Warriors with unwavering dedication in 2020 and undoubtedly 2021, I’m happy that he will get to set his feet properly at home and spend quality time with his young family. Because that what it’s all about, isn’t it?

Fresh off a 2021 season where the Blues wrapped up the Super Rugby Aotearoa title, only to be pipped in Super Rugby Trans-Tasman by the Hurricanes (just kidding, it’d be the Crusaders – damn them), they now inherit an addition to their playing roster in the form of a former union prodigy and current league superstar – Roger Tuivasa-Scheck. Think that’d sell some more season tickets? You bet your nelly it will!

RTS comes into the squad and gets deployed anywhere in the back three or potentially midfield. Personally, I’d actually like to see what he could do playing for the Highlanders on a dry track under the roof every week, but we all doubt that would happen. It’d be good though.

The All Blacks
The beauty of the All Blacks is that they don’t even need to select RTS to get better. The mere increase in competition among position groups that are already fairly stacked means that they will benefit as soon as RTS laces up the boots. It’s a tad ironic though, seeing as New Zealand rugby technically doesn’t need him. Much the same as league in Australia not needing need a prospect like Joseph Suaalii, but there you go.

Channel Nine/Stan
There’s still a lot that’s TBC about what the Nine and Stan coverage will look like this year, but any way to improve the game’s visibility and general interest on this side of the Tasman is hugely valuable. It’s a long bow to suggest that Aussie rugby and/or league fans would actually tune for a Super Rugby Aotearoa matches solely based on Tuivasa-Sheck taking the field, but hey, any type of value being added to the marketability of the game is a good thing.

The Warriors
What? Did you slip and bump your head or something? In what world do the Warriors lose their best player and win out of the deal? Well, surprisingly it’s this world here that the club are actually winning in. Because even though RTS the code-dodger is bolting at the end of the 2021 season and will likely be in rugby union til the end of 2023 (that’s a best-case scenario for the Warriors), if he returns to the NRL, he will only be returning to the Warriors.

The exclusivity clause means that if he plays in the NRL, no other club can grab him. Sure, this is a long way down the track and RTS could actually not return from union at all – or even renegotiate things anyway – but if you know him like I do (which is not very well), I can tell he’s a man of his word. He’ll be back. I can feel it in my waters.

So there you go fellow Roar dawgs – winners, losers, a time machine and Tom Jones. Roger, you will be hugely missed, but at the same time – welcome back!

Sir John Kirwan believes Beauden Barrett, as well as Brodie Retallick, must be benched for the All Blacks’ next series. 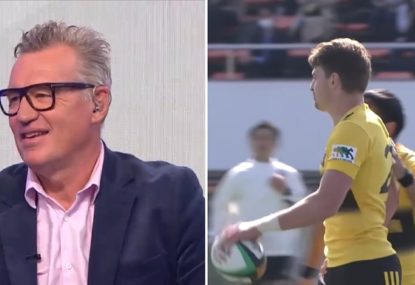