What is the role of the modern rugby referee?

I have met a number of referees over the years, all of them called Sir and they universally referred to me as “six”.

As in, “Penalty against you, six.”

During this period, there was no doubt who was in charge on the park. Referees were there to enforce the law, be treated respectfully and have one beer with the home team officials post-match before promptly departing.

Compare that to the nadir we have reached with the way referees are treated today by the players and others.

In the Tri-Nations, Michael Hooper could be heard repeatedly haranguing referee Paul Williams on whether Argentina had been given a warning and what that meant for the next penalty.

We had the now-famous Kyle Sinkler expletive gob-full at a referee captured by the microphones, Robbie Henshaw was reported to have done the same last week to referee Andrew Brace, and for some reason a French Division 2 player thought lifting a referee up above his head was an acceptable part of a celebration.

At which time exactly did we allow the players to think this type of behaviour is acceptable?

Little by little, we the rugby public, have accepted changes in player and coach behaviour, increased media criticism, and have expected the referees to not only apply the laws of the game, but also coach players to not commit offences during the run of play, all the while creating a warm and friendly environment by calling everyone by their first name, and including all members of their officiating ‘team’ in major decisions.

We are asking for the impossible.

It has got to the stage when referees are being spoken down to from every direction.

Players on the park, coaches using them for excuses for every loss sustained (refer the Cheika years) and ex-players in commentary and discussion panels pushing opinions, always one-sided and favouring their home sides, while never being challenged as to the veracity of their observations.

In addition, I must say nothing annoys me more than those who are supposed to be the public voice of the game simply not understanding the laws of the sport and then denigrating our officials on the back of their own ignorance.

It is this broad acceptance of the erosion of the referee’s authority which sits at the core of the issue. Seeing referees having to take time out of the game to explain themselves to players and captains is just all sorts of wrong. 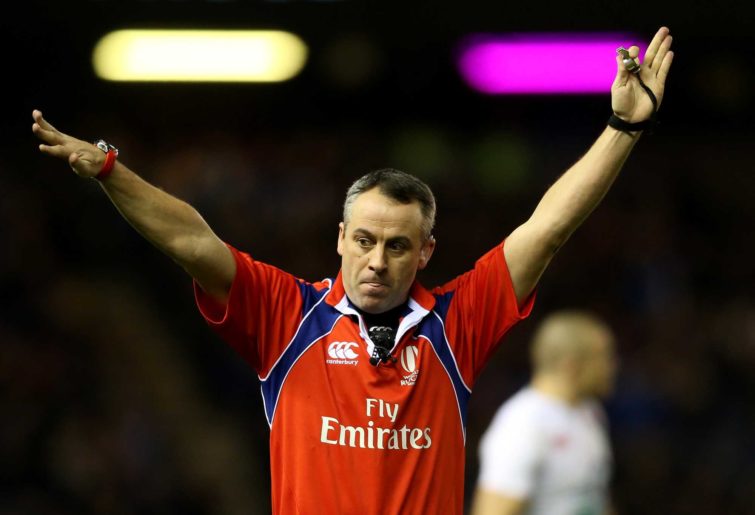 How a match official makes a call when they are expecting a torrent of abuse, both on-field immediately, and for days afterwards in the media if they get it wrong, is beyond me.

Last year, you had a real sense that referees in the international matches were making decisions primarily based what they had been directed, rather than simply calling what they were seeing within a directive’s context.

This is a small but really important difference.

And now, looming up right in front of us is the Six Nations, to be shortly followed by Super Rugbys AU and Aotearoa.

In my recent open letter to World Rugby, I spoke of the need to re-establish the role of the officials and hope that this year, those responsible for our game find a way to reverse this seriously disturbing trend at the top of our sport.

If I am allowed to prioritise to three actions, referees will:

•Only speak to captains
•March teams back ten metres for dissent (yep, it’s a thing)
•Not coach players

Surely we have to start somewhere, and there’s no time like the present.