Who are the Crows players who should play to their optimum level in 2021?

To be eligible for selection, a player must have played at least five games in 2020, so there can be a reference point as far as those players who apply their talent the best at AFL level.

Here are the ten players (plus an honourable mention) who will stand out from the pack in 2021 in terms of performing to their optimum level.

Honourable mention
Daniel Talia is still a player who’s in the Crows 22. It’s obvious that he is coming towards the end of his career, but he always tries to fulfill his role at fullback.

He will need to improve his consistency from 2020. There will be more reliance on him, with the loss of Kyle Hartigan to the Hawthorn Hawks.

10. Darcy Fogarty
Darcy Fogarty will most probably play at centre half-forward and do a good job in fulfilling that role. He is a prodigious young talent who needs to be in the Adelaide Crows best 22 when fit and available to showcase the ability that he possesses.

8. Tom Lynch
Tom Lynch may have played 13 of 17 games in 2020, but he still finished ninth in the Adelaide Crows best and fairest. He averaged the fifth most disposals of any Adelaide Crows player.

Expect him to be a pivotal part of the Crows team if he can stay injury-free.

7. Tom Doedee
Tom Doedee will be a pivotal part of an Adelaide Crows defence missing Kyle Hartigan. Hopefully, Doedee will be injury-free in 2021 as he only managed to play 11 games in 2020.

Despite being a key defender, he averaged the tenth most possessions of any Adelaide Crows player last season. Expect him to improve in 2021; fingers crossed he can play well and be a pivotal part of the Crows jigsaw puzzle.

He needs to add goals to his game and get more disposals as he only averaged the 11th most disposals of Adelaide Crows players in 2020. Based on his ability, he is capable of making the All Australian squad this season, but will he perform at his optimum level? 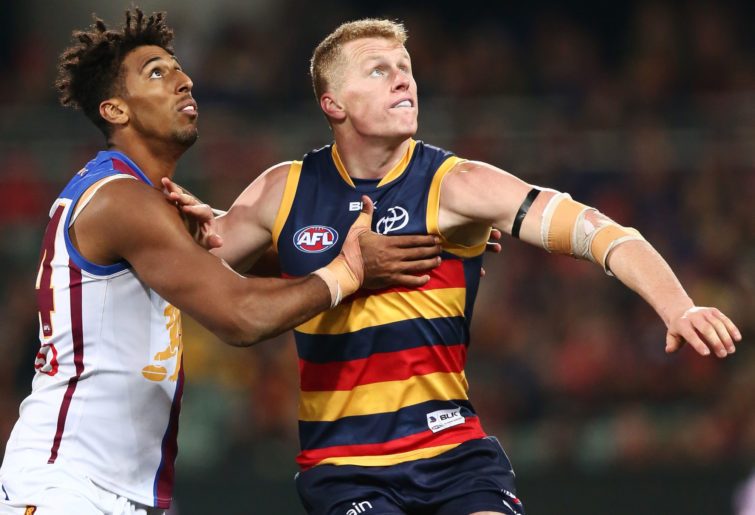 What can Reilly O’Brien achieve in 2021? (Photo by Morne de Klerk/Getty Images)

5. Brodie Smith
Brodie Smith missed just one game last year. He is a player that goes about his business quietly and is capable of playing multiple roles.

He will probably play on the halfback flank in 2021 and do a good job providing run out of defence.

He was a key player for the Adelaide Crows in 2020 where he averaged the fifth most disposals of any player in the competition. He will continue to be a pivotal part of their team as he performs at a consistently high level.

3. Rory Sloane
Rory Sloane may be coming to the end of his career, but he is a cult hero at the Adelaide Crows because he is such an inspirational player.

Even though he only played 12 out of 17 games last season, he still managed to finish in the top ten in the best and fairest. Expect him to replicate the endeavour he has displayed throughout his career in 2021.

It would be great to have two of him to pick from in the Adelaide Crows best 22; one off the halfback flank and the other in the midfield.

He has evolved from being a defender that provided run out of the backline into an inside midfielder. He has been a revelation and should continue to be that in 2021.

1. Luke Brown
Luke Brown is a player who performs to the level that he is capable of. He doesn’t shirk a contest.

He managed to finish third in the Adelaide Crows best and fairest in 2020, featuring in all 17 matches of the COVID-interrupted season.

On talent alone, he wouldn’t warrant a place in the top five of the best and fairest. It’s a testament to how he applies his ability.

Hopefully, he can replicate his high level of endeavour displayed in season 2020 and prove it wasn’t an aberration, when he applies himself this year.

It comes after Adelaide’s Chelsea Randall was stood down from the AFLW Grand Final under the mandatory 12-day policy. 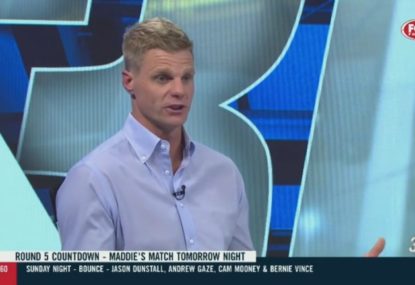 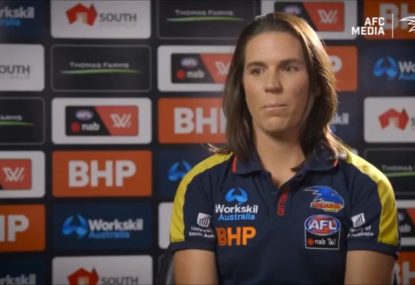