Five predictions for the 2021 AFL season

The 2020 AFL season was exhausting to be put lightly, with COVID-19 forcing the league to look into all new avenues to have the season go on, teams were forced into hubs, empty stadiums and a plethora of new challenges.

The upcoming season will have fans at the home of football, the MCG, 22 home-and-away games and actual home games. With that being said, here are five predictions for the promising 2021 AFL season.

1. Jordan De Goey will make the All-Australian team
Jordan De Goey is one of the most polarising players in the AFL, being someone who has had a career riddled with controversies off the field, injuries, inconsistent form and moments of pure footballing brilliance. De Goey’s 2020 campaign featured all those above issues, with an indecent assault charge and poor form plaguing his first half of the season, then a finger injury halting the second half just as he looked to be back to form.

This meant he could never get going at 100 per cent during the season. De Goey plays his best football when one-out in the goal square, something he showed during his spectacular 2018 season. But in the past two years, he has featured less in that role due to Jaidyn Stephenson’s rise in that position. With Stephenson now at North after a turbulent ending to his Collingwood career, De Goey is primed to feature as Collingwood’s primary full-forward, and therefore get a better crack at the position he plays best in.

Look for him to have a more productive season that his 2018 one, where he made the All-Australian 40 squad after only 17 games, and therefore get his first AA blazer.

2. West Coast will make the top two
West Coast was one of the teams that struggled the most with hub life during the 2020 AFL season, posting a record of 5-5 when in their Queensland-based hub. They finished with a record of 12-5 however, showcasing their home ground dominance, going 7-0 during the home-and-away season at Optus Stadium and only suffering one total loss there, coming at the hands of Collingwood in a spectacular one-point loss in the first week of the finals.

Like many other teams, they were forced to spend more than half their season away from their homes and away from loved ones. When firing the Eagles showed what they can produce, with Nic Naitanui back to his All Australian self, Josh Kennedy proving age wrong and the backline being its usual self, the Eagles at times looked like the best team in the league.

Injuries to Elliot Yeo proved costly as he was dearly missed in their last section of games, mainly the elimination final. With a normal home-and-away season set up, West Coast will then be able to play 11 games at their fortress, Optus Stadium. The Eagles will no doubt be looking to capitalise on the potential they showcased in 2020 and improve to the top four, but I see them booking a home final at Optus in the first week of September.

3. Joe Daniher will prove to be the best recruit of the 2021 season
Joe Daniher’s career at Essendon came to a sad but predictable end during the 2020 free agency period. Daniher first tempted the idea of leaving the Bombers when he requested a trade during the 2019 trade period, a year before his contract would expire. Sydney and Essendon would engage in stern talks over the key forwards future, but no agreement could be reached, and Essendon hoped to change Daniher’s mind about his future with the Bombers.

But another season of injury and an unsuccessful Essendon team meant Daniher’s time there would be up in no time. It came as a surprise to many when the Brisbane Lions were the team going after Daniher’s services, a team that has now become a perennial contender in the league, something the Bombers could not offer Daniher. But there was more to Brisbane than just being a contender.

For starters, their recent track record with saving formerly injury-plagued players such as Lincoln McCarthy would appeal to Daniher, someone who has lost three seasons to injury. But maybe more importantly, it was the fact that Brisbane is not the crazy football-oriented bubble that Melbourne is.

If Daniher can return to his former All-Australian form then Brisbane would have their one missing piece, a genuine key forward. And for Daniher, he will not have to be the one that carries all the pressure and weight of the team, as Brisbane is stacked with players of all ages ready to have a tilt at a premiership. 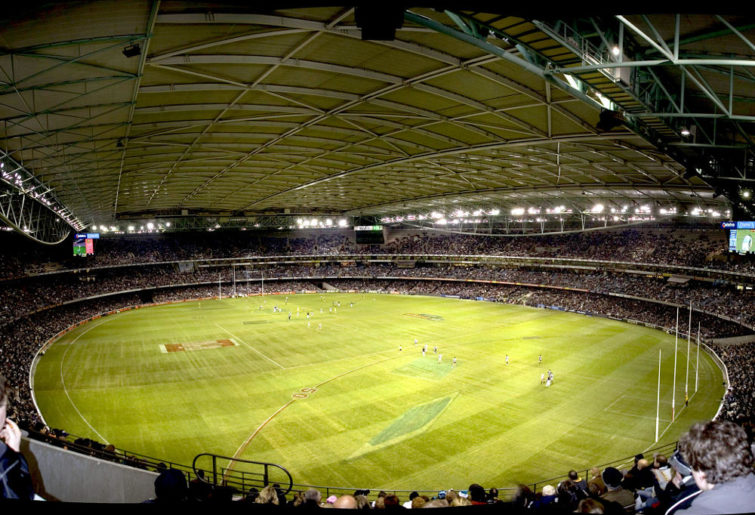 4. Port will suffer from a drop-off in form this year
Port Adelaide was one of the great stories of the 2020 season, a team that shocked many of the AFL pundits and turned in the league’s best record to finish top of the ladder. Though their season would come to a heartbreaking end with a six-point loss in the preliminary final to eventual premiers Richmond, it was a season that the players and fans could be proud of.

But 2020 has no impact on the 2021 season, and this will show with Port Adelaide as they will be bound to suffer from a drop this season. Not to say they won’t make finals, I have them firmly in the fourth to sixth range, but it is just more that they won’t be the clear best home-and-away team or one of the clear top two for that matter.

The main factor behind this is the best opposing teams, namely Richmond, will be there again. As mentioned before West Coast and Brisbane will improve. Geelong will be looking to go one better than their 2020 grand final loss and with all their big free agency additions, and they will have a say in the top four.

And then there are seven teams all looking to make finals and all who have a genuine chance in making the eight (Saints, Collingwood, Bulldogs, GWS, Fremantle, Carlton and Melbourne) meaning, for the most part, there are not many easy games, especially now that you are viewed upon as one of the league’s best, a task that flash-in-the-pan teams have struggled with time and time again.

This point is not saying Port will completely fall off the map (calm down Port fans), but just saying that I find it hard to believe that they will repeat the incredible feat they achieved last year.

5. Fremantle will make the eight
The final of these five points may be the most agreeable or most shocking, depending on which side you face, but the Fremantle Dockers will finish in the top eight and end their six-year finals drought. In his first year as head coach, Justin Longmuir developed a team filled with young guns such as Caleb Serong, Adam Cerra, Andrew Brayshaw and elite stars of the comp in Nat Fyfe and Michael Walters.

Longmuir’s system has turned them into one of the most promising lists in the AFL, as they have a stacked midfield, a more than solid defence and now behind the emergence of Matt Taberner, a good forward line. Like his success in at Collingwood from 2018-2019, Longmuir brought in a level of professionalism and desire that the club had been lacking in past years.

As a team that looks set to explode and with young guns ready to take the next step, watch out for Longmuir and the Dockers to make the eight and improve on their promising 2020 season.