Maybe it’s not quite the way he thought his career would go once upon a time when he was in and around the Australian side, but now with 340 T20s under his belt, the gun for hire is one of the best.

The all-rounder is consistent with bat and ball every time he walks onto the field, and the Sydney Sixers will be expecting no different this evening when they arrive at the Sydney Cricket Ground for the Big Bash final against the Perth Scorchers.

This will be their first home game of the season owing to COVID border restrictions, which have ruled the Sydney teams ineligible to host a single game. The Sixers have put on a miraculous performance just to make it this far through their various bubbles and time on the road.

Despite that, being the best team throughout the regular season, having a litany of experienced and in-form players, and home-ground advantage for a final, they will come into the game as narrow outsiders. 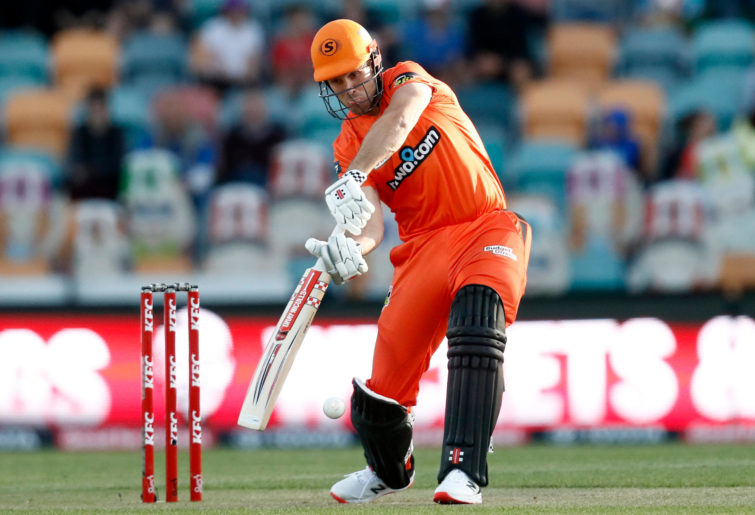 They have been in more finals than they have missed across the ten seasons of the competition and know how to win big matches better than anyone else. When winning is such a culture of your franchise, it makes playing big games contagious.

And to bounce back from the loss to the Sixers in the opening final, even after losing their own home knockout against the Brisbane Heat thanks to a Western Australia border shutting, was something special.

The way they did it without big-name international Jason Roy was even more special as they racked 1-189 off 18.1 overs before rain intervened and cut their innings short. Cameron Bancroft came in and did a job, Liam Livingstone was phenomenal and Mitchell Marsh lived up to his usual class.

And of course, the bowling attack for the men in orange is up there with the best in the Big Bash, with Jhye Richardson, Jason Behrendorff, AJ Tye and Fawad Ahmed all having international experience in the shortest form of the game.

They are a force to be reckoned with, and they will have put new plans in place following the beating last week in Canberra to get the finals underway.

But further to that, in this crazy summer, continuing to play and staying in the rhythm of doing so may actually give the Scorchers a fairly large advantage heading into the final.

Enter Dan Christian, a man who has played in more grand finals than some players have matches on the T20 circuit. When quizzed the other day, he didn’t even know how many he had won.

That isn’t arrogance either. That is just fact. He has lost count. They date back for over a decade and there is a reason the 37-year-old is still picked up and fought over by clubs in T20 competitions the world over.

His numbers, having played so many matches in the shortest format of the game, are remarkable. The consistency he has shown is second to none, but even more than that, when he should be winding down his career, he is seemingly going the opposite way.

While he had virtually no impact a week ago (the Sixers only lost one wicket), he has been clinical at lifting the tempo for the Sixers during the power surge this season, in what has been a real difference maker for the men in magenta.

Statistically, he has 252 runs at an average of 36, but more importantly a strike rate of over 180 this season, while he also has 13 wickets to his credit, often being something of a big moment man for the Sixers. You’d only expect Christian’s experience to come to the fore more in a big game like this, but he certainly isn’t doing it on his own.

The Sixers also gain back Moises Henriques from the international bubble after he was selected as part of the squad to play India during the summer, while they also have Steve O’Keefe, who has been an integral part of their run through the season and past seasons.

Then there is the unreal form of Josh Philippe, which could take the game away from the visitors early. If he doesn’t though, it will be up to those experienced individuals down the order to carry the baton home for the home side.

This is anything but a foregone conclusion though as the BBL’s two most successful clubs in history go up against each other in a final that could well go either way, and still may well be impacted by the fickle Sydney weather.

It’s a game that is impossible to tip, and has more twists, turns and potential story lines than you can poke a stick at.

But if we get a match on this evening, the first in Sydney for the summer, it’s going to be a cracker.

Dan Christian may just hold the keys to back-to-back premierships for the Sixers.