NRL on the money with new rules

There will be points galore on offer as the NRL introduce many new rule changes before the season opener on March 11.

Let’s have a look at the new rules and how they will affect the game, listed from least to most impactful.

1. If a captain’s challenge is inconclusive a team will retain their captain’s challenge
This is always going to be a grey area and will initially lead to more challenges earlier in games and slightly more stoppages. Overall it won’t affect the game much at all.

2. A play the ball restart if the ball goes over the sideline
Less scrums, more action. Great!

3. Teams penalised for leaving a scrum before the referee calls break
It’s about time the game dealt with this issue. We will now see much better action from set scrum plays.

4. A handover will be ordered when a player does not make a genuine attempt to play the ball correctly with their foot
This is a no brainer and a pet peeve. It is a very basic law of the game that has been eroded over the years to the point of nonsense. It signals the game’s intention to try and restore some integrity to the play of the ball.

Look for Andrew Fifita to be regularly handing the ball over to the opposition early in the season. He and countless others haven’t used their foot for years and it is a disgrace that we need to make new rules to enforce rules that have been part of the fabric of the game since 1908. 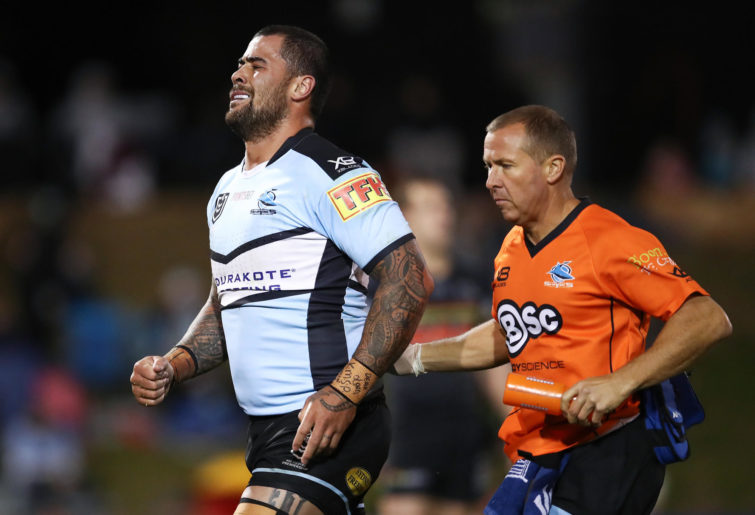 5. Six-again to be called for ten-metre infringements
I like this change. Hopefully it means the teams that live offside early in the count will be called for the offence more regularly. Also goal-line defences that are always a metre off the line might find themselves facing 20 tackle sets.

6. The bunker will review all scoring plays but a conversion attempt will not be allowed until it gets the green light
This rule is straight out of the NFL and is a total no brainer. When the ref awards a try it will automatically be reviewed. This will take away the tediousness of the refs having to ask for a review. The refs will be more likely to award tries and the absolute howlers will be more easily avoided. There may be some teething problems but this is a step towards the future.

7. Two-point field goals for kicks taken from more than 40 metres out
This is a dumb rule. Encouraging more field goal kicking achieves nothing. If you’re 40 metres out and two points behind towards the end of a game, you should be trying to score a try, not throwing your last chance away on a miracle field goal.

8. If a trainer asks for play to be stopped the injured player must be interchanged or leave the field for two minutes of play
This is a great decision from the NRL. In the new age of player safety the trainers have been taking advantage of the referees waving their magic wand to stop play and greatly impacting the flow of the game. It may seem harsh but it is a result of too many clubs flat out cheating with fake injuries.

Overall the rule changes make sense. The NRL, under Peter V’landys’ leadership, continues to make big strides forward in restoring an integrity to the game, which has been eroded by unscrupulous, self-interested clubs and coaches, particularly in the NRL era.

These cheating clubs have been aided and empowered by a television media that crucifies referees whenever they blow their whistles. The six-again rule in particular has tried to address that and I applaud the efforts of the NRL commission to give the game back to the fans.

Which is your favourite (or least favourite) new rule?