It was a baptism of fire for Ryan as after just 74 seconds he was beaten by a deflected shot from Villa’s Ollie Watkins, the only goal of the match at Villa Park.

The goal came after a loose pass by Arsenal’s Cedric Soares, with Watkins’ strike deflecting off Rob Holding to squirm past Ryan.

But Ryan went on to make seven saves in a strong debut, including a diving stop to deny Jack Grealish late in the game.

He also saved shots from Villa’s Ross Barkley, John McGinn and Watkins in the second half.

“On first reflection, I think there were plenty of positives for me and I loved being out there,” Ryan told Optus Sport after the match.

“It still hasn’t sunk in that it’s my childhood club that I supported and I just played for them.

“I think as it sinks in, post game and I reflect it will be nice. But I wanted the perfect start with the result.” 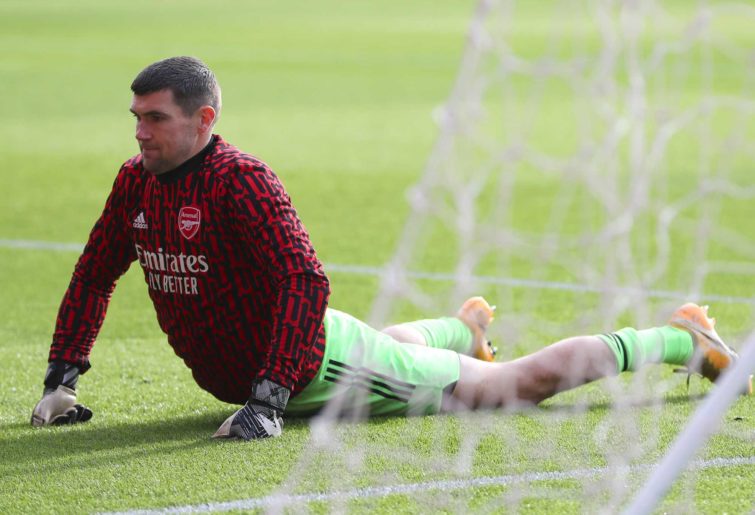 With his debut, Ryan became the first Australian to appear for Arsenal in a competitive game since John Kosmina in 1978.

The 28-year-old was signed on loan from Brighton last month and came into Arsenal’s starting side to replace Bernd Leno, who was suspended last week.

Villa’s 1-0 win lifted them above Tottenham to eighth on the Premier League table, while Arsenal remained at tenth.

Villa keeper Emi Martinez, who was sold by Arsenal in September, was important with several fine saves, especially his effort to stop a Granit Xhaka free kick that was heading into the top corner.

In other Premier League clashes on Saturday, a nine-man Newcastle held on to beat Southampton 3-2, while Burnley and Brighton drew 1-1.

Newcastle were 2-0 up within 26 minutes against Southampton, who were looking to recover from their 9-0 drubbing at Manchester United.

Takumi Minamino, on loan from Liverpool, pulled one back, only for Miguel Almiron to add his second and Newcastle’s third before half-time.

Jeff Hendrick was sent off for a second yellow card early in the second half and an injury to Fabian Schar meant Newcastle were down to nine men late in the match, but they held on.

The win lifted them to 16th, above Burnley, who were held to a 1-1 draw at home by Brighton, as Johann Berg Gudmundsson cancelled out Lewis Dunk’s opener.