Despite the discussions, accusations and disappointment regarding Australia pulling out of their tour of South Africa, no one is asking the question “now what?”

What can Cricket Australia do to repair relations with Cricket South Africa and still try to fulfil their obligation to play a Test series there?

The series has after all only been postponed, not cancelled. My proposal is a co-hosted Test series between Australia and South Africa in the summer of 2022-23.

Australia’s obligations in the upcoming two and a half years are already quite demanding.

Three World Cups, Test tours of India, Pakistan, Sri Lanka, Afghanistan and maybe Bangladesh to be compensated from the missed tour last year (although that seems very unlikely to happen), the Ashes at home next summer and then in England in 2023 as well as the possibility of a World Test Championship Final this year and again in 2023.

Squeezing in anything on top of these existing commitments seems impossible. Therefore, I propose an almost never tried idea: a co-hosted Test series.

It would be only the second ever Test series to be co-hosted by each competing side (South Africa and Zimbabwe co-hosted a two Test series in 1999). Each country “loses” hosting one Test match based on the original schedule.

However, it is fair to both countries and considering we are in a global pandemic losing just one Test each seems reasonable.

This could be a beautiful, unifying Test series between two countries who have a close cricketing history and relationship but in which the later has recently become strained. 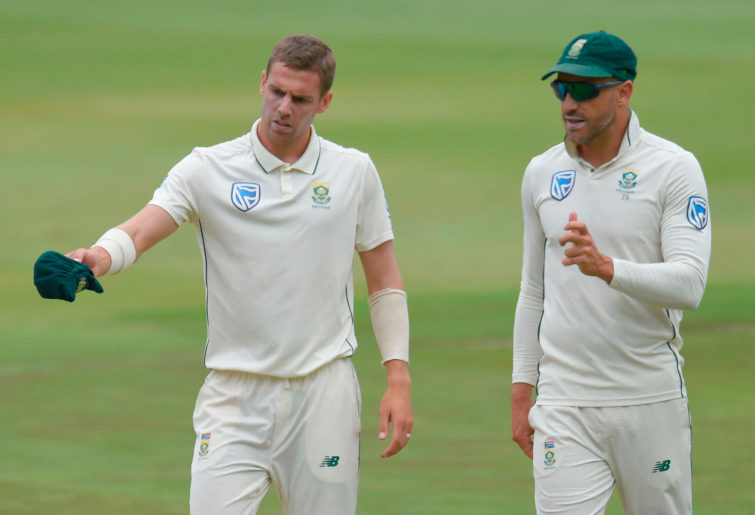 Would a shared Test series work for South Africa and Australia? (Photo by Christiaan Kotze / AFP)

Considering Australia, South Africa, New Zealand and Zimbabwe are all southern hemisphere countries with similar cricket seasons it is surprising something like this has not been discussed more in the past.

It works in rugby, why not in cricket too? Long gone are the weeks long boat trips or months long tours. With widely accessible TV and internet streaming viewing options, fans would still be able to engage in the entire series as well.

Southern hemisphere teams could play each other in multiple countries as part of the one tournament or series.

Perhaps even The Tri Nations, or a four-team championship. Does this sound familiar?

A big topic that would need to be decided if the co-hosted Test series went ahead is who gets to host the lucrative Boxing Day and New Year’s Tests.

Australians may baulk at even the idea that this would be up for debate, but if we want this series to be an illustration of good will and unity then these two marquee Tests also must be shared.

Sydneysiders will be devastated but I think few can argue with the Boxing Day MCG Test being the bigger of the two.

Thus, the New Year’s Test should go to South Africa and the SCG Test would be shifted to mid-December. If it were successful, this could be done more in the future between all southern hemisphere cricketing countries.

Imagine the local public interest and financial benefits of Australia playing a New Year’s or, dare I say it, a Boxing Day Test in South Africa, or at a packed Eden Park in Auckland, or perhaps even in Zimbabwe one day.

In a time when Cricket Australia’s commitment and responsibility to help cricket globally has been questioned such an innovation would go a long way to undoing the damage that has been done.