16. St George Illawarra Dragons
Last year: 12th
The Dragons have had to give up many big-name players, including Duan Aiken, Tyson Frizzell, Jacob Host, Tim Lafai, Jason Saab, Tristian Saylor and Korbin Sims and also had to deal with the retirement of James Graham.

This has destroyed the Dragons’ hopes of any sort of finals appearance this season, and if they were not hurt enough with these departures, they had the killer bullet fired at them as Cameron McInnes suffered a ruptured ACL and will almost certainly miss all of 2021, before heading to rivals Cronulla Sharks in 2022.

Cameron McInnes was not just one of the best defenders and hookers in the game, but was also an undisputed hard-worker and strong leader for the Red V in 2020. They will most certainly miss his presence in the squad.

Some light at the end of the tunnel for the Dragons is the inclusion of Andrew McCullough, who will be able to try and do his best job at filling in the hooker role at St George, as the 260-game man will be likely to become captain this season.

Daniel Alvaro will be a replacement for Korbin Sims, who is headed to England to play in the English Super League. Alvaro might have to move into the second-row position as Blake Lawrie and Paul Vaughan are probably the better players for the prop role.

The Dragons really set the tone at the start of their 2020 season, beginning the season 0-4, which led them to another poor season. During the season, however, they were able to pull off some slightly convincing wins, but not enough to put them in finals contention. 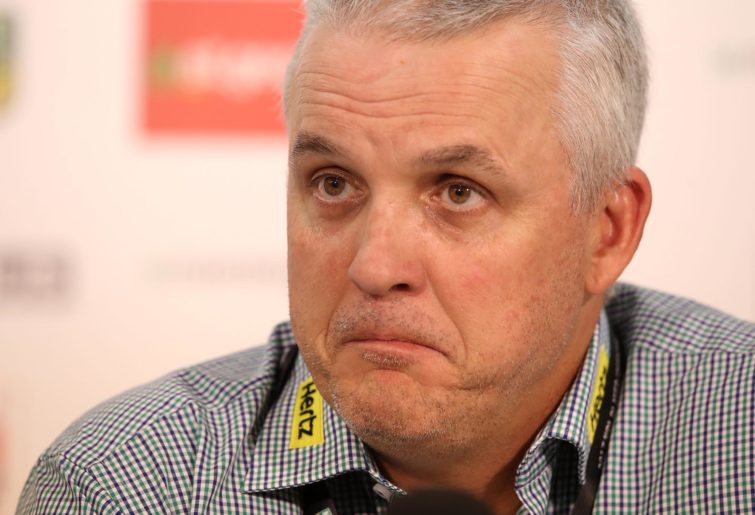 With all of their worries, the Dragons will pick up their franchise’s first wooden spoon since 1938.

Wins were hard to come by for the Cowboys as their season was full of disappointing losses, however, they were able to secure a win every now and again, with wins coming against the Bulldogs, Knights, Dragons, Broncos and a 30-point victory against Gold Coast.

The reason the Cowboys will take a further step back in the standings this year is that they will lose key leadership in Gavin Cooper, and give up rising stars like Tom Opacic and John Asiata as John was signed on a one-year deal by the Broncos.

North Queensland have signed no big-name players so far this off-season, with a portion of their signings being young players like Michael Bell and Kane Bradley. Another blow for the Cows is arguably their best player, Jason Taumalolo, has been put on minutes restrictions and will be only able to play a maximum of 50 minutes.

Taumalolo runs that forward pack and will miss some key minutes this season.

The Cowboys will continue to be in rebuild mode in 2021 and have another miserable season, narrowly avoiding the spoon in 15th place.

14. Manly Sea Eagles
Last year: 13th
The Sea Eagles had their second-straight season washed down the drain last year, as Tom Trbojevic suffered his second-straight hamstring injury in June against the Canberra Raiders.

Tom suffered the same injury in 2019, which ruled him out for the whole season. Trbojevic had some rare luck last year, well, at least we thought he did, as he made a comeback in Round 19 against the Gold Coast Titans, only to suffer another injury – this time to his shoulder.

Despite Manly being out of finals contention by that stage of the season, the Sea Eagles star fullback was likely to be fit to play Origin, however, was immediately ruled out of those talks after the unfortunate shoulder injury.

Tom will be welcomed back into the playing squad and will hope not to rupture his hamstring for the third time in his career. Even if Trbojevic has a successful season with no injuries, Manly will still have a failure of a season.

Even with a fit Tommy Turbo, can Manly get anywhere near the eight in 2021? (Photo by Cameron Spencer/Getty Images)

Many might argue that Tommy Turbo is back, and they will be finals contenders. This is a fair argument; however, Manly released a lot of key players and lost some to other clubs – some of the big-name players include Brendan Elliot, Addin Fonua-Blake, Danny Levi, Joel Thompson, and Corey Waddell.

This puts a big hole in the Sea Eagles’ forward pack.

They have acquired some experience during the off-season in Kieran Foran. The 30-year-old will be in the halves alongside 2020 Maroons captain Daly Cherry-Evans.

Some other great players they were able to pick up are Josh Aloiai, Andrew Davey and Jason Saab. Manly will be hoping these replacements for their departed players will shine bright in 2021.

However, because of the hole left by their departing key players, they will finish 14th.