Super Rugby AU Week 1: Back on like Donkey Kong

The Roar
17th February, 2021
117
Join the conversation
2742 Reads
Advertisement
Write for The Roar

Yes, Roarers, the panel is back.

Happy to start the 2021 season on time, but not necessarily any better prepared.

But all ready, able-ish and willing to kick off every weekend in this little patch of the rugby world with only the kind of strange prediction, curious banter, and unreasonable reasoning that the panel is known for.

The panel has lost a member, however, with Nobes electing to sit out the Super Rugby season on account of him not being able to see games.

The panel tried to talk him out of it, citing Geoff’s performance last year and Brett’s performance most years before that as proof that watching games often does not help at all.

But we respect his decision and look forward to seeing him pop up in the comments. And we have already pencilled him in for The Rugby Championship.

Time to get into it.

Hullo, everyone. Just like legends Bjorn Borg, Anika Sorenstam, Bobby Jones, Rocky Marciano, and Michael Jordan, the reigning and still champion Springboks have decided to quit at the top.

What’s a rugby tragic to do? Well, follow the dreary Five and a Half mudder comp, watch Chasing the Sun for the umpteenth time, and get into Aussie Super Rugby!

This week: home teams by a lot. The Reds will steamroll the Tahs in the ancient dynastic rivalry, and the Perthian Force will cut the Maul Rats down to size.

SURE THING: He who kicks best shalt win. 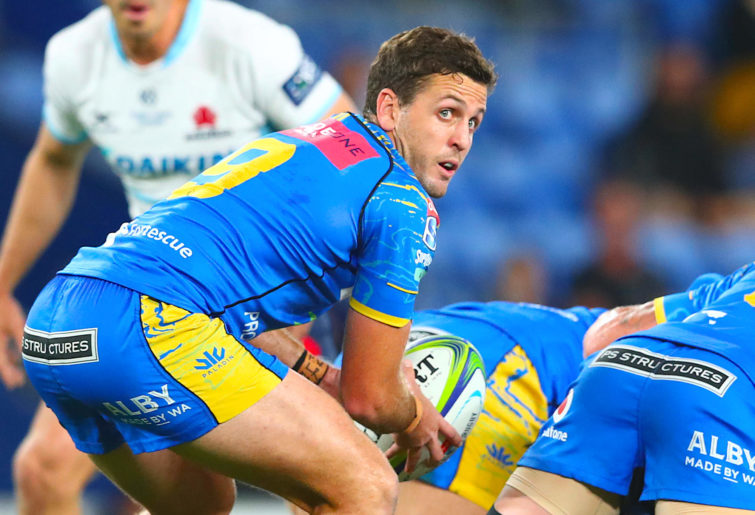 If I’ve said it once, I’ve said it a million times in tipping panels: this week looks obvious and I’ve very worried about it.

The Reds just look strong, however the names fall on Brad Thorn’s team sheet. This feels like one of those games where we’ll find out plenty about both sides, and I don’t think it’s going to make for comfortable viewing for the Waratahs.

There’s plenty of talent in that NSW side, but they’ll collectively land in a world of pain if second year syndrome hits the squad en masse, rather than a few individuals.

Equally though, a bit of pressure on the Reds to run up the expected winning margin. A winning penalty goal in the 78th minute won’t make for great headlines.

Over in the west, it’s nothing to lose for the Force, playing with freedom in front of a big home crowd for the first time in years, and ready to prove that all their off-season spending has been worth it.

The Brumbies, meanwhile, were happy to leave Canberra on Wednesday evening and actually be refreshed from an away game, rather than land at the ground in a travel-day-stupor.

I’ll be intrigued to see what sort of difference that makes for all sides this season.

SURE THING: Maybe this is more giving myself an out than a ‘sure thing’ per se, but it would actually be pretty cool if the Force could reward the Sea of Blue and claim a second straight Super Rugby win at home, 1316 days after the last. It’d bugger my tipping up, obviously, but it would be pretty cool.

Rugby’s back. How good?

Hard to go past the Reds in the season opener, even with their litany of absentees. Taniela Tupou’s move to the bench is a head-scratcher, but there’s more than enough quality in the Queensland line-up to deal with the young Waratahs.

The difference between the two benches is particularly eye-catching.

I’m seeing a lot of love for the Force, but while I can get right around the sentiment, I’m not sure I agree with the proposed result.

The Brumbies are still a strong side, while Tim Sampson’s men might take a week or two to find their feet with lots of new combinations. With Nic White and Noah Lolesio running the show, the Ponies will start their title defence with the right result. 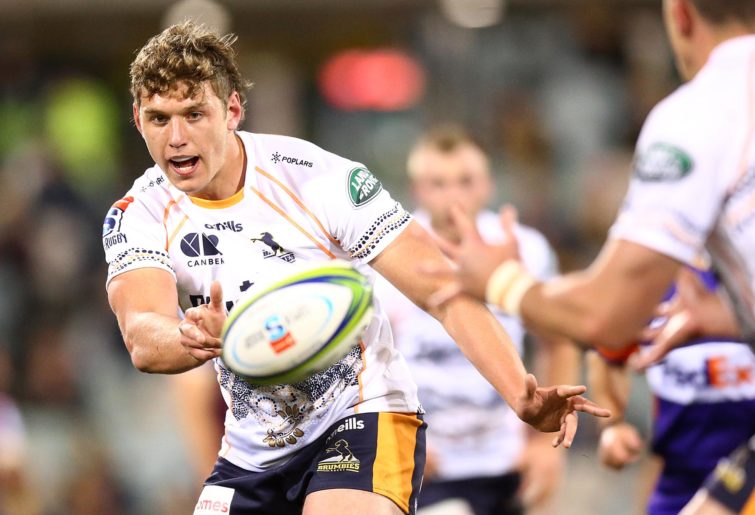 SURE THING: Mentions of the James O’Connor redemption story to come in well over the 11.5 line when he leads the Reds out tomorrow night.

I must admit, I am looking forward to listening what the new commentary team will bring from over the ditch in what is clearly a first-round highlight for me in Super AU.

I will start this year off with the fearless prediction of home sides winning in Round 1, based on not much else really.

I do like what the Reds have built in the previous few seasons and I expect them to again feature at the top end of the Super AU campaign and I am picking the emotion of finally having a home game will lift the Force over the Brumbies in what should be a memorable occasion for the loyal Force supporters.

SURE THING: No draws. At all, all year long. Golden point/try/extra time/period will have to be enjoyed next year.

Great as it is to have rugby back, it really feels like a journey into the unknown, wondering how these four sides will step out.

In terms of continuity from last year, it’s hard to go past the Reds, in Brisbane. Funnily enough, the opposite argument applies in Perth.

The Force have made a number of additions to their side, and while they can be expected to improve, the additions undoubtedly strengthen them right from the get-go.

Because of that, and for some vague, unsubstantiated reasoning that the Brumbies might not be up to full speed, there’s every chance of an upset first-up.

SURE THING: There’ll be moments during the Reds versus Tahs match when viewers will feel lost and incomplete, missing Kearnsie’s unbiased analysis on why the Tahs are being harshly treated by the ref.

Steel yourselves people, man up and deal with it, and come out the other side stronger for having lived through it!