Why are England so stubborn about turning pitches?

Not even one session had passed in the second Test between India and England before my Twitter feed had been partially filled with English former cricketers complaining about the state of the pitch at Chepauk Stadium.

As the Hindustan Times reported in December 2020, the itinerary was set with the first two Tests to be played in Chennai before the final two Tests would be played in Ahmedabad.

With the amount of technology available in today’s world, it’s almost common sense to know that Ahmedabad and Chennai are two of the slowest wickets in India. Add to the fact that back-to-back Tests would be played in Chennai and it was almost certain that the second Test would be a rank turner in Chennai, regardless of the result of the first Test.

So, why were these former players whining on social media about a Chennai wicket that was expected to turn from ball one? There were no complaints about the pitch when England and Ireland were both bowled for less than 100 at Lord’s in the lone Test mid-2019. 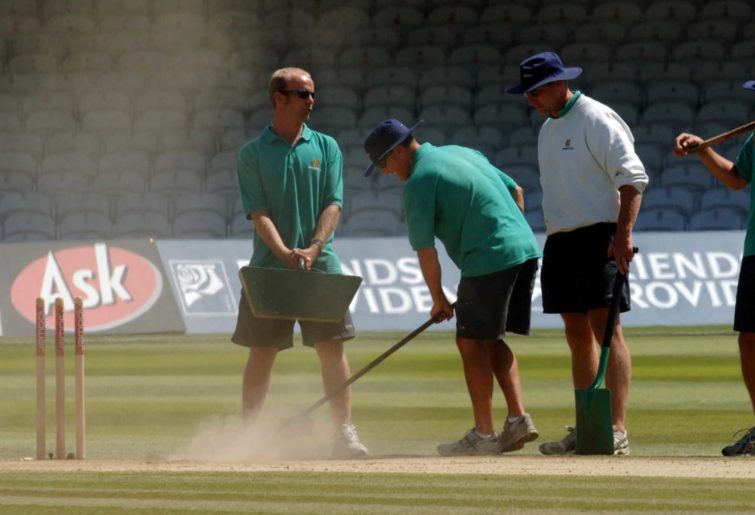 Why do subcontinental pitches get all the attention? (Photo by Sean Dempsey – PA Images/PA Images via Getty Images)

Rather, it was the fault of the batsmen for not playing well on seaming pitches – their technique was at fault. So why the double standards when English batsmen techniques are left exposed on turning tracks if Joe Root fails to score?

The traditionalist English way seems to me as if pitches should aid seamers for the majority of three days before spinners can even come into the question of being an attacking threat.

And when that view is challenged, out come those who aren’t used to change, threatening to boycott any form of change from the traditionalist view of Test cricket in England.

This mentality doesn’t come from just former English players – it’s also seeped into the minds of those involved in the ECB.

In November 2019, Somerset were docked 24 points over the next few next County seasons.

The reason? For creating a pitch similar to the one we saw in Chennai this week in their quest for a County title against Essex in 2019.

Taunton is known as a rank turner in County cricket. It’s where Dom Bess and Jack Leach have played the majority of their first-class cricket before graduating to the higher honour that is Test cricket.

Telling them and other Somerset cricketers that the pitches they have grown up on and then wondering why England struggle on turners is the biggest form of hypocrisy.

In England’s County cricket system, there are 18 teams.

Out of those 18 teams, Surrey (The Oval), Somerset (Taunton) and Lancashire’s (Old Trafford) home grounds are known to be spin-friendly for their first-class games.

Thus, it’s no surprise that in England’s squad for the final two Tests the quartet of spinners (Leach and Bess from Somerset, Amar Singh Virdi from Surrey and Matt Parkinson from Lancashire) are all from first-class teams where the pitches aid spinners.

Even the two players who looked the most comfortable against India’s spinners during the second Test, in Ollie Pope and Ben Foakes, have played the majority of their FC cricket for Surrey, knowing how to play on the front and back foot to the spinners.

Ultimately, England still needs a cultural shift on how to treat spinners in their own backyard.

Preparing green tops for home Tests is fine, but don’t fine and deduct points from sides such as Somerset for producing turners in their home FC games.

England won’t find their next Graeme Swann overnight or find ten outstanding players of spin in a month.

It’ll take time, but the process has to start somehow. Complaining about pitches which exposes players’ deficiencies against quality bowling in Test cricket shows that players need to work on their technique more, instead of former players whining and whinging for no reason.

To date, the only pitch which I have completely disliked was when India and Sri Lanka faced off in an ODI in 2009 at Delhi, where the inconsistent bounce was so bad Sri Lankan batsmen were facing injuries.