The Australian summer is over (not counting the Sheffield Shield, but sadly nobody seems to).

So what better time to slip in another light-hearted hypothetical XI?

Prompted by a mix of the spectacular and very average fielding efforts we saw in the Indian series and the BBL, and YouTube randomly recommending me Jonty Rhodes videos to help with my daily procrasination, this team is the best possible fielding XI I can come up with.

I’ve always been a huge fan of fielding, not just as a spectator but also a player. Allow me a mini-story. Part of the reason comes from my junior cricket days, when multiple teams from the same club were differentiated by adding a famous Australian player’s name after it.

Most teams went for the obvious ones like Ponting, Waugh, Gilchrist or even Bradman if they were feeling confident, but our coach chose Blewett. Who? We hardly knew who he was, let alone our opposition, but our coach admired Greg Blewett’s fielding abilities and was a firm believer that fielding was the one area whereby junior teams could really distinguish themselves.

He trained us hard and our proudest moment was when an opposition coach, and coach of the rep team in fact, told us that we were the best under-11 fielding team he’d ever seen and was better than many grade teams.

Anyway, enough tooting of the self-trumpet. Why is fielding so good? Because it’s essentially the only chance in cricket to show off one’s athleticism and throw your body around beyond the usual rigid movement patterns of batting and bowling. It is also, let’s face it, the only aspect of our weird sport that non-fans can easily appreciate. The best fielders are explosive, co-ordinated, spatially aware, daring and show almost superhuman anticipation.

Before diving in though, a bit of fine print. Fielding is inherently far more subjective than bowling or batting, two disciplines that can lean comfortably on statistics to evaluate players never even seen before. We can’t do this with fielders. The stats on fielding are so limited (incidentally I’m working on a much longer article on this topic) that we should only use the eye test. This means my list below is only those players I’ve seen live (or with two special cases, via YouTube highlights). If I’ve missed a golden oldie, definitely tell me about them, but don’t rip my head off!

I seem to have a slight bias towards infielders and outfielders – there’s only one specialist slipper and one renowned for his close-in work. It wasn’t a conscious decision, but I guess I’m just not as impressed by work in the cordon as around the ground. If you sway more towards the slippers, then by all means show us your XI.

Okay, nearly there. To make this a proper XI, I’ve got one rule: the player must be selected in roughly their usual batting position. This ensures that it’s a real XI, not just my top 11 fielders. I’ve been fairly lenient with Tests versus ODIs and allowed batting positions from either, so it’s pretty flexible. Without further waffling, here’s my XI.

Mark Waugh
He is in his ODI batting position but obviously we know his fielding brilliance from both Test and ODIs. Waugh is one of only two who made it into the team without me seeing him live – reputation and then highlights online were powerful currency enough for me. He’s the lone representative for slippers and the only way slips can be impressive, with almost mindless, cat-like reactions and incredibly sticky fingers. Points for cool nonchalance too.

Martin Guptill
He is probably a surprise pick but it comes from needing to fill an opener’s spot. Most other openers who are renowned for their fielding – Matthew Hayden and Graeme Smith – were in the cordon, and as sharp as their hands are I can’t find it as impressive as Guptill. He is a lethal outfielder who covers the ground very fast, has a whiplash arm, hits the stumps frequently (2019 World Cup semi-final anyone?) and has very safe hands too. Stick him at deep point and you’ll save a lot of runs, not to mention a few bonus catches.

Ricky Ponting
Who else at number three? Arguably the Bradman of fielders. He could be at second slip, silly point, midwicket or long-off and he would still be in his element, hunting balls and simply not dropping anything. Apart from his god-tier catching he also had his run-outs – exhilarating for the fans and demoralising for the opposition. In particular, he fundamentally changed direct hits, elevating them from a hopeful possibility to an expected minimum standard. Just ruthless.

Michael Clarke
The sight of young ‘Pup’ patrolling backward point in an ODI of Australia’s golden years is iconic. His back may have constrained him in his final years but that flashy, agile youngster was deadly on the ring, turning sharp catches into regulation ones and almost equaling Ponting with the reliability of his direct hits. That left arm was like a whip crack. As he aged, he also turned into quite a decent slipper too, taking some very hot chances off Mitchell Johnson in that famous 2013-14 Ashes series. 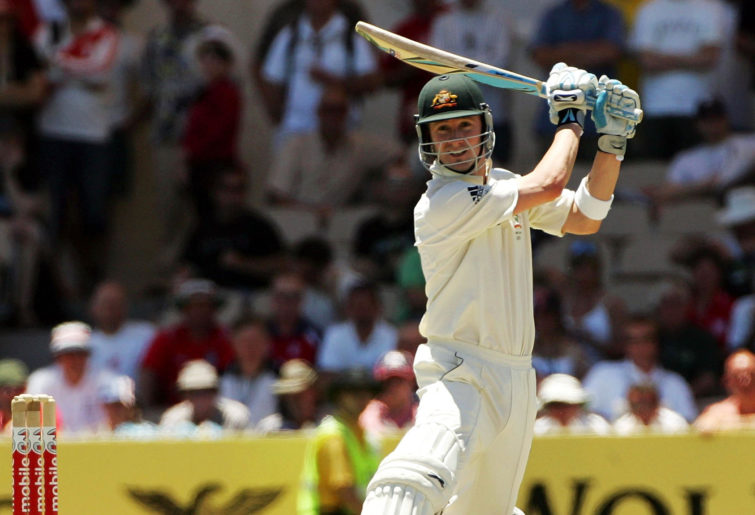 Andrew Symonds
He was and still is my favourite fielder of them all. The words that come to mind to describe him are “bull shark” – he had the intimidating bulk of a man-monster, that slight forward lean of a shark locked onto its target and yet also a lightness of feet that let him dive around and react as sharp as a swallow. Beyond his infield dominance he was also a brilliant outfielder, with an arm that was simply a terrifying rocket from any boundary rope in the world.

Jonty Rhodes
He is the patron saint of fielding. Along with Ponting he was one of my two first chosen, and along with Mark Waugh he was picked purely on reputation and highlights. He’s so good he even received an ODI man of the match for his fielding! He absolutely owned the backward point region and possibly began the trend of having your best fielder there – he was athletic in his dives, sure with his hands and lightning across the turf. His totem animal is probably a Jack Russell such was his livewire energy.

Brendon McCullum
To get McCullum onto this team I’ve cheekily taken him from his early Test batting position and role, where he’d keep and bat at seven. I haven’t chosen him for his keeping though. I loved watching McCullum throw himself around in the field like a rabid bloodhound, never giving up on the chase. His speciality was, when chasing the ball to the boundary, to not slow down even when approaching the rope and the very solid advertising boards beyond, hurl himself aerially and sideways to get a touch on the ball and then slam into the boards for the sake of one run. So many players I watch now give up the chase ten metres away and call it a day need to learn a lesson from McCullum.

Ravindra Jadeja
He is the only man on the team not from the three southern hemisphere countries, where the rugby codes are widely popular and considered to be a significant influence on fielding standards. He has raised the bar for subcontinental fielding with incredible work all around the ground: he can stand on the ring hunting singles and taking blinders, throw himself around the outfield to pull in speccies and charge off the boundary rope to unleash wicked left-handed throws rather reminiscent of Michael Clarke. There’s a recent video from the ICC asking if Jadeja is the best fielder in the world at the moment, and it’s a fair question. 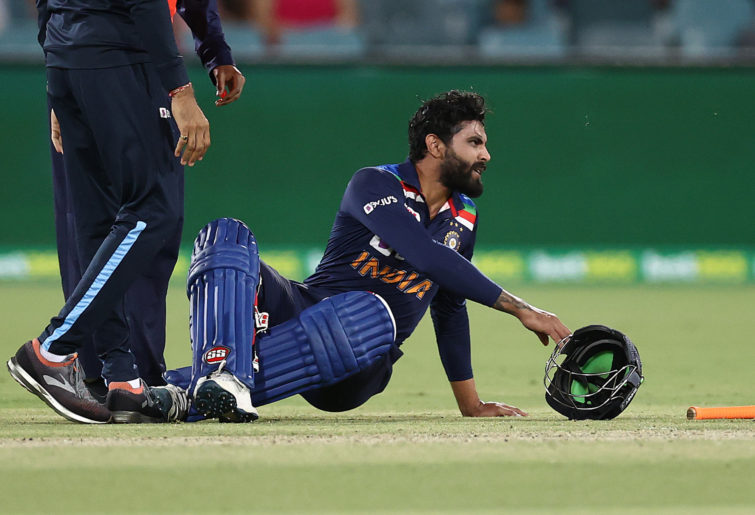 Mitchell Johnson
He is remembered for some insane bowling peaks, but he was also an underrated fielder. He was a natural athlete whose abilities off his own bowling were particularly noticeable, often regaining composure quickly to dive for catches or swiftly effect a run out either by hand or by foot. He was more than that though – he was also a very good outfielder. The power on his throws was unreal and he could jump around for catches as well as anyone, often landing with great awareness to never let the ball pop out.

Tim Southee and Trent Boult
They have been lumped together because they are so similar. They were really the pair who tore up the rule that pace bowlers were the ungainly giraffes of the team. These two can and do field in the slips, at gully or backward point, taking freakish horizontal catches so regularly it’s almost become expected of them. Apart from Johnson, there really aren’t any other pace bowlers I’ve seen who are so agile in their movements and reliable in their catching as these two.