VAR technology is the worst thing to ever happen to football

For fans of just about every other club there’s nothing more enjoyable than sitting down to watch an A-League game on a Sunday afternoon and seeing Melbourne Victory lose.

Do you want to know what I really wanted to write about today? The way many football fans no longer accept losing as being a natural consequence of the game.

You know the ones I’m talking about. They clog social media with innumerable posts of, “Sack the board!” and, “I’m done!” after every defeat irrespective of any context that might explain why the club they’re supposed to support is in the predicament it’s currently in.

It’s especially bad when it comes to European football, with the Facebook and Twitter pages of some of the continent’s biggest clubs littered with comments from followers who appear to have never set foot in the actual home city of the club they’ve chosen to support.

That’s not to imply foreign fans don’t have the right to support teams however they see fit, it’s just that it’s strange to see fans declare their undying devotion to a club with one set of keyboard strokes and then exclaim they’ll never watch them again with the next.

I wonder if fans who actually attend fixtures week in and week out are as fixated with the pursuit of winning every single game without exception as those who simply offer up their support online.

Maybe we should just ask Melbourne Victory fans. There weren’t that many in attendance during Sunday’s 1-0 defeat to the Newcastle Jets at AAMI Park, but surely those who were can’t be satisfied with what’s been going on.

How much longer has Grant Brebner got left? And is the coach solely responsible for everything going on at the club? 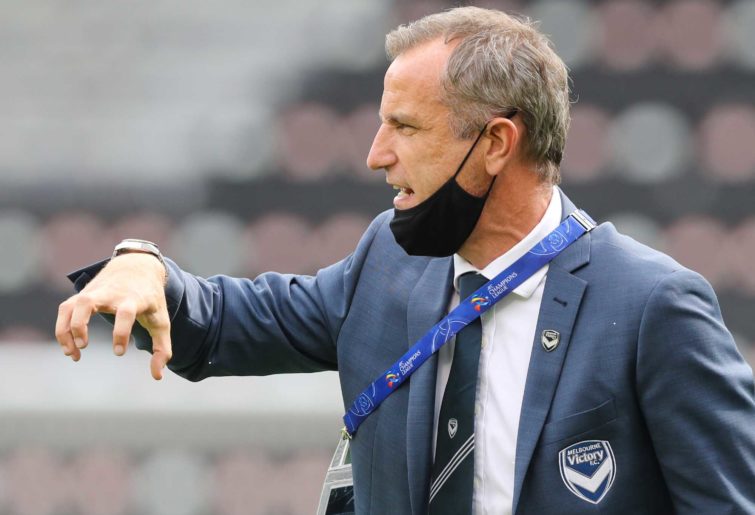 For fans of rival teams it’s easy to revel in Victory’s fall from grace. After all, one of the delights of being a football fan is watching a big club flailing about in a state of distress.

But as much as the exclusionary focus on clubs from Sydney and Melbourne from certain elements within the A-League is starting to grate, there’s an obvious argument to be made that when Victory are doing well, the competition is doing well too.

Can Brebner pull them out of their tailspin? You tell me.

However, as logical as it would seem to be to offer a blow-by-blow analysis of everything that’s gone wrong for Victory this season, I simply couldn’t bring myself to write it.

Why not? Because I can’t stand VAR!

And I dislike it in a way that was entirely predictable the second the A-League first introduced it back in 2017.

I’ve said in the past that I can understand why video replays were introduced in football, even if I personally wasn’t a fan. But after four years of watching game after game marred by questionable VAR decisions, it’s time to accept the experiment hasn’t worked.

Greg O’Rourke hit the nail on the head when he told The World Game’s Philip Micallef, “The problem with VAR is not the technology itself but its subjectivity” in the wake of Adelaide’s 3-2 win over the Central Coast Mariners on Friday night.

The award of three spot kicks to the Reds may have stretched the bounds of credibility – hats off to Tomi Juric for dispatching all three with aplomb – but the problem wouldn’t exist if it wasn’t for games being forensically refereed and re-refereed through video analysis.

And the annihilation of the idea that you win some and you lose some when it comes to refereeing decisions – as much as the length of time it takes to make decisions, as much as fans are now robbed of the joy of celebrating goals – is arguably the worst thing about VAR.

Video technology has turned an imperfect game into a quixotic quest for perfection.

Put simply, VAR sucks. Just don’t expect the powers that be to admit that.