It was their first grand final in the club’s ten-year existence.

A Rhyan Grant chested finish dashed City hearts as they went back to the drawing board, Erick Mombearts-less.

Tomorrow, City have the unique opportunity to partially rid themselves of the anguish of August’s loss, as they face Sydney FC at AAMI Park.

Yet in Erick’s place is 18-time Socceroo, former Leicester City, Leeds United and Melbourne City centre-half Patrick Kisnorbo. Since his retirement in 2016, he’s coached City in an assistant role across their youth, women’s and men’s teams.

The 2019-20 campaign saw Patty take the head coaching reigns of a professional football club for the second time in his career.

Yet unable to recapture the form under Mombearts, City has been led to a topsy-turvy start – Patty’s first campaign leaves them with only two wins in six games played.

To add insult to injury, City haven’t looked entirely convincing in either of their two wins against Brisbane and Western United. 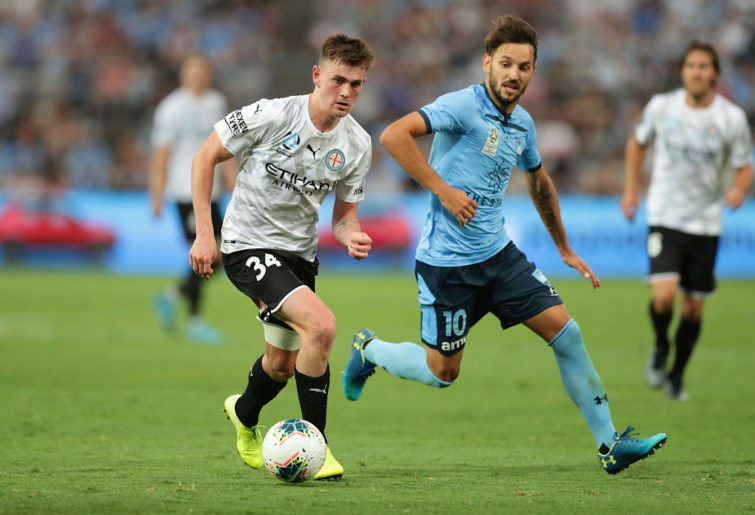 A defensive crisis, a long-term Aiden O’Neil injury and a six-week layoff for Andrew Nabbout had left City in dire circumstances in recent times.

But a two-and-a-half-week break sees City refreshed, eyeing up Sydney FC as their first major scalp of the campaign.

A-League veteran Scott Jamieson spoke on City’s resilience and their ability to rise from adversity:

“It feels like an eternity since we lost at Newcastle, so any lingering self-doubt that might have come into a game if you play three days later isn’t really there at the moment.

“It’s probably been our own downfall this season with results so let’s focus on ourselves.

“We definitely believe our style matches up against them and it’s always a great game against the champions… they are the benchmark,” Jamieson added.

Sydney FC are slowly but steadily finding their feet after some minor striking troubles, as Kosta Barbarouses and fresh-faced 18-year-old Patrick Wood have fired in recent games for the Sky Blues.

A dynamic attack, structured midfield and an abundance of depth leaves Steve Corica’s side favourites for this game, despite their at times laborious draw against the Brisbane Roar on the weekend.

Yet Sydney FC generated an xG of 2.01 – if it weren’t for some acrobatic saves from Jamie Young, Sydney would have capped off their NSW stint with three straight wins.

With both sides vying to live up to their championship quality, this game is not to be missed.