Pre-season fixtures usually provide two types of line-ups: a team stacked with youth, allowing fans to see the future of the club together as one, and a “best 22” that will look similar to the fancied line-up for the first game of the season.

However, with only one fixture this season, it will give fans a great insight into young players emerging, veterans evolving and recruits integrating all together in a full dress rehearsal of Round 1.

Here is one player from each side to keep an eye out for in the AAMI Community Series.

Adelaide: Will Hamill
The speedy halfback flanker is coming into his third year and could break out. Played his only eight games last season and was playing good footy until a nasty concussion in Round 10, and he wasn’t seen again.

With another pre-season under his belt, watch for Hamill to be a shining light for the crows heading into the first game of the year.

Brisbane: Nakia Cockatoo
Injuries have plagued his career, but like former teammate Lincoln McCarthy, has fled to the sunshine state for rejuvenation. Has shown when healthy he can perform and word out of Brisbane is he’s had a solid pre-season, training with the midfield group.

If Cockatoo fronts up in the Community Series and performs without a niggle, look out Round 1.

Carlton: Matthew Kennedy
A high draft pick brought to the Blues who has struggled with injuries.

Finished with a 23-disposal performance against Brisbane in Round 18 last year but with new additions taking midfield time, I’m keen to watch Kennedy and see what role he plays in the pre-season hit out.

Collingwood: Jeremy Howe
Announced himself as one of the most elite defenders in the AFL during the start of the 2020 season, before a sickening knee injury ended his year.

Howe took part in Collingwood’s intra-club match, so would expect him to play, but I am curious to see if the injury changes his high-flying, athletic and intercepting game style in any way, or if we can expect another elite season from him. 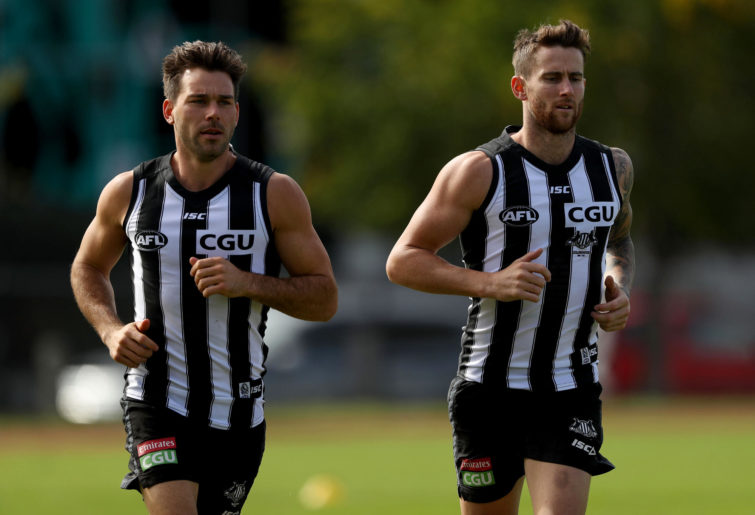 Essendon: Archie Perkins
Bombers coach Ben Rutten announced that the three rookies (Perkins, Nik Cox and Zach Reid) are “in the mix for Round 1”.

That almost certainly means they will play the AAMI game against Geelong and I am excited to watch Perkins. He is a damaging midfielder who will play a lot of forward.

He has great size and has completed a full pre-season, so it will be exciting to watch Perkins play.

Fremantle: Hayden Young
Similar to Hamill, a quick and damaging halfback flanker who can kick the ball with the best the AFL has to offer. An ankle injury ended his rookie season before it really got started, so with another pre-season under his belt, I expect Young to be a standout for the Dockers.

Geelong: Shaun Higgins
The former North ball magnet has gone to the Cats to chase the ultimate success in his last years.

We know Higgins can play, but with a star-studded midfield what role will he play?

Could they use his elite foot skills off half back?

Could he and Danger play a 50/50 split between forward and midfield?

I certainly can’t wait to find out.

Rowell took the AFL world by storm in his first four AFL games, attaining nine Brownlow votes out of a possible 12 before a shoulder injury ended his year.

With his shoulder ready after nearly nine months of waiting, I am so excited to see the young Sun firing again.

Expect him to line up down back in the AAMI game and use his run off the halfback line, pressing his claim to cement himself in the best 22.

With both starting wingmen from last season gone, Phillips has his role set already and has torn up Waverly during the pre-season. I expect a career year for Phillips in the brown and gold.

Melbourne: James Harmes
He finished third in 2018 and fourth in 2019 at the best and fairest count, playing as an inside midfielder, before a role change in 2020 saw him struggle. 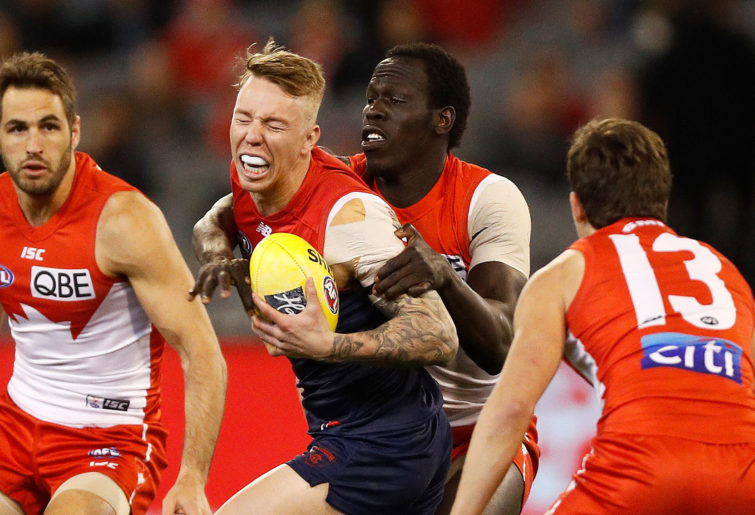 Has been training all summer with the midfield group, hinting that he could be returning to his preferred role inside. The AAMI Community Series game will give us a good idea of this.

North Melbourne: Jack Ziebell
The captain had a terrible run of injuries in 2020, having a career-low year statistically. With new coach David Noble coming in, they have changed Ziebell’s role and will play him off halfback, looking to his experience and leadership to start attacks from the back half.

This will be a big watch in the pre-season game, monitoring how Ziebell is coping with a foreign role so late in his career.

Port Adelaide: Ryan Burton
Has always had the talent but never had the health.

Obviously, he is a part of Port’s future plans, but without continuity, it can be difficult to organise structures and game plans. So, I want to see how healthy Burton is and if he can play at least 80 per cent of game time without any niggle or problem.

Richmond: Riley Collier-Dawkins
With the injury to Dion Prestia, there is an open spot in the Tigers midfield. The untried but hyped-up Collier-Dawkins could get his shot.

In his fourth year on the list now, it’s obvious he is in Richmond’s future plans given their ignorance to any opposition interest in the trade period. Look for Collier-Dawkins to play midfield minutes and put his hand up for the vacant midfield spot in Round 1.

St Kilda: Mason Wood
Delisted by North at the end of last season, Wood was given a second chance by the Saints recently.

With the news Rowan Marshall will be missing the first half of the season, Wood has a chance to play a role up forward as the third tall. Look for him to be aggressive and assert himself during the pre-season, ensuring job security for Round 1.

Sydney Swans: Will Gould
Felt like the only Swan rookie to not debut last season and footy fans (mainly Supercoach players) were confused. The big-bodied second-year defender should get his chance to prove himself in the AAMI Community match and press his claims for making his long-awaited debut.

West Coast Eagles: Alex Witherden
Departed the Lions after a measly six games last season. No one quite knows why he fell out of favour; attitude issues and defensive flaws were rumoured, but that’s never been confirmed.

He looks to have the Shannon Hurn role waiting for him, asking him to get the ball and kick it long and accurately – two things he can do.

Can he turn things around out west?

Western Bulldogs: Bailey Smith
The Bulldogs’ list is crammed with midfield talent and depth, potentially leaving the cult hero in a new role.

Will they keep him in the middle and work around him?

It will be very interesting to see where ‘Bazlenka’ plays.