And while the acknowledgement must be made that this side isn’t exactly the full-strength version – remember, there was the small matter of the now postponed South African Test series blocking that from happening – this is still the nucleus of the side that will contest a World Cup this year in India, and one next year in Australia.

And yet, they looked liked deer caught in the headlights in Christchurch as the important series got underway.

Five-match T20 series are a rarity in international cricket due to the busy schedules teams face, but this is the ideal opportunity for both of the trans-Tasman nations to begin fine tuning their preparations for the double World Cups to come.

And yet, after one game, all the momentum is with the Black Caps, despite the fact that, batting first, they were 3-19 off four overs at one point.

How they ended up 5-184 from that position is embarrassing for Australia, as the almost unproven Devon Conway came in at number four – his team up the creek without a paddle – before batting the rest of the innings and finishing with 99 not out.

Granted, sometimes a batsman gets going and no amount of tight or good bowling will get rid of him, but Australia didn’t bowl that well at the South African-born batsman in just his seventh international.

Conway was backed up strongly by Glenn Phillips and Jimmy Neesham, with only Adam Zampa to bowl with any real sort of restrictive might. Even then, he went for 20 off his three overs having taken the new ball. 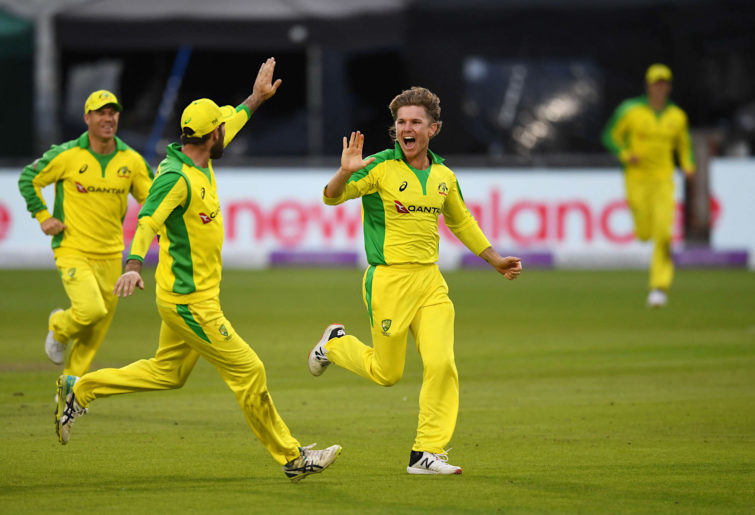 Proving just how inconsistent and unable to find a rhythm the Aussie bowlers were, seven of them got a go with the ball, the main bowlers unable to do the job. Despite that, Kane Richardson and Daniel Sams – who were the two most expensive – bowled their four overs out going for 42 and 40 respectively in a performance which just wasn’t up to scratch.

Aaron Finch’s form with the bat might be a cause for concern to the Australian higher-ups, but his captaincy on-field left plenty to be desired too.

Speaking of his form with the stick, and the Aussies crumbled for just 131. While chasing over nine runs per over leaves little option but to go hard from ball one, Finch, Josh Philippe and Matthew Wade were all at sea against the new ball, the chance of Australia clawing down the total over almost before it began.

What is most worrying about this performance is the way they were well ahead in the contest, but fell behind so quickly and never managed anything close to a recovery.

Only Mitchell Marsh provided spark with the bat and, as the side looks to rebuild, there is a question over whether he would even be still considered for national selection come the second of the upcoming double-up in World Cup action.

In saying that, this series has four matches to go, and it’s likely Australia will shake things up to get one back over the Kiwis.

Despite the fact Australia are second in the world rankings though, this is a format of the game they have just never got their heads around on the biggest stage, with the Aussies struggling to perform when it has counted in T20 cricket.

There can be no question the format is taken seriously by the nation now – the BBL blocks out half of the summer – but there may need to be changes to the way the team is structured, picked, and the way the BBL is run and organised.

Clearly, whatever the Aussies are doing at home isn’t working or translating into international success. The truly worrying thing is that while Pat Cummins, David Warner and co. may make a difference, the nucleus of the national T20 team played in Christchurch.

The nucleus of a team with a mountain to climb – and not just in this series.

Australia can’t afford any more dud performances at T20 World Cups. The format is just too important in the modern cricket landscape.

But at the moment, it’s hard to see things finishing any other way.