With an easing of COVID restrictions this year, Queensland rugby league fans will once again have the chance to watch Queensland’s premier rugby league competition, the Intrust Super Cup.

Here’s why you should go along to a game this season.

The clubs
The Intrust Super Cup is stacked full of historic clubs, many of whom (particularly in the greater Brisbane region) have ambitions of joining the top flight of football.

This competition has deep ties to the community: the old BRL clubs such as Souths, Norths, Redcliffe, Easts, Wynnum Manly and Ipswich; the Northern Pride, Mackay Cutters and Blackhawks in the north; the Sunshine Coast Falcons and the glitter strip’s Burleigh Bears. You’re sure to find a team near you to support.

In terms of club affiliation, there is one major change for the 2021 season, with long-time Broncos affiliate, the Redcliffe Dolphins agreeing on a deal with NRL club the New Zealand Warriors, who have pulled out of the Canterbury Cup competition.

The grounds
If you go along to watch an Intrust Super Cup match, chances are, you will be attending one of Queensland’s historic football grounds.

The oldest of these is Davies Park, home to the Souths Logan Magpies, in Brisbane’s West End, which has hosted representative matches since 1909.

Not too much younger in historical terms is Langlands Park in Stones Corner, home of the newly-rebranded Brisbane Tigers (formerly Easts). This ground has hosted footy since World War I.

Over to the west, North Ipswich Reserve, host of the 2013 Intrust Super Cup grand final, has been the home of Ipswich footy since 1909, and is a fulfilling day trip for Brisbane footy fans.

Stadium Mackay was renovated in 2011, and boasts an incredible capacity of 12,000. It has played host to several NRL games. 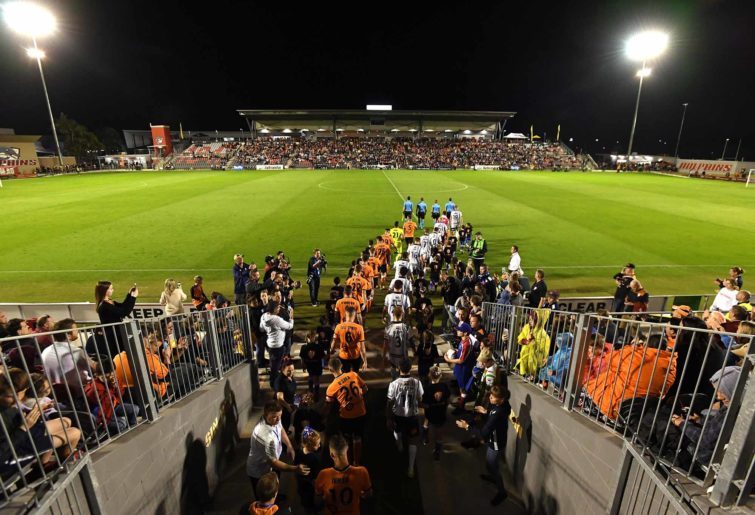 Sunshine Coast Stadium became a hub for the Melbourne Storm as their home-away-from-home in the 2020 NRL season, and also boasts a capacity of 12,000.

Other grounds include Barlow Park in Cairns, the infamous Bishop (Bashup) Park in suburban Nundah, and Kougari Oval in Brisbane’s bayside.

The players
The Intrust Super Cup is one of the highest quality rugby league competitions in the world, behind only the National Rugby League and Super League competitions, and rivalling the Canterbury Cup in New South Wales.

The big signing for this season is notorious cross-coder Karmichael Hunt, who seems to be thinking about life after footy with his latest move, which sees him return to where it all began at the Souths Logan Magpies.

Other big signings for the 2021 season include former Brisbane Broncos fullback Josh Hoffman and former Dragons prop Patrick Kaufusi, who have both joined the Townsville Blackhawks (and may be sighted in Cowboys colours this season).

Tongan halfback Ata Hingano plies his trade with the Mackay Cutters, while Florida native and USA Tomahawks second-rower Joe Eichner plays for the Northern Pride. His teammate from California, Connor Donohue, plays with the Falcons.

The coaches
Former Newcastle Knights and Fiji coach Rick Stone has returned to Burleigh, the team he coached to three premierships.

Ex-Wynumm Manly and Souths Logan Magpies coach Jon Buchanan has moved onto his third club at the Brisbane Tigers.