To be eligible for selection to my list a player must have played at least five games in 2020 so as to give us a reference point.

Hawthorn have some significant injuries to cope with in 2021, most notably James Sicily, who has been an important part of their best 22.

The top three in their 2020 best and fairest were Jack Gunston, Tom Mitchell and Chad Wingard, and all three are dealing with injuries as we head towards the start of the season. The severity of injuries vary for each player, but it’s not a good sign.

Here are the ten players (plus an honourable mention) who will stand out from the pack in 2021.

Honourable mention: Tim O’Brien
He should improve significantly in 2021. He has so much potential. The severity of the injury suffered by Jack Gunston should mean that O’Brien will be a permanent part of the Hawks forward line.

Hopefully he can fulfill his potential – he has the talent, he just needs to add more goals to his game, which he should do given the likelihood of him being the main key forward for the Hawks in 2021 after kicking three goals in the side’s first practice match against the Western Bulldogs.

10. James Cousins
He’s another young player who should be given an opportunity given the retirements of Ricky Henderson and Tom Scully. Cousins played the last six games of 2020, impressively averaging the third most disposals of any Hawks player with 19.50 disposals per game. Expect him to have good morale and confidence going into 2021.

9. Jaeger O’Meara
He should play a key role for the Hawks in 2021 as vice-captain. Having averaged the second-most disposals of any Hawks player in 2020, expect O’Meara to have an impact when fit and available. Unfortunately he featured in just 12 of 17 games in 2020, which is why he may not be able to play to his optimum level in 2021.

8. Luke Breust
Je averaged the second-most goals of any Hawks player at 1.23 goals per game. The big worry for Breust will be that he featured in only 13 of 17 games in 2020. Fortunately it appears as though he is in good form judging by his first preseason game in 2021, kicking four goals. Hopefully that gives him confidence heading into the season proper.

7. Chad Wingard
He has a calf injury as it stands and could be missing some games early in 2021. He featured in all 17 games last season with the third-highest average of goals per game with 1.06 on average. He finished in the top three in the best and fairest in 2020, and if he can recapture that form, he will be a force to be reckoned with.

6. Tom Mitchell
He came back from a leg injury that kept him out of the entirety of 2019 to finish second in the Hawks best and fairest in 2020. Currently he has a shoulder injury that could keep him out of Round 1. At his best he is one of the top midfielders in the competition, but he needs to stay injury-free in 2021 to reach that level.

5. Sam Frost
He should be a pivotal part of the Hawks team due to them missing James Sicily through injury for possibly the whole of 2021. Given that, Frost should rise to the occasion and play somewhere near his best. He had a reasonable 2020, finishing equal eighth in the best and fairest despite missing one game. The Hawks will need him fit and firing if they are to play finals in 2021.

4. Liam Shiels
He should relish the opportunity to be a part of the six-man leadership group for the Hawks in 2021. He finished equal fifth in the Hawthorn best and fairest in 2020. He featured in 16 of the 17 games and averaged the fifth-most disposals of any Hawks player with 17.88 per game.

3. James Worpel
He finished fifth in the Hawks best and fairest in 2020 despite missing two of 17 games. He averaged the fourth-most disposals of any Hawks player in 2020 and averaged the third-most contested possessions of any Hawthorn player. For some reason he is an underrated player; expect that to change in 2021, as his ability should come to the fore. 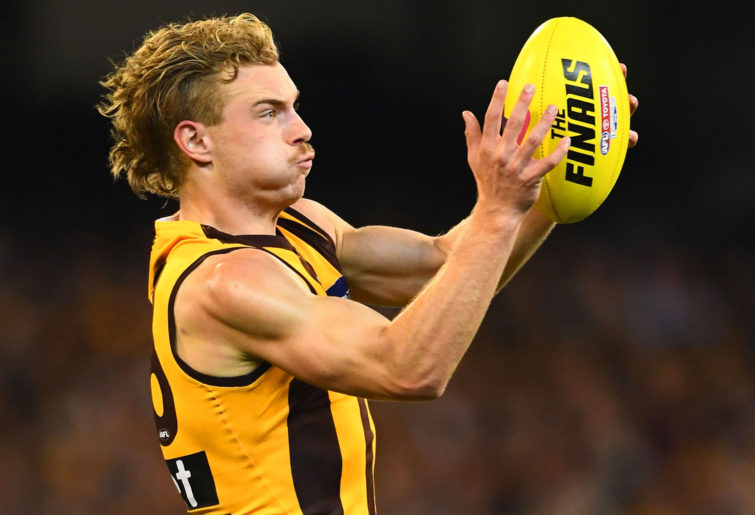 2. Kyle Hartigan
He’s a welcome addition to the Hawks defence, and expect him to be pivotal this season with Sicily out. Despite featuring in only 12 of 17 games for the Crows in 2020, he finished eighth in the Adelaide best and fairest count. He’ll play a key role in 2021 and make the Hawks a tougher team to play against.

1. Tom Phillips
He should relish the opportunity to play every game in 2021. Given the retirements of Ricky Henderson and Tom Scully, Phillips should slot straight into the Hawks team and be a revelation. He is a player of immense talent. He should play partly as an inside midfielder in order for the likes of Tom Mitchell and Jaeger O’Meara to have a rest.

There’s no doubt Phillips should play to his optimum level in 2021, as he will play every game when fit and available. His recruitment was extremely good, and he’ll vindicate the faith in 2021.

Hawthorn forward Jonathon Patton has quit the AFL and apologised for his inappropriate behaviour to women. Patton was stood down by the Hawks in January when accused by at least four women of sending sexually explicit photos and videos of himself via social media. The No.1 pick at the 2011 draft on Friday announced his […] 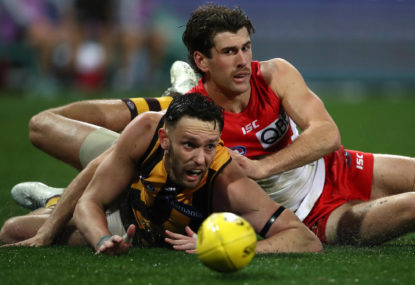