“I managed to steal a moment away from everyone else and when Stacey shared the news I couldn’t stop crying,” said Koenen.

After Koenen was able to compose herself, she remembers saying a lot of thank-yous and assuring Marincovich that she would not let the team down and that she would do her best if she got the opportunity to pull on the green and gold dress for Australia.

But then Koenen was given the chance to tell her family. So she made sure her parents and four siblings were available and got them all on a Houseparty call.

“There were many tears from mum and dad and the rest of my siblings were very proud,” said Koenen.

“Then there were more tears from me. It was a very emotional day.

“Mum and dad were immensely proud of me. (They) have always been my number one support system and have been along on this roller coaster ride with me.”

When it comes to the rise of female athletes we are very used to stories that demonstrate resilience, commitment, struggle and sacrifice, not just by the athletes themselves, but also from their families. 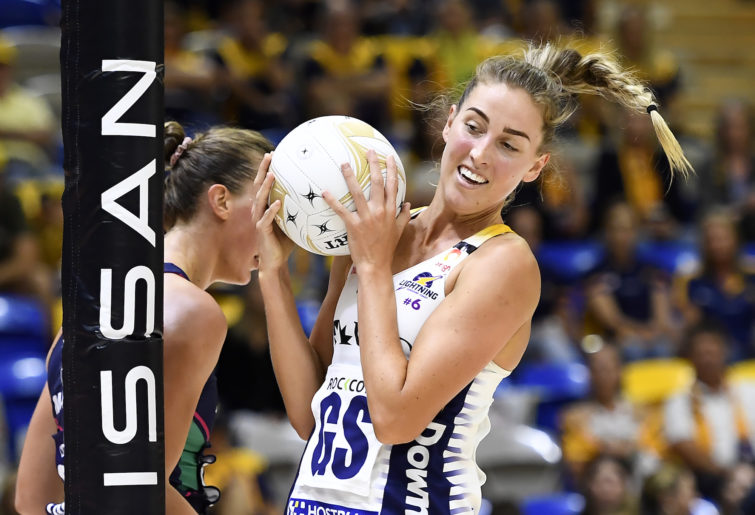 This is true when it comes to Koenen, who grew up on Magnetic Island in Far North Queensland.

While Koenen loved where she grew up and has fond memories of spending plenty of time with her family at the beach, it certainly made committing to a sport a challenge.

It also meant that her parents travelled thousands of kilometres so that Koenen and her three siblings could all pursue their sporting passions.

“My parents made huge, huge sacrifices and I will forever be in debt to them,” said Koenen.

“It wasn’t just financial, it was the time it took them to get us to and from training before we had our licences.

“Mum and dad would get the ferry, and of course we didn’t just play one sport, we all played different ones. So they did the taxi thing where they dropped us all off at our respective sporting venues, waited an hour to pick us up and then we went back to the ferry wharf to go back home.”

Eventually Koenen had to make a decision about her sporting career. Once she finished high school, there was a difficult conversation with her parents where Koenen had to decide whether netball was something she really wanted to pursue.

The answer was yes.

That meant Koenen had to move away from home at the age of 17. She found herself away from her family, without a car, trying to balance full-time university and sport so she was eligible for government subsidies so she could pay her rent.

“It was a huge ask for a 17-year-old and I was hugely homesick,” said Koenen.

“I felt very independent at the time, but it was probably a little early in hindsight and it was a huge learning curve for me.”

But that sacrifice has resulted in tremendous success.

Koenan was part of the premiership-winning Sunshine Coast Lightning Super Netball team in 2018 and in 2019 was invited to an Australian Diamonds invitational camp.

Now she is part of that squad.

“I love advocating for regional athletes of any age or gender, but especially young girls,” said Koenen.

“We see such tremendous drop-offs in participation in sport and it plays such an important role in building social skills, physical skills and supporting a healthy lifestyle, so we need to engage kids as much as we can.”

For Koenen, one her favourite parts of being an elite athlete is the opportunity to give back to the community and spend time with the next generation of aspiring athletes.

“I’ve been lucky enough to get back to Townsville and to Charters Towers and a couple of other places in Far North Queensland and I’m always struck at how the regional areas of Australia are so ripe with talent.

“There are so many kids out there that don’t have the resources or the facilities that are taken for granted in metro areas.

“If I can do my part to encourage them to stick with sport a little longer, then I will. I take my job as a role model very seriously so I strive to be that every single day and every single time I get out into the community.”

The Constellation Cup is an extremely exciting opportunity for netball. Not only does it signal the restart of international competition, but there has been a changing of the guard at the Diamonds with a new coach and several other potential debutants joining Koenen, including Verity Charles, Sophie Garbin, Kim Jenner and Maddy Proud.

“We are a weird and wonderful bunch,” said Koenen.

“What Stacey has created is a safe place for everyone to be themselves and we can’t wait to get back onto the court and get people excited about not just international netball but the Suncorp Super Netball season too.”

Netball Australia hasn’t been backwards in making their move. The short-notice and largely unexpected departure of Lisa Alexander from the head coach role of…

Australia and New Zealand will feature in a trans-Tasman Netball World Cup final after knocking out South Africa and England, respectively, in two thrilling…

The Australian Diamonds Netball World Cup campaign will go up a gear as they take on New Zealand in their final group game. This…