Daine Laurie showed he’s ready to make Wests Tigers’ No. 1 jersey his own as their 52-18 NRL trial match flogging of Manly left the Sea Eagles with more injury woes.

Already thin on hookers, the Sea Eagles lost Cust 25 minutes into Sunday’s clash when he was hurt trying to make a tackle.

It summed up a poor day for Manly, as 21-year-old fullback Laurie scored two tries in the first 12 minutes and Luciano Leilua wreaked havoc on the left edge.

Just two weeks after his arrival from Penrith, Laurie was quick on his feet in his first game at Leichhardt Oval, skipping past two Manly defenders as he went short side for his first try in the eighth minute.

He darted through the left edge again four minutes later to score again.

Time and time again he threatened Manly’s line, showing promise he can be the long-term fullback the Tigers have been seeking since they lost James Tedesco at the end of 2017.

“If the opportunity comes (in Round 1) I’ll take it with both hands, but it’s up to Madge (Michael Maguire) and the coaching staff,” Laurie said.

But with Kieran Foran, Daly Cherry-Evans and Jake Trbojevic all sitting the game out, the scoreline was the least of Manly’s concerns.

Instead, it will be their dummy-half role.

Manase Fainu remains stood down until at least July and the club let Danny Levi go at the end of last year.

Lachlan Croker will now almost certainly start at No.9, rested from Sunday’s trial with a hamstring concern but with coach Des Hasler stating he ‘ll be fit for Round 1 against the Sydney Roosters.

Cust had been expected to either move into the role or come off the bench behind Croker, but now faces a lengthy stint on the sideline.

In better news for Manly, Morgan Harper was solid in his 80 minutes at fullback, making several last line of defence tackles to save tries from breaks.

He looks the man most likely to fill in for Trbojevic in the first three rounds, after the superstar No.1’s hamstring blow.

“He (Harper) is a real footy player. He’s a good option to fall back on,” Hasler said.

“He was solid, did really well. We’ll have a look at that and break it down tomorrow and see how we go.” 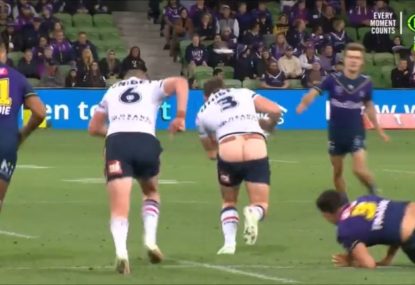 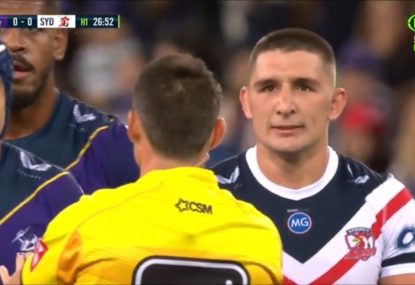 ‘On reflection, I lacked respect.’ 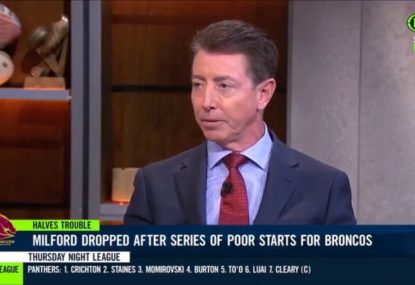