It’s been a disastrous start for Australia in their five-match T20 series against New Zealand, the tourists trailing 2-0.

When they take to the field against the Black Caps today in Wellington, it’s a must-win, and the men in green and gold must make changes in an attempt to flip the script on what has been a disappointing tour thus far.

Sure, they were impacted by travelling in COVID times, but every team around the world has been, and it didn’t seem to bother India a great deal in the home summer just gone.

Excuses won’t cut it for the Aussies, who have openly expressed their desire to improve performances in the shortest form of the game.

But to do that, they will be judged at World Cups, and preparation for those tournaments is all important. This series has a massive role to play in that preparation, but so far, the Aussies look disjointed. And that’s to put it nicely.

While Travis Head and Cameron Green belted a truckload of runs in the domestic one-day cup yesterday in a thriller between Western Australia and South Australia, the nature of a tour is that you’re picking from the squad flown to New Zealand.

It’s not open slather, but the options to replace the underperforming players are there. It’s no good doing it for a couple of dead rubbers either.

Part of preparing for big tournaments is throwing spaghetti at the wall in high-pressure situations and seeing which ones stick. You simply can’t ascertain that from matches that mean nothing.

While you could make the argument that Aaron Finch needs to have a spell on the sidelines, there is no way in the world the skipper is going to be dropped for a series-deciding match, so that idea can be put on the shelf pretty quickly. 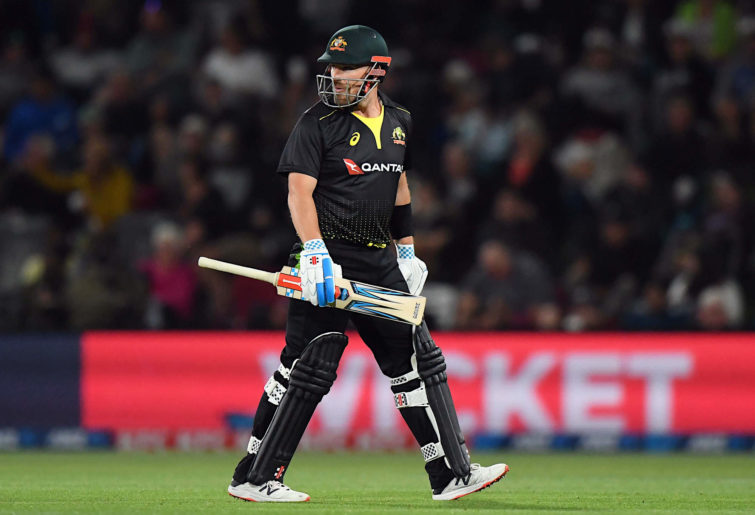 His opening partner, Matthew Wade, having struggled for runs all summer, is in another form rut though and with Josh Phillipe at three, it could pave the way for the Sydney Sixers’ opening batsman to move up.

He had another unreal Big Bash campaign at the top of the order, scoring over 500 runs at a tick over 30 with a strike rate of almost 150. They are numbers, particularly given his influence extends to more than just the season gone, which suggests he deserves a chance in his preferred position. It is even more so the case after his 45 in the second T20, despite the magnitude of the chase and the poor start.

Phillipe would also take over the wicket-keeping, providing invaluable experience in both disciplines ahead of what is likely to be a long international career in the shortest form of the game for the power-packet opener.

While Glenn Maxwell is yet to perform, he is the first picked for the green and gold in this format of the game, and Marcus Stoinis scored a superb 78 from 37 balls last time out as Australia fell short chasing 219.

Mitch Marsh could also have his spot up in the air given the youth the selectors should be going with. He scored 45 in the first T20, but given he isn’t bowling, there are better options.

Australia could easily elect to bring in Ben McDermott, who deserves an opportunity after his 402 Big Bash runs, while D’Arcy Short could be used at first drop should the decision be made to remove Wade. 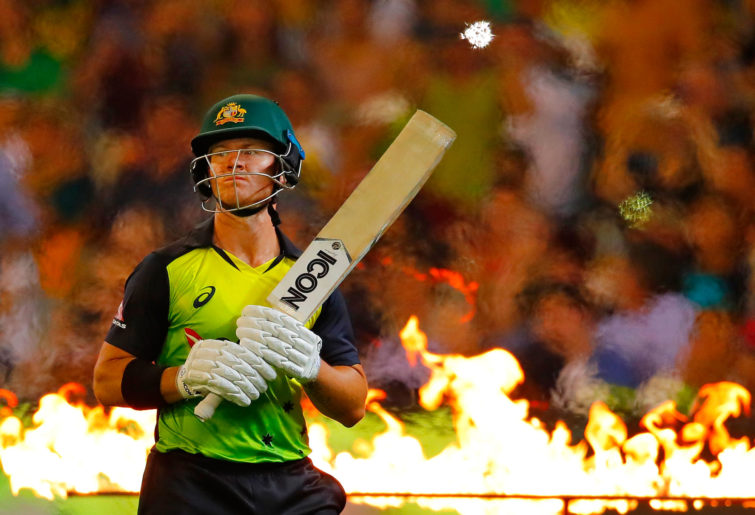 It might just be the two changes in the top six, but the other positions are very much up for debate.

Australia’s bowling hasn’t been good enough, and the strategy of playing both Ashton Agar and Daniel Sams in the top eight isn’t working.

Agar, in particular, has been poor across the first two games, going at ten runs per over without a wicket and not adding much with the bat.

Given Sams is likely to be retained on the back of his 41 with the bat last time out and pair of wickets in the first game, he can quite comfortably bat at seven, with Tanveer Sangha handed an opportunity to replace Agar.

The youngster spun a web throughout the Big Bash, and it’s time to give him an opportunity, just like it’s time to bring Riley Meredith into the side to replace the misfiring Kane Richardson, who has the combined figures of 3-85 off eight overs, going at well over ten per over.

That all being said, the side I’d like to see the Aussies go with is Finch, Philippe, Short, Maxwell, Stoinis, McDermott, Sams, Jhye Richardson, Sangha, Meredith and Zampa.

That brings it up to four changes for the contest and it would allow Australia to flip the momentum, which they desperately need to given their shocking start.

While this series may not be remembered by many after it’s over, these matches are so important given the short-form schedule on the horizon.

All will be revealed at the toss later this afternoon, but Australia went with a somewhat experimental squad for this series.

It’s time to use it.