Hunters and Silktails: An exciting prospect for the future

If you’re anything like me, you’ll be ruminating over potential excuses for the possibility of opening day defeat. But talk of training injuries, standard of recruitment or acrimonious preparations pale into insignificance compared to this year’s two travelling sides.

I’m referring neither to the Tamworth Warriors, nor those Murray-traversing Melburnians. As great and appreciated as their sacrifices have been, the relocation of the PNG Hunters and the Kaiviti Silktails to Australia represent equally onerous challenges, and with far fewer resources to boot.

Footage of the Fijians exalting their hotel hosts with song were gleefully received, highlighting the soulful side of the game.

The Kaiviti Silktails sang a hymn to thank the hotel staff at the Sofitel Wentworth to end their quarantine this week ???? pic.twitter.com/0XQB5gBVN4

But it also realised awareness of the little-known fact that there is a Fijian side in the Ron Massey Cup (with designs on graduating to the NSW Premiership in 2022).

They were only just released from quarantine, while the Hunters are still in isolation ahead of their Queensland Cup campaign. With the season just a few weeks away, they’ll have their work cut out from a purely sporting and fitness point of view, let alone all the challenges inherent in living away from home.

It makes complaints about losing players to the All Stars seem rather silly.

The willingness to travel and the exemptions provided by Australia’s strict border guardians demonstrate that these teams represent more than a bit of throwaway entertainment.

With news of the NRL asking for Australian government funding to develop the game in the Pacific, the very existence of these sides represents far more than 13 blokes going hammer and tong on a field in the suburbs.

Leaving aside the geopolitical implications and motivations behind such a move (soft power, counter to Chinese debt colonialism and all that), these sides are at the apex of so many avenues for the sport.

For starters, with the never-ending debate about NRL expansion, Easts’ latest signing of the Silktails’ Vuate Karawalevu – in the style of the Storm picking Justin Olam from the Hunters – potentiate an expanded Melanesian player pool, as I have harped on about ad infinitum.

Such sides also offer great opportunities to sustainably advance the international game. With so many identarian ideologues looking to do down the representative aspect owing to the proliferation of players representing the nations of their heritage, these sides offer a route to the top for home-grown players.

For all that I may admire Jason Taumalolo and co. for following their hearts, complete reliance on such a strategy for fielding a national side is not sustainable. Diaspora players may provide a much-needed catalyst for growth, but it has to be acted upon. Declining rates of migration from Lebanon mean that in future World Cups, they will have far fewer Australia-born players to call on, making domestic development vital. The same could one day be true of the Pacific nations.

In a world made to go around by money, the idea of NRL fixtures, let alone teams, in Port Moresby or Suva is far-fetched. Such is the economic chasm between Australia and her Pacific neighbours that the Hunters may even earn more from considerably fewer Queensland-resident fans than the thousands of punters they receive through the turnstiles back home.

But in the second tiers, as these sides are not drawing resources from Australian rugby league (funded by the federal government, with a strategy of moving towards self-sufficiency), it’s a no-brainer to adopt a policy of attracting nationally representative club sides into the lower leagues.

The relatively large populations of the aforementioned Melanesian nations make such an endeavour easier for them, but if it helps to secure the game in Tonga and Samoa, could we not one day see a Polynesian side in the lower leagues? There is already movement from the good people at Pacifique Treize to admit a francophone side (New Caledonia, Vanuatu, and some other disparate French outposts) into the Queensland Cup.

Without the prospect of promotion, rugby league below the NRL exists as a developmental staging post. I’m not saying that to be disparaging – the game’s clearly in ruder health in Australia than in my rain-sodden outpost of the world.

I’m pleased that the powers that be realise that such development can be of both a domestic and international nature.

The NRL Round 7 teams have been revealed, with a couple of big names featuring on both the inclusion and exclusion lists.

He believes the NRL is just finding ways to keep players off the field. 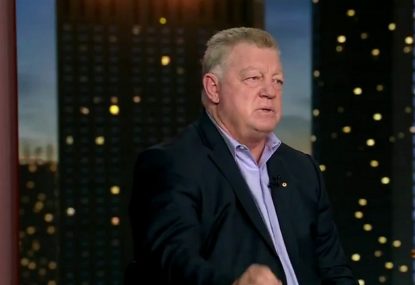 After Thursday’s match-up against the Penrith Panthers, the Brisbane Broncos proved they have the desire and talent within the team to match it with the top half of the competition.