In Part 1 of this series, I chose the backs of the could-have-been Kangaroos. Today, I’ll choose the forwards and the bench players who were good enough to play an international for Australia, but never got the opportunity.

8. Darryl Brohman (1979–87)
Before embarking on his media career, Brohman was one of the best front rowers in the game, and had Arthur Beetson-like ball-skills.

His career was well and truly on the rise in the early 1980s when he was captain of Penrith but it took a downward turn when his jaw was broken by a Les Boyd elbow in Brohman’s Queensland Origin debut in 1983.

But for this injury, he was a near certainty to make his Test debut against the Kiwis that year.

After his recovery from the injury, Brohman went on to play with Canterbury and then Penrith once again, but he never really had the same impact. 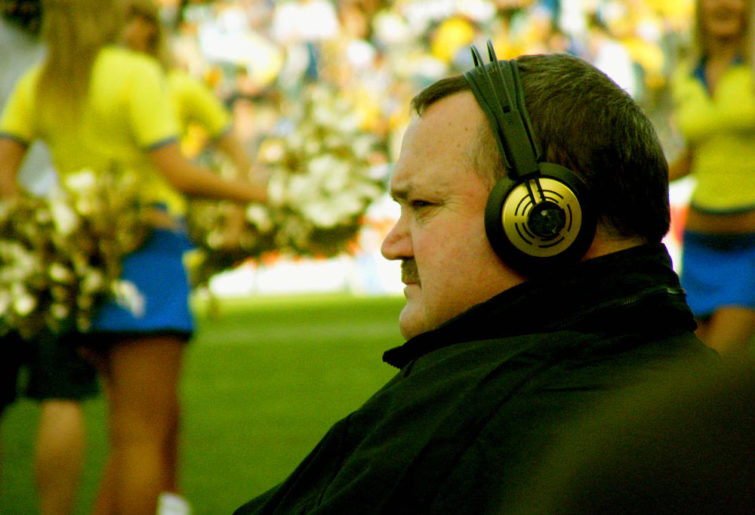 9. Steve Edge (1973–84)
Edge won five premierships in his 221-game career with St George and Parramatta, four of them as captain. Apart from being a great hooker in the era of mayhem and contested scrums, Edge was a fine dummy half and an excellent defender. He was also a calm leader who always got the job done.

He played in 11 grand finals in all grades during his career and in the inaugural Origin match.

Edge was up against some pretty good opposition for the Australian spot in his day and never managed to be selected ahead of the likes of George Peponis, Royce Simmons, Max Krilich and Elwyn Walters. He’s probably one of the best hookers never to play for Australia.

10. Todd Payten (1996–2011)
An imposing figure on the field, Payten managed to combine both brains and brawn in his 259-game career with Canberra, Eastern Suburbs and Wests Tigers. He had the ability to mix it with the best of them in the tough stuff, push out some big minutes on the field, and use his ball skills to great effect.

He was on the Australian selectors’ radar more than once during his career but untimely injuries hampered his representative ambitions.

Payten was the type of front rower that every coach wished he had on his roster.

11. Gavin Cooper (2006–20)
Cooper was an absolute attacking weapon on the left edge for the Cowboys, scoring 79 tries in his 323-match career with North Queensland, Gold Coast and Penrith.

He was a great gap runner with good pace and ball skills, and a big body who was hard to stop near the line. He combined his attacking skills with strong defence and wasn’t afraid of the hard stuff.

His consistent form was finally rewarded with six Origin games for the Maroons towards the latter part of his career. 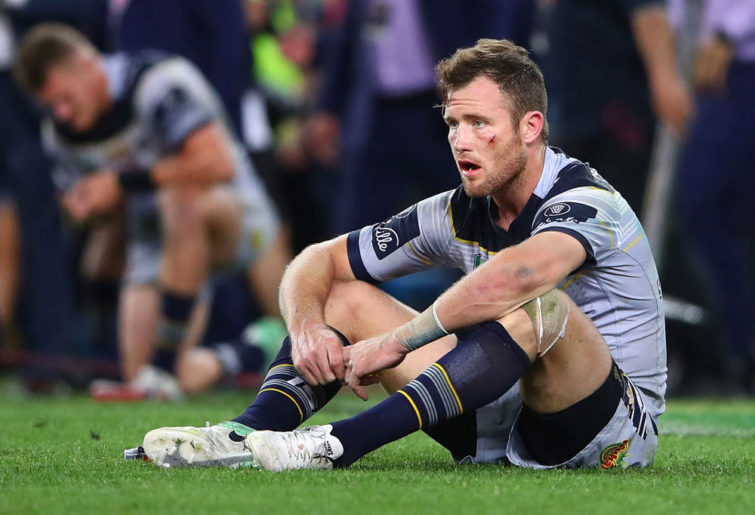 Gavin Cooper of the Cowboys. (Photo by Mark Kolbe/Getty Images)

While he never got the recognition he deserved, apart from one Origin appearance for NSW in 1985, he was one of the best second rowers in the competition year after year, and put his body on the line for his team every time he took the field.

He did all the hard things, was a handy goal kicker, and one of the biggest hitters in the game. David Brooks was the type of back rower you’d want beside you in the trenches.

13. Ashley Harrison (2000-14)
Ashley Harrison had all the attributes of a top lock-forward – speed, footwork, ball skills, endurance and crunching defence. These skills took him through a 276-game career for Brisbane, Souths, Easts and the Titans, as well as 15 Origin appearances for Queensland.

Possibly the best Queenslander of this era not to play a Test match, Harrison had plenty of competition for the number 13 jersey in his day, including Brad Fittler, Luke Ricketson, Ben Kennedy and Luke O’Donnell.

I’ve gone for Casey McGuire over the other contenders as he could realistically play nearly every position on the field, other than front row, and he was as tough as they come. He played 249 first-grade games and two Origins for Queensland.

15. Peter Ryan (1991-99)
Peter Ryan didn’t know how to play a bad game. Whether he was running the ball with intent or crunching the opposition in defence, he was a great second rower who never let up. He’s just the sort of player you’d want to bring on to either defend a lead or turn the tide.

He played 147 games for the Broncos over nine years, together with five games for Queensland, including three Super League Origins. Ryan was not a player to be taken lightly.

16. Andrew Gee (1989-2003)
There was nothing subtle about the way Andrew Gee played the game. He was a 130kg tank who delighted in inflicting pain and suffering on the opposition, and he was never far away from the action when tempers frayed.

In short, he was one of the best enforcers in the game during his 295-game career with Brisbane and Warrington.

Gee played 17 Origins for Queensland, with a remarkable 13 years between his first and last Origins, and while he was picked to tour for Australia on one occasion, he never played an international. A great player to bring off the bench to wreak havoc.

17. Martin Lang (1996-2004)
Martin Lang was a big bopper and you knew exactly what to expect from the powerful front rower when he took the field – big yards and hard-hitting defence.

He was one of the best metre-eaters in the competition, loved the physical exchanges and always took the hard carries in his 176 games for Cronulla and Penrith. He was also a regular starter for the Maroons and notched up eight Origin appearances.

His style of play could only be describes as kamikaze and he never left anything on the field. An ideal impact player to come off the bench and maintain the go-forward.