But this tall, clean-shaven lad with 27 printed on the back of his shirt looked unmoved despite having almost lost his wicket to a run-out without facing a delivery. Pakistan fielders were in jubilation and already celebrating the wicket. However, the replay showed he had made it just at the right time, thanks to the dive.

Calm as ever, this youngster dispatched the very second ball he faced in international cricket to a six. “What a magnificent blow! Glorious way to start your innings,” said Ramiz Raja on air. This guy stood still and watched the ball travel, revealing the confidence he had come out to bat with.

Even the eight-year-old me was forced to ask my uncle who he was.

That’s how he was introduced to me and I am sure many of you too knew him as the elder Pathan in his initial days. Irfan, although younger than him, was at that time a settled member of Indian team having many achievements to his name.

Yusuf’s entry to the Indian T20 World Cup squad had come on the basis of his blitz in domestic cricket. He hadn’t played a game until the final as Virender Sehwag faced an injury. But he couldn’t make much of an impact on debut but announced himself as a fearless cricketer. 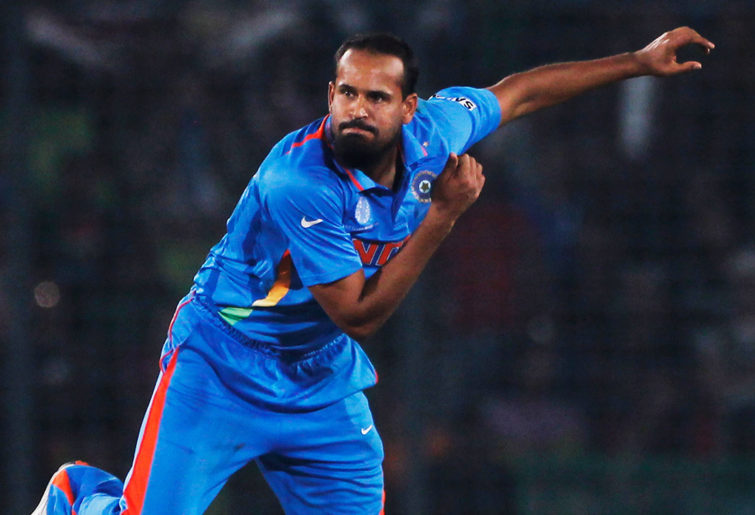 What Yusuf had in him was revealed some six months later in the maiden edition of Indian Premier League. He made 435 runs, including the fastest 50 (in 21 balls) in the tournament. The Baroda-born player also won the man-of-the-final award for his all-round performance and played a vital role in handing the Rajasthan Royals their first IPL trophy.

From then on, Pathan earned himself the reputation of a hard-hitting batsman who can occasionally roll his arm over. Soon he was included in India’s one-day squad as well.

However, his inconsistency with the bat kept him in and out of the side. His role was more or less of an accelerator in the team, so he never tried to mould his natural style of playing. But that’s what he was made of.

Despite just three 50s and two 100s, Pathan played as many as 57 ODIs for India apart from the 22 T20 internationals. His unique ability of hitting the ball a long way was the reason for his inclusion in India’s World Cup winning squad back in 2011.

The 38-year-old then couldn’t continue to don Indian colours due to his struggling form and ended up playing his last international match on March 30, 2012. But he didn’t give up as the right-handed batsman kept playing IPL and domestic cricket.

He showed signs of a comeback quite a few times but it wasn’t enough to fetch him a place in the Indian team again.

Now, finally, almost ten years after holding that World Cup trophy in his hands, Pathan on Friday decided to put a full stop to this innings of his life.

“Winning two World Cups for India and lifting Sachin Tendulkar on my shoulders were some of the best moments of my career,” he noted in his retirement statement.

What did Yusuf offer to us, the fans?

Every time Yusuf had that willow in his hands and walked down the green carpet, you could feel the butterflies.

In no way was he an ordinary cricketer. He had an art of keeping everyone on the edge of their seats. Irrespective of the occasion, you never knew what he had in store.

Coming and going after any bowler he wanted to, smashing even the best of the deliveries, it all looked a fun thing for this six-foot-tall swashbuckler. He never was afraid of losing his wicket in his quest to smash the ball.

This apparently fearless approach might be the reason that he didn’t score many 50s or 100s, but if he hadn’t stuck to who he was, he might not have stayed as long as he did.

Currently, every other cricketer might have the ability of crossing the boundary line with ease, but what Pathan offered with his striking, at a time when it wasn’t usual, won’t ever be forgotten.

The soft signal debate rages on after a controversial week, but among the calls to remove it, none are yet to provide a valid alternative.