And while the journos jostle for the rights to pen St George Illawarra’s eulogy, Part 3 of my season preview will focus on the NRL teams facing the imminent closure of their premiership window.

Recap of 2020: The Eels had a cracking side last season. From 1 to 17, they fielded the deepest roster in the competition. The forward pack was an NRL benchmark, the spine featured a complementary blend of youth and experience, and the outside backs were stocked with genuine match winners.

Parramatta started the season with an enthusiastic ferocity one usually reserves for a hotel breakfast buffet. They won seven of their first eight games and featured an almost faultless defence that conceded a mere 11.5 PPG. And the addition of prodigious young half Dylan Brown alongside Mitchell Moses seemed to complete their attack.

Objectively, finishing third on the premiership ladder after registering 15 wins and only five losses looks impressive.

However comprehensive defeats at the hands of Penrith (20-2) and South Sydney (38-0) during the final month of the regular season again raised questions around Parramatta’s ability to perform when the stakes are highest.

These concerns were validated during the finals series. In back-to-back losses to Melbourne and South Sydney, the Eels jumped out to an early lead in both games only to watch on helplessly as their opponent came home with a wet sail.

The season-ending defeat at the hands of the Rabbitohs was perhaps the biggest indictment on Parramatta’s ability to handle pressure. After enduring a week packed with off-field distractions, Clint Gutherson reigned supreme at Bankwest Stadium during a 5-minute 18-point blitzkrieg.

Yet it wasn’t nearly enough, with the Bunnies scoring 30 second half points en route to another qualifying final.

Outlook for 2021: With the bulk of their starting squad returning for the 2021 season plus the addition of some handy veterans, this is arguably the strongest Parramatta team coach Brad Arthur has had at his disposal during his seven years in Blue and Gold.

But success in the NRL comes at a cost. Some of Parramatta’s biggest stars, including Nathan Brown and Maika Sivo, are off contract after this season and would be expecting significant financial upgrades.

Other cornerstone players including Mitchell Moses and Ryan Matterson are also off contract after 2021 and have options in their favour for next season.

As other successful clubs like the Storm, Panthers and Roosters have experienced in recent seasons, you simply can’t keep them all, regardless of how many car dealerships you own. Cashed up bottom feeders will continue to throw blank cheques at available players, and their current clubs cannot compete with all those zeros.

Parramatta are primed for another big year. Improving on their regular season performance from 2020 and making it to a qualifying final feel like very obtainable goals.

The stars have aligned to give the Eels a veteran team without an obvious weakness. But much like the appearance of Halley’s comet, if Parramatta can’t make it work in 2021, it could be a long time until they’re in this position again.

Recap of 2020: Even when they’re not at their best, the Roosters are still better than most. And make no mistake, despite finishing fourth on the competition ladder and reaching week 2 of the semi-finals, the Sydney glamour club had an off year by their lofty standards.

From a statistical perspective, it’s hard to discern any dip in form. Their points per game declined ever so slightly from 28.5 in 2019 to 27.6 in 2020, and their average points conceded rose from 15 in 2019 to 16.1 last season. The Roosters actually improved on a per game basis in terms of average line breaks, tackle busts, penalties conceded and errors committed.

But they just lacked that special something that’s defined this club over the last two seasons. Whether it was the end of set polish provided by Cooper Cronk or the game-breaking arrogance of Latrell Mitchell, the Roosters finally felt beatable.

Injuries certainly had an impact. The season ending losses of both Victor Radley and Sam Verrills during a Round 7 clash with the Dragons combined with the periodic unavailability of Boyd Cordner tested their depth.

But as they always do, the Roosters just kept on winning. Coach Trent Robinson would have been proud of his team’s performance in a very challenging season. 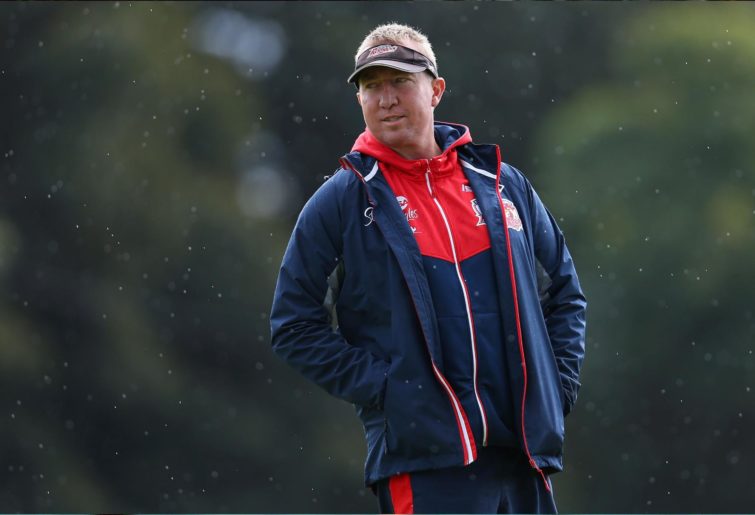 Outlook for 2021: A Rooster rebuild is a beautiful thing. It reminds me of when they put up scaffolding around some medieval European monument to repair a patch of crumbling façade – the building remains open to the public, and the maintenance causes only a slight inconvenience.

Remediation work is required for Trent Robinson’s squad. The Morris twins will be 34 when the season starts and it would be naïve to assume they can continue to defy father time.

Jared Waerea-Hargreaves and Jake Friend are no spring chickens at 32 and 31 years old respectively, and concussion-prone war horse Boyd Cordner seems to be ageing in dog years.

But the Tri-Colour transition has already begun. Pending permission from the NRL, generational talent and hype machine Joseph Suaalii can provide cover for either Josh or Brett Morris, or perhaps both simultaneously, hooker Sam Verrills is said to be the second coming of Danny Buderus, and pre-pubescent halfback Sam Walker looks set to haunt rival clubs for the next decade or so.

They could do with adding some depth in the forwards to eventually replace the likes of Cordner and Waerea-Hargreaves, and the long-term health of Luke Keary must be keeping Nick Politis up at night. But as the old Rooster saying goes, when one door closes, another chequebook opens.

Something tells me they’ll be just fine.

Recap of 2020: This time last season, all anybody wanted to talk about was Latrell Mitchell. Whether it was his switch from the Roosters to arch-rivals South Sydney, questioning what position he’d play or judging him for his husky physique, the fullback spent more time in our news feeds than Kerry Chant.

The consensus was that Mitchell was a dud buy. He was viewed as Jarryd Hayne 2.0 – a highly gifted athlete that drifted in and out of games, but occasionally won them singlehandedly. No one could deny Latrell’s ability, but not many wanted to pay top dollar for a player who only touched the ball half a dozen times every match.

Coach Wayne Bennett backed himself to get the best out of Mitchell and was widely scorned. Shockingly, the bloke who’s coached for nearly 50 years and won more premierships than I’ve had hot dinners was proven correct, and those in the NRL 360 peanut gallery were proven wrong.

Damien Cook struggled to provide the same level of impact under the new rule changes but seemed to adapt as the season progressed.

At the end of the day, Souths still fell one game short of the grand final. Again. Despite dominating the mind game battle and aiming a few well-directed smirks up North, Bennett failed to advance his side beyond where Anthony Seibold left them.

Outlook for 2021: With the addition of Jai Arrow to an already formidable forward pack plus the return of Latrell Mitchell, Souths are stacked. Injuries aside, it’s difficult to imagine what could stop the Rabbitohs from powering to their fourth consecutive qualifying final.

The only potential factor which could derail their campaign is focus. The 2021 season will be Bennett’s last in cardinal and myrtle, and he rarely makes a clean exit. If he intends to coach beyond this year, Wayne and the media circus that follows his every move will be distracted by his next destination.

The uncertainty surrounding the future of halfback Adam Reynolds is another unwanted interruption. The nuggety number 7 has played his entire 205 game career at Redfern, but reports are suggesting South Sydney are not keen on signing him long-term.

But this isn’t a club looking long-term. You don’t bring in blokes like Josh Mansour and Benji Marshall if you’re building towards the future. The Rabbitohs know they have the right squad with the right coach to win now. Cooper Cronk and Cameron Smith got their fairy tale finish, why not Wayne?

Recap of 2020: Manly entered the 2020 season as the most popular dark horse since Black Caviar. The scintillating form of the Trbojevic brothers during the 2019 season coupled with the ascension of Daly Cherry-Evans to the starting halfback role for both Queensland and Australia had the Sea Eagles set to soar.

An unfavourable draw saw Manly play four of the top five sides from the previous season during the first six rounds of the competition.

They escaped this murderer’s row a respectable 4-2, which included impressive victories over the Roosters and Raiders, and were a controversial forward pass decision away from also taking care of business against Parramatta.

But as is too often the case with the Sea Eagles in recent seasons, their fortunes were tied to Tom Trbojevic and his haggard hamstrings. So when the fullback limped off the field in Round 6, the entire Northern Beaches held their collective breath. Up until that moment he was leading the Dally M count and had been involved on 11 of Manly’s 14 tries.

Trbojevic took part in only one further game in another injury-shortened campaign. The Sea Eagles capitulated without him in the line-up, winning three of the next 14 games and finishing the season in 13th position. Not since the Newcastle sides of the early 2000’s has a team relied so heavily on one player to win them games.

Outlook for 2021: Manly have taken a very top down approach to constructing their roster. They have a trio of highly paid superstars (Daly Cherry-Evans, Jake Trbojevic and Tom Trbojevic) which consume a hefty portion of the salary cap, and the remaining positions are filled by younger players and journeymen.

When the superstars are on the field and on their game, this model can be very effective. Melbourne have had huge success implementing this system over the years, and Manly made the finals in 2019 using this approach. But if just one of those superstars can’t play, the results can be catastrophic.

Heading into the 2021 season, the Manly power brokers should be worried. Tom Trbojevic has missed 25 games over the last two seasons from hamstring injuries that must now be considered career-threatening, and Daly Cherry-Evans is coming off a disappointing season that begs the questions of how much gas the 32-year old has left in the tank.

Trbojevic did nothing to allay these concerns when he tweaked his troublesome hamstrings in a bathroom mishap, an accident which will see him miss the first month of the season.

With the shine of Des Hasler’s triumphant return now well and truly gone, the Sea Eagles face the depressing reality that despite his obvious talent and match winning ability, Tom Trbojevic is a liability.

Tom Rock
Expert
A fair-weather Newcastle Knights fan, Tom doesn't leave anything on the field. He always gives 110 per cent and never forgets to give full credit to the boys. But in a game of two halves, it's important not to look too far ahead, so Tom's just taking it one week at a time.
close