This week presents another seven matches to savour, with Sydney FC and Western United backing up after weekend action to meet next Wednesday night in the harbour city.

Elsewhere, the Wanderers, Glory and Jets face important opportunities to right the ship and pick up some much needed points, Brisbane will look to get its season back on track against Sydney FC in the twilight of Saturday and a Melbourne Derby will follow just moments later.

Good luck with your selections for the week and be sure to enter them in the sheet below to have a say in the always important voice of the crowd.

Here are the thoughts of the panel on what looks like a tricky set of matches to predict.

The Reds looked in control against the Wanderers in Parramatta last time out, and they’re always tough to beat at home. They should bank all three points.

Brisbane versus Sydney FC is a big game in front of what should be a decent crowd in Redcliffe. The Roar had their chances against Perth, and I reckon they’ll sneak an upset here.

Melbourne Victory look like they couldn’t fight their way out of a wet paper bag, and they couldn’t have picked a worse time for the derby.

City to win it. Tempted to tip a draw here, but I just can’t see how Wellington match the Glory right now. Perth are never great travellers but they’re good enough to win here.

What are we up to, Western United? Where’s this one? Ballarat, apparently. I’ll back Western United. Only because it winds up Wanderers fans so much.

I reckon Central Coast’s great run has to come unstuck at some point, but I’ve been saying that for weeks. Can’t tip against the Coasties in this kind of form.

I’ll back the Sky Blues to see off a Jekyll and Hyde-like Western United at Kogarah. Even if I think Sydney FC are lacking in a few key departments this year.

The Jekyll and Hyde Reds will be out for a third consecutive set of points against the Jets in Adelaide and should grab them with a vocal home crowd present and one starting to warm to their work.

Brisbane Roar face a fifth consecutive match without the taking of three points should they not manage to topple Sydney FC in Redcliffe. It could be a cracking affair.

Sydney are starting to slowly build and could well grab the points on the road, with heads set to roll up north.

Tipping Melbourne City will become commonplace for much of the remainder of the season after another impressive performance against the Wanderers midweek. There has probably never been an easier decision to make on a Melbourne Derby involving City and Victory. Light blue by two goals.

Wellington finally had a dash of luck against the Jets and played well at the same time. They now meet a somewhat embarrassed Perth after a dismal first half display in their loss to the Mariners.

This is tough to call, but I’ll side with the visitors based on the sheer number of chances they create. However, if Diego Castro starts from the bench again, I’ll be wishing I went the other way.

Wanderers fans were boasting about an impressive unbeaten run before wham, bam thank you ma’am, two losses have them close to free fall. Mark Rudan’s men will create the chances they need in this one and send the red and black back into mid-table pain. 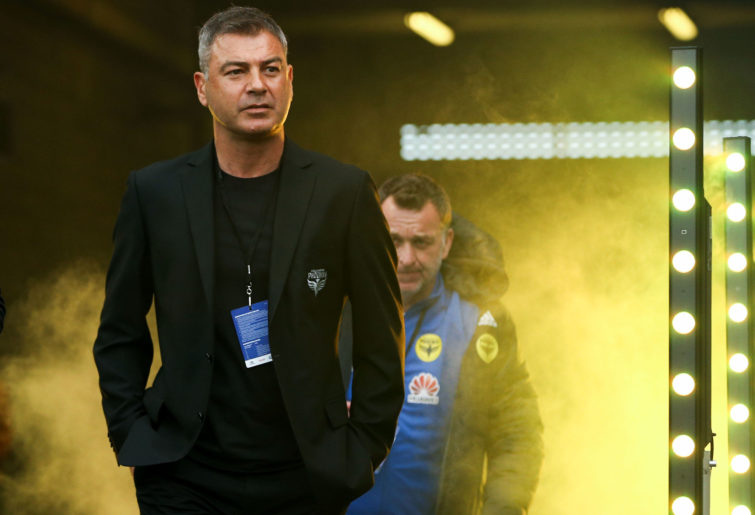 So who has the guts to bet against Central Coast right now? I do. I’m liking more and more what Macarthur are doing and their foreign contingent is beginning to look ominous.

The Bulls in a tight one. It will be short turn arounds for Sydney FC and Western United next Wednesday, with an advantage to Sydney by just a day. That might be enough to tip the scales their way on a comfy home deck.

A-League, I hate you. You beguile me with your sexy score lines, intrigue me with your kinky comebacks, then dash my hopes with an array of away wins that no star-crossed lover could tolerate. You delight in spurning me with your mischievous unpredictability.

Therefore, it’s over between us.

Craig Goodwin comes back to Adelaide and suddenly the Reds are world beaters. Having won three of their four home games and against a sluggish Newcastle, they should continue their streak.

I can’t believe that Brisbane and Sydney FC are the most out of form teams at the moment. At a packed Redcliffe the Roar should recapture their winning ways.

A win against the Phoenix had Melbourne Victory fans hopeful but crashing out to Western United has coach Grant Brebner under pressure. If I was him I’d just lob the ball in to Rudy Gestede all day. City too good.

Wellington have given up their crowd pleasing style for a more pragmatic approach this year. As a nomadic team it’s hard to blame them.

After a slow start Perth are playing good football and should get the win. The battler’s derby between the Western teams of Sydney and Melbourne should be a no-contest. Western United to easily account for the Wanderers.

Macarthur are proving to be one of the toughest teams to play against. They have already beaten Central Coast this year, although the Mariners will have learnt from that.Draw.

I have tipped Sydney FC to lose against Brisbane, so that would make it four losses on the trot if I tip Western United. The laws of probability suggest this won’t happen so I expect Sydney FC to scrape home. 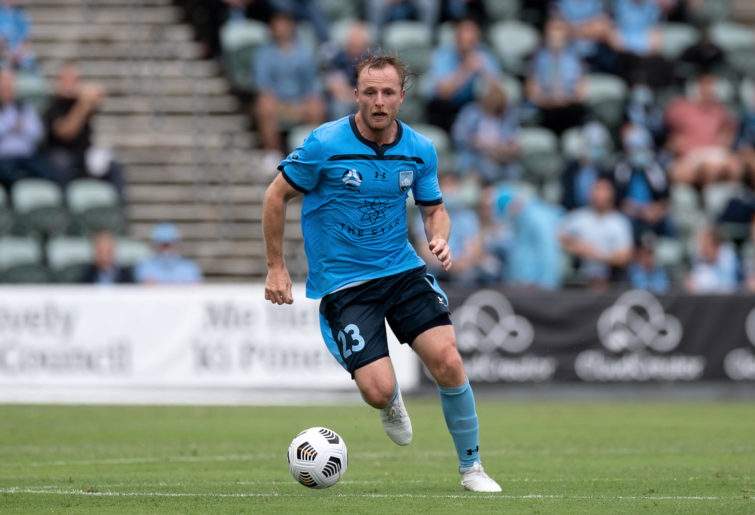 Is there collusion in the A-League to produce such attacking and open football? Are managers making subs and tactical changes that are completely opposite to what they would normally do? Two goals up, you go for the third.

An unlikely draw approaching the 90 minutes, you go for the win. It just doesn’t add up. It’s totally bonkers. And we love it.

Adelaide ripped the Wanderers apart last time out, and I fancy them to do it again. Newcastle have enough quality to push the home team to the end, but the Reds to win 2-1, Craig Goodwin again the difference.

It’s not long since the Roar battled well for a draw at Sydney. A quick turnaround, with the visitors devoid of form and lacking in inspiration, I fancy the home side to dominate this one in the opening stages.

Once Luke Brattan takes command, Milos Ninkovic gets some freedom and Bobo appears from the bench, Sydney FC will turn the screws and snatch all three points late in the game.

Victory were on a roll in the closing stages of their thriller with Western United only to lose to ten men with the last kick.

This time they’ll take command early on, score twice in the first half, and Jake Brimmer will put the game to bed with a third in the second half. They might just have realised how easy it is for them to score from crosses.

The Phoenix are an enigma. The football they play is fabulous to watch but they get caught on the attack and the same could be said for Perth.

The Glory were found out against the Mariners on Tuesday night, but they will be back for this one. The Grealish of the West, Daniel Stynes, to pull the strings and Perth to score four unanswered goals.

Wanderers at Western United, a thigh-rubber of a game. The genius of Alessandro Diamanti will again be on show and Dylan Pierias will be involved in everything good for the home side.

Just as we think United are home and hosed, Wanderers will throw on their second set of attackers and pull it back, just falling short in another 3-2 classic.

The Mariners were magnificent in Perth. Macarthur were surprisingly stale in their 1-0 win at Sydney FC. This should be a home banker.

In true A-League 2021 tradition, form means nothing, Benat Etxeberria to bend one over the wall for the only goal of the game in first half injury time. An Adam Federici master class in the second half will keep the clean sheet in an impressive away victory.

Sydney FC will complete the round with a return to form in their midweek encounter. An unusually defensive display from Mark Rudan’s team will be punished, the oft-faltering Kosta Barbarouses to again show his true worth with a hat-trick in a 3-1 win.