Matthew Wade's time is up. Josh Philippe must take the gloves

Despite getting to bat in his favoured opening position in the ongoing series in New Zealand, Wade failed again last night, giving him 41 runs from three innings against the Kiwis.

Wade’s lack of input yesterday didn’t hurt Australia, who racked up 4-208, thanks to an extraordinary knock of 70 from 31 balls by Glenn Maxwell, and then skittled New Zealand for 144 on the back of 6-30 by Ashton Agar.

That easy victory shouldn’t, however, protect Wade from criticism. Put simply, he has never been a good T20I player and is showing no improvement in this format. From 36 career matches, the left hander averages 21. In Wade’s last ten matches, over the past year, his average is 22.

Australia have even readjusted their batting order, at times, to let Wade open. Yet his numbers still don’t stack up. Wade has been picked on the back of his dominant efforts in the Big Bash League.

If he was a young player, with room for development, then it would be easier to understand why the Aussie selectors keep backing him in the shortest format.

But at 33, Wade is ten years older than Philippe and eight older than Inglis. He’s now played 130 limited overs internationals for Australia, over nearly a decade, and is yet to make a major mark in either format.

There is no need for Wade to play the final two matches against NZ. Instead, Australia should belatedly give the gloves to Philippe.

With Australia missing half their starting line-up this tour, due to a scheduling clash with the now-cancelled Test tour of South Africa, this series shaped as a prime fact-finding mission ahead of the T20 World Cup in October.

Last night, for example, we got a first glimpse at express quick Riley Meredith at the highest level. The young Tasmanian was hugely impressive, taking 2-24 from four overs, troubling the Kiwis with his pace and, possibly, putting himself on the radar for World Cup selection.

Australia really should have used this series to trial either Philippe or Inglis as their T20 keeper, after years of underwhelming performances in that role by Wade and Alex Carey.

Averaging 30 at a swift strike rate of 145 in this, his debut T20 series, Philippe has showed glimpses of the dynamism that’s made him a BBL superstar.

The 23-year-old certainly rode his luck yesterday, in a knock of 43 from 27 balls, but hasn’t looked out of his depth away from home against a very good New Zealand attack.

Philippe’s unorthodox approach – moving around the crease, and accessing all parts of the ground – shapes as a nice counterpoint to the more traditional styles of Aaron Finch, David Warner and Steve Smith. 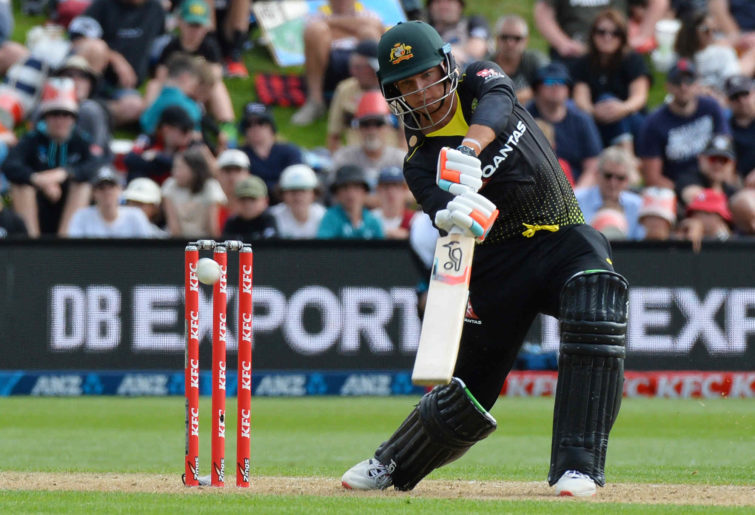 Granted, Philippe is not a high quality keeper. His glovework can be honed and, at his young age, he has the time to make major improvements.

Yet Wade, too, has never been slick behind the stumps. Inglis is clearly superior to either of them with the gloves and was unlucky not to be picked for this tour after an impressive BBL campaign.

Inglis excelled in the middle order for the Perth Scorchers, and that is very likely where Australia’s keeper will need to bat once Warner and Smith return.

I would like to see Philippe trialled in that middle order spot, as he appears to have the versatility it requires, but the selectors seem intent on batting him in the top order.

He should open in the next match with Finch, who last night put paid to any talk of him being axed for the World Cup by making 69 from 44 balls.