The Cameron Smith situation has been a constant focus of media attention throughout what has felt like quite a short off-season. In fact, the off-season has been only a month longer than the COVID lay-off after just two rounds last year.

But the man who has played over 400 games, and is one of, if not the best player of his generation, still hasn’t made his mind up.

It is becoming quite obvious that the Melbourne Storm have prepared and are beginning life without their former captain. With Harry Grant and Brandon Smith both still at the club, the long-term success story is in good hands moving forward at one of the pivotal positions on the park.

Grant and the younger Smith will still be fighting it out for the number nine jersey, but at least, from a Melbourne fan’s point of view, they won’t find the urgency to leave the club they may have if Cameron returned from his supposed new base on the Gold Coast for one last run around in the Victorian capital wearing purple.

And the argument could be made that with the future of the club ready to go, Melbourne don’t really need Smith.

He is one of the best, but whether he will provide the same output in 2021 is anyone’s guess, and under Craig Bellamy’s leadership, it would take a brave man to predict the dramatic fall from grace many did when stars Billy Slater and Cooper Cronk finished with the club.

On the Gold Coast though, the situation is phenomenally different.

The club are just turning a corner. The re-build has been well underway, but it might be time for them to shoot for finals footy in 2021.

Looking through their squad, if they can stay fit and healthy, they will be one of the big improvers this season.

Whether it’s the twin signings of boom forwards Tino Fa’asuamaleaui and David Fifita, the work-a-holic attitude of Moeaki Fotuaika, the improved halves combination of Jamal Fogarty and Ashley Taylor, or the influence AJ Brimson has over the club, there are few gaps in the roster. 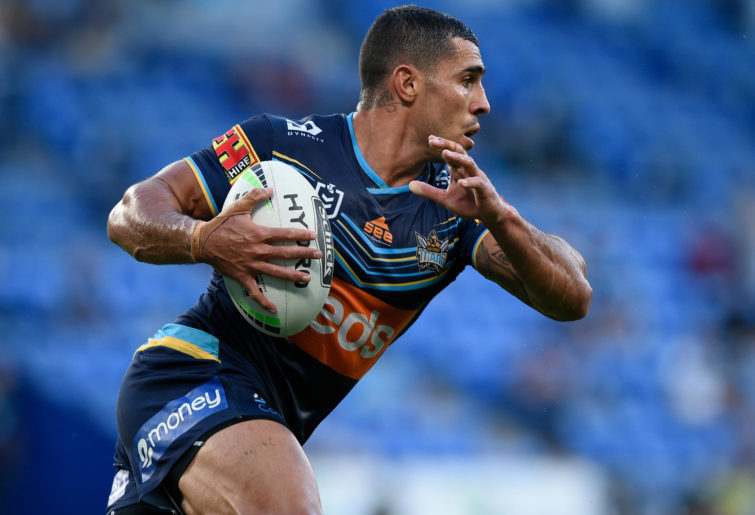 The way Brimson improved this side when he came back from injury last year as they went from averaging 12 points per game to over 20 was phenomenal, and his influence was confirmed on State of Origin debut in the series opener before he was sidelined with a Lisfranc fracture.

However, and it is a big however, they are lacking in the dummy-half role.

Mitch Rein is there, sure, but Nathan Peats was let go and never really replaced. There are plenty of youngsters on the club’s radar, like development players Jayden Campbell, Alofiana Khan-Pereira and Tristan Powell, but none of them will be ready to play this year, and more importantly, none are hookers.

In fact, apart from Rein, who is likely to don the starting number nine jersey for the first part of the season, Erin Clark is the only other player you could reasonably recognise as a hooker, taking that Tanah Boyd is a half who can fill in a little bit at best.

The decision to let Nathan Peats go, while seeming a reasonable one on the surface given the former New South Wales representative’s output over the past year few years, will come back to bite them if they don’t secure the signing of Smith.

While some clubs, like the Tigers, may turn to boom youngsters like Jake Simpkin to start the season in one of the most important positions on the field, the Titans can’t afford to do that, nor do they have the resources.

What they need with their young squad is experience, and when you need experience, there is no better name in the competition than Cameron Smith, even if his output was to slightly diminish as he reaches the grand conclusion of an amazing career.

His record doesn’t need to be mentioned, but there is little doubt that with the talent which would surround Smith on-field, right across the park, he is the gel and glue which could bring it all together and turn the Titans into a premiership contender from their current slot, which looks like being somewhere in the mid-table anywhere from about seventh to 12th, such is the likelihood of a close race this season.

It’s the perfect fit for the Titans. They address two birds with one stone, being the hooking and experience shortages, and the remainder of the squad would learn plenty from having Smith there even for a single year.

It would turn the club into a powerhouse for years to come, and if the Titans don’t have a blank chequebook in front of Smith for their final top-30 squad, then the world has gone mad.

The ball should be in Smith’s court, with the big questions surrounding whether he wants to play on and whether he could possibly bring himself to play against Bellamy and the Storm.

But if the answers are yes to those questions, then the challenge of making the Titans a powerhouse should be enticing to one of the greats.

Time will tell, but this would be something special.

The Gold Coast might just finally make something of their sporting deathtrap if the cards fall into place.