While I didn’t class myself as a Supercars fan, it’s something that I enjoyed glancing at on TV. I’m more of a Formula One aficionado and watch that intently each race meeting.

The first race weekend I went to was the 2019 Newcastle 500 and it was a great event and a talking point in the town that I call home. While I certainly enjoyed the event, it didn’t grab me like going to the mountain did.

I now call myself a fan and can’t get enough of it. The thing that did it was I was able to get paddock access, which allows you to go behind the scenes and experience the garages and drivers close up.

I had a three-day pass but we only went for the Friday and Saturday. Work beckoned on Sunday. The four-hour journey was pleasant enough even though there was no quicker way except through Sydney.

Due too the excessive accommodation prices in Bathurst and surrounds, we booked a sensational room in Katoomba. An extra 100 kilometres both ways from Bathurst but that’s the way it goes.

Arriving in Bathurst we went straight to the track expecting to pay for parking but was pleasantly surprised that the paddock in front of the track was nowhere near full and we parked for free.

Stepping out of the car we could hear the roar of the warm-up acts and this set the scene for a great two days. 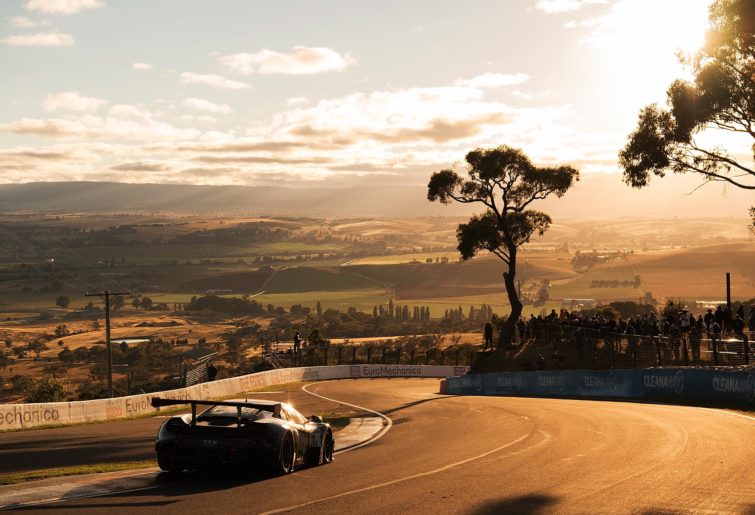 My son had no interest in attending the Newcastle race and turned down the chance to come with me and of a pit walk with his school.

When this opportunity arose, he jumped at it. Armed with his proper camera, not a phone, he snapped 2100 photos over the two days.

Upon the mandatory COVID checks, we went straight to the paddock entry and walked over the finish line bridge to another checkpoint. The security and the overall running of this event was first class.

The other great thing we both appreciated was that the crowd was thin compared to the October 1000. Due in part to it not being that race and COVID restrictions, those that were there were the true diehards.

As the paddock is virtually a straight walk behind the garages, we did the rounds a few times so as not to miss out. I was fortunate enough to have a photo with David Reynolds.

It was then I cursed myself for not bringing a Sharpie. I know the full Erubus story due to the excellent documentary on Fox Sports last year.

From that and watching a few races, I came to the conclusion that Anton De Pasquale is the driver I will be following. His move to Shell as the replacement for Scott McLaughlin shows he has what it takes. 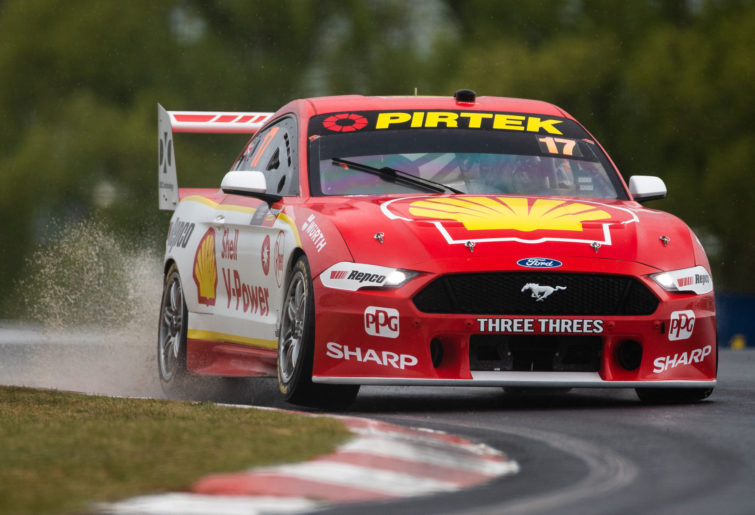 From there we went for a walk back over the bridge and into the merchandise tents. At $5 I wasn’t passing up the Erubus cap from last season and I made it my mission to get it signed. A trip to the shops to get the required marker was in order before we arrived on Saturday.

We stayed at the bottom of the mountain on Friday but Saturday we were venturing to the top. We bought folding chairs for the two days but they never left the boot. After a stop for dinner in Lithgow and a trip to a foggy Three Sisters when we got to Katoomba, the day was over.

Sunday did not bring the rain that was promised for the week. In fact, the sunburn tells the story as to what the conditions were like. Another trip to the paddock was the first order of business to get the required signatures. Luckily enough I was able to grab both and on race day as well. I count that as a stroke of good fortune.

What was an absolute joy was getting a photo with the legend Dick Johnson as well as De Pasquale’s engineer Ludo Lacroix.

Before the main race we went to the National Motorsport Museum, which handily was right next to the track at the bottom of Conrod Straight. There were too many motorbikes for my son but we both found it a fascinating place to visit.

I’m sure if we were there on a non-race weekend the attraction may not have been so strong. It is well worth a visit.

We got back to the track just in time for the start of Race 1, which produced some outstanding photos from the bridge at Hell Corner. So good was the view that the track side resident halfway up Mountain Straight could be seen on his ride-on mower giving the buffalo a trim.

From here we caught the very reasonably priced shuttle bus ($5) to the top of the mountain and the places I’ve heard in commentary since I was a young lad. Reid Park, McPhillamy, Skyline, the Esses and Forest Elbow, myths no more.

Once off the bus it is easy to see why people camp here for days. Conversely, if it was as full as we see on TV for the 1000, I think I would be happy staying at Katoomba. Elaborate tents even had flat screens as big as I have at home as well as satellite dishes set up to get the beat pictures possible. I salute the dedication and ingenuity.

The speeds that they rip around the circuit are spectacular, as is the walk across the top to our last stop at the top of Conrod Straight. Fences prevent you going any further. This was a good thing as we were in the perfect position to see Tim Slade slam into the wall and the end of his weekend. Bad for him but fortuitous for us.

There is only one draw back from a trek on the mountain and that is walking back. When you walk down, you must walk back up. And on a hot day it can take its toll.

My son has turned into a motor racing fan and has invested in the Supercars app timing add on. Tongue in cheek, he has asked to go to Le Mans in June. Luckily the Asian Le Mans was on Fox to quench his thirst.

We had a sensational time at Mount Panorama and we have booked the accommodation for October. Another stay at Katoomba beckons. Hopefully the fog will lift so we can see the Three Sisters in the photo this time.