First T20 was meant to kill off-spin, then it became perceived wisdom T20 spinners had to be mysterious, yet now traditional finger spinners like Ashton Agar and Mitchell Santner are dominating.

In the ongoing T20I series between Australia and New Zealand – two nations famous for their pace stocks – it is Agar and Santner who have been the standout bowlers, along with Kiwi leggie Ish Sodhi.

Between them, that pair of left-armers have taken 14 wickets at 12 in this series while going at a miserly 6.8 runs an over.

Australia’s batsmen tried to attack Santner in Game 1 but since then have seemed resigned to just knocking him around for ones and twos.

On Friday, as the New Zealand quicks collectively went at nine runs an over, Santner gave up just 16 from his four overs. This is nothing new as he consistently excels against Australia in T20Is.

Agar, meanwhile, started this series slowly after an extended injury layoff. No sooner had his critics begun calling for him to be axed, the West Australian cut loose, taking an extraordinary 6-30 in the third match, followed by 2-11 from four overs on Friday.

Australian skipper Aaron Finch displayed such confidence in Agar that he gave him the first over of the innings in the last match. The spinner bowled three overs in the Power Play, giving up just seven runs. In doing so he caused the required run rate to blow out and forced the New Zealand batsmen to start taking big risks far earlier than they would have planned.

None of this will have surprised cricket fans who follow T20Is closely. Among T20I spinners, only Afghanistan’s Rashid Khan is undeniably better than both Agar and Santner.

In the past two years, they are the two leading wicket-takers in T20Is (among the top-ten ranked teams). Santner has been fantastic, taking 26 wickets at 21, with an economy rate of 7.6 runs per over.

Agar, meanwhile, has been astonishing, snaring 28 wickets at 13, with an economy rate of 6.4 runs an over. Those numbers are jaw-dropping.

What makes them even better is that Agar hasn’t padded his stats by beating up on lowly ranked sides. In those past two years he’s excelled against England, New Zealand, South Africa and Pakistan, all of whom are among the top-six ranked sides in the world.

As bowlers, Agar and Santner aren’t much to look at. They trundle in and send down gentle deliveries that half the spectators probably think they could belt. Batsmen, too, get fooled into this same thought at times. 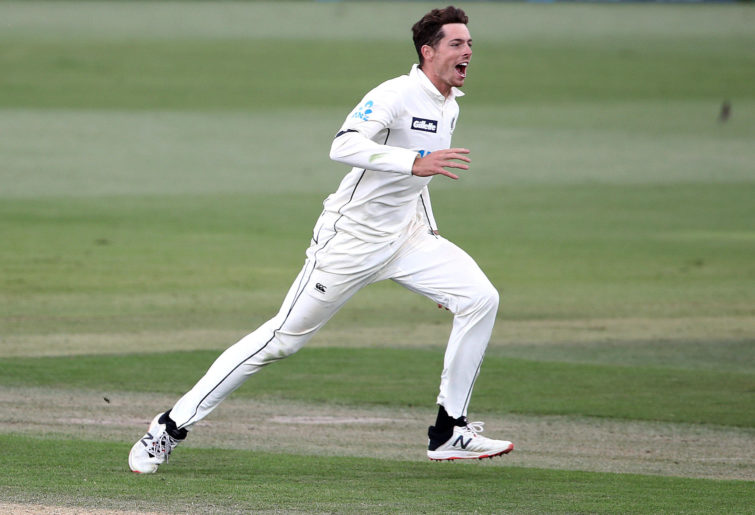 Giving respect to an innocuous-looking spinner is beyond some international batsmen. “They need to go the journey,” you can sense them thinking. “They deserve to be whacked”. Moments later that same cocky strokemaker is shaking their head en route to the changerooms.

The success of Agar and Santner derives from their economy. In those past two years, only twice in 16 matches has Agar conceded more than 30 runs.

Like Santner, he doesn’t have to produce bamboozling deliveries to make breakthroughs. There’s no need for a deceiving doosra when you can pressure batsmen into gifting their wickets from a standard off-break or slider.

Agar and Santner hurry the ball on to the batsmen, on a length neither full nor short, all the while making slight changes to trajectory and point of release. Two seemingly identical balls are not so identical because one is delivered with a rounder arm, and from slightly wider on the crease, creating a sharper angle into the right-hander or away from the lefties.

When these subtle variations are mastered they can become just as damaging in T20 cricket as wizardly googlies and doosras.

No T20I spinners in the world are better at this understated form of trickery than Agar and Santner. They bluff and double-bluff T20I batsmen so well that they’ve become more valuable to their sides than superstar quicks like Trent Boult, Pat Cummins and Mitchell Starc.

T20 might have tried, but it couldn’t exterminate the finger spinner.

We are all still in the hangover of the epic Test match series between India and Australia.  It was something for the ages. The four Test matches were like a roller-coaster journey, full of ups and downs. We have heard enough of the Indians’ heroics in Melbourne, Sydney, and of course the Gabba. But from […]