My NRL ladder prediction Part 8: Who will come first?

It has been a pleasure being able to write this series and I have loved the support from my fellow roarers in the comment section.

It is officially the eve of the 2021 NRL season so here is who I think will top the competition and finish first this year.

They were also able to pull off a win that was the definition of convincing, destructively ripping into the Sydney Roosters with a score line of 60-8 in the last match off the regular season.

This carried on into the finals as they were able to just walk over the Knights and Eels, before ending their year with a tight four-point defeat to the Panthers in the preliminary final.

This was the Rabbits’ third straight year of coming up short in a prelim final.

South Sydney will welcome in new recruit Jai Arrow, who will begin his new life as a Rabbitoh off the bench.

The departure of Bailey Simonsson will grant Keaon Koloamatangi a start in the second-row position, with Cameron Murray occupying the lock role.

I certainly would not be surprised if Arrow becomes a starter sometime throughout the season. Another new signing was Jacob Host, who will be settling into the other second row position alongside Koloamatangi.

Either of these players could be sent to the bench for Arrow and those three players will rotate throughout the season.

Benji Marshall will also be with Souths in 2021. He signed a one-year deal with the club and will bring rare experience and depth to the bench.

This was a great move by the Rabbitohs because Benji will be the perfect player as a utility option and will be there if either Cody Walker or captain Adam Reynolds suffer an injury.

Another great pick up for South Sydney is Josh Mansour, who will be replacing the departing Corey Allen on the wing.

Mansour from my thoughts was an upgrade to the Rabbits’ other outside backs, because he is a great try scorer and ball runner as he has shown at the Panthers.

Overall, I think the Rabbitohs showed us in the back end of the 2020 season how dangerous they can be, and I believe they will show those signs this season to become the minor premiers. 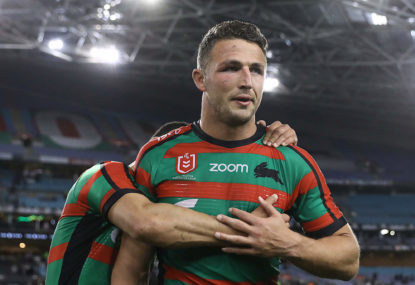 Atlassian co-founder Mike Cannon-Brookes, an Australian tech mogul worth an estimated $27 billion, has become the latest high-profile owner of the South Sydney Rabbitohs.