A lack of resilience burned Canterbury in close games last year and new coach Trent Barrett admits it is an issue he needs to correct following his side’s 16-point loss to Newcastle.

The Bulldogs scored first and laid on three tries to lose 32-16, but new coach Barrett said he was disappointed in the Dogs’ bite when the game was on the line in the second half.

Going into the sheds down 18-10 the Bulldogs looked threatening before the Knights steamrolled through the middle with five penalties and as many set restarts.

By contrast, the Bulldogs had just three six-agains.

None of this was a decent enough excuse for Barrett, however, who said he had addressed a lack of fight shown by the group last season when they lost eight games by eight points or fewer to finish 13th. 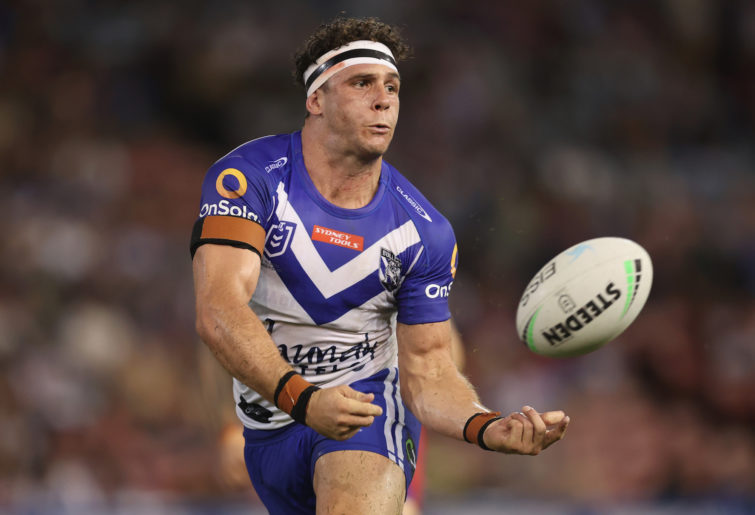 “It’s something we’ve spoken about,” he said.

“When something does go against you, you save two of those tries, you’re in the game at the back end to win it.

“But again, we didn’t help ourselves with the errors we made in yardage.

“We gave them a pretty easy night, really.

“They didn’t have to earn too much because we gave it to them… that’s how I saw it.

“Combinations are going to get better obviously, the more they play together, and there were a few boys there probably a bit underdone.

“They’ll be better for it next week, and they’ll have to be.”

The Bulldogs made 13 errors to the Knights’ seven, with several leading to tries for the home side.

For the most inexperienced spine in the competition, it is a lesson to be learned. And for the pack, it is a wake-up call.

Under new NRL laws, offside penalties are now set restarts, which gassed the defence at the back end of the game.

“You can’t turn the ball over in yardage and give teams free shots at you,” Barrett said.

“I need to get a little bit of clarity on the six-to-gos because we got pumped.

“I’ll find out about that and the penalties.

“I’ve got to be careful but I’ve got to ask the question because it put us under enormous pressure.

“But that’s certainly no excuses for the yardage errors we made.

“They weren’t forced errors, either. They were ours.

Canterbury coach Trent Barrett has told his side to handle the big men in defence better after losing the territorial battle in the 32-10 loss to Parramatta.

So the Bulldogs crack a win and everything is coming up Milhouse.

Six rounds have now seemingly raced by and the Canterbury-Bankstown Bulldogs are firmly entrenched on the bottom of the table. 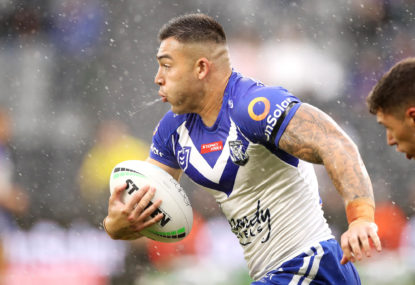 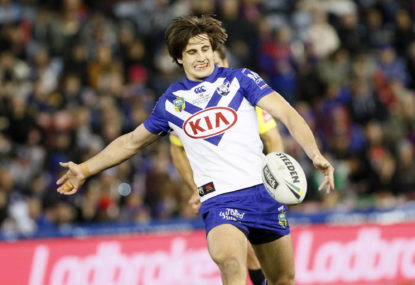 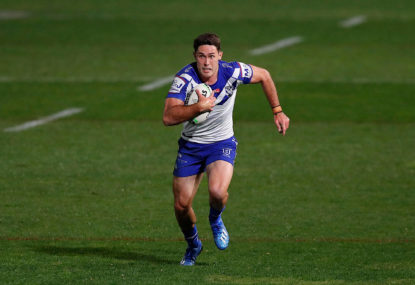 Canterbury’s miserable start to the season has reached historic levels after a 38-0 loss to South Sydney made their 16 points scored in four games the worst tally in almost a century. 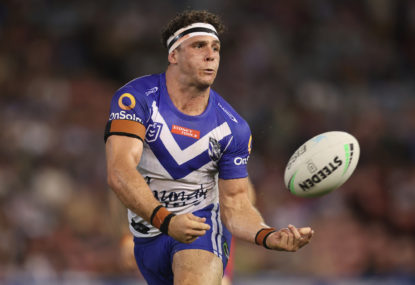