West Coast versus Gold Coast is turning into a spicy rivalry

One club is one of the most successful in the AFL era while the other is the least successful by a long way, yet there is a rivalry building up between the Gold Coast Suns and West Coast Eagles that has AFL fans everywhere anticipating a spicy Round 1 stoush.

The second episode of Amazon Prime’s Making their Mark highlighted exactly how much fear and anxiety the prospect of facing the Suns first up coming out of lockdown in Round 2 held for Eagles coach Adam Simpson, so his premonition captured by the documentary cameras must be giving him sleepless nights even now.

The young Suns did precisely what Simpson feared they would, using their talent and exuberance to roll over the underdone and out-of-sorts Eagles, in a break-out performance that offered a sample of what these kids could (and would) do to teams in 2020.

The Suns’ coach Stuart Dew came from his assistant coaching days at Sydney where the Swans gained ascendancy over the Eagles after almost ten years of the most even match-ups ever seen. Perhaps a little more credit should be given for his ability to mastermind victory over one of the toughest sides to crack.

The overall record between the clubs shows a ledger of nine wins, two losses and one draw in West Coast’s favour, which is certainly indicative of the comparative ladder positions. However, eight of those games were in Perth and all of those were wins for the Eagles, giving the Suns two wins, one draw and one loss at home. 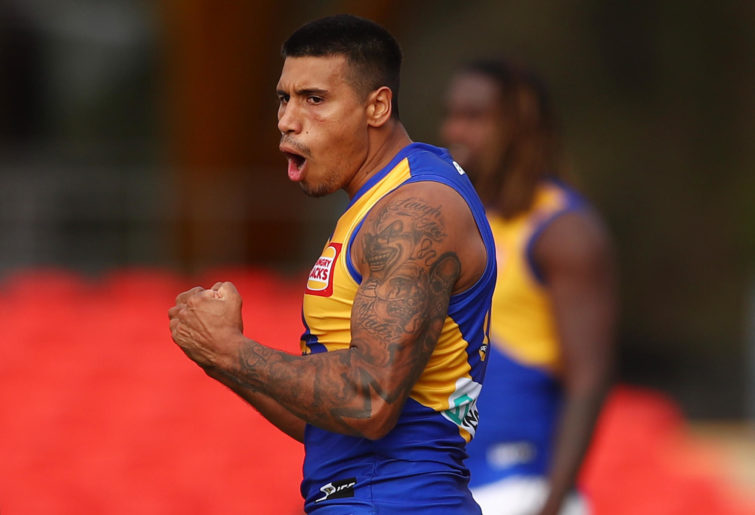 Adam Simpson has six wins, one draw and two losses versus the Suns since he became coach of West Coast ahead of the 2014 season, so he is a little more concerned about playing Gold Coast, having had premiership aspirations in three seasons dented by dropping points at Metricon, which would have made a difference to the finals order each time.

Stuart Dew is looking to achieve a first away win for the Suns against the Eagles, which neither Guy McKenna nor Rodney Eade could manage, although Eade did get the Suns up twice during years when the Eagles were finals bound.

Breaking down the numbers, West Coast can be susceptible to having late-game fades, while Gold Coast are noted early-season dynamos with a great record in the early rounds.

While by no means a traditional rivalry, the Suns versus Eagles fixture is building into a non-Victorian coast-to-coast derby that is beginning to gain wider attention, especially with the Suns’ stunning win at Metricon last year and the upcoming clash being played in the west at prime time on the AWST clock. 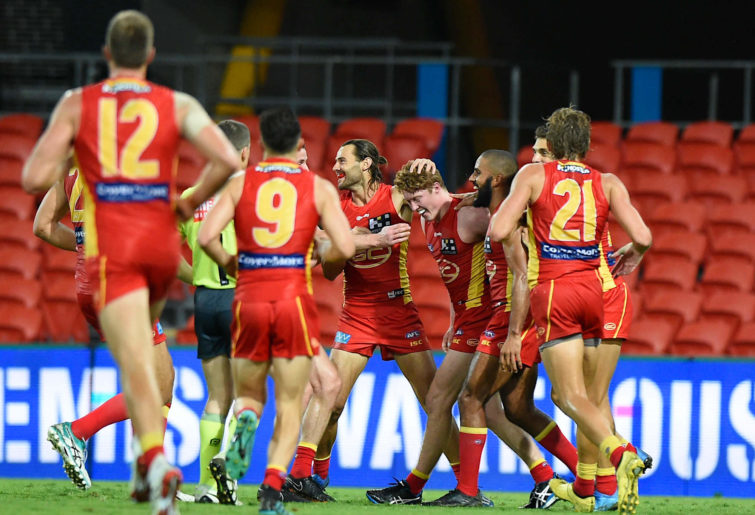 Betting markets are particularly hesitant about the Suns’ chances, with all agencies offering lengthy odds of a Gold Coast win and a short price on the Eagles winning their ninth out of nine home games against the 17th franchise since 2011.

Nevertheless, with an injury toll heading into double figures and a list of only 42 players, there are some positions in the Eagles team that will need to be filled by younger players, possibly debutants, while the Suns have fewer than a handful of outs and look stronger than ever going into a Round 1 match.

AFL scheduling notwithstanding – seriously, nine away to four at home is hideously unfair, especially for a new franchise against an AFL heavyweight – this rivalry will go to another level if the Suns can win against the Eagles at Optus, or even just make it a contest.

The true test of the rivalry may come sooner than most would predict if the sides were to meet in the finals in 2021, which seems even less likely than the Suns winning in Round 1. But the chances of both happening can be exponentially improved with a Gold Coast victory next Sunday.