Five sneaky underrated subplots from round 1 of the NRL

It’s amusing and bemusing that all it takes is 80 minutes of watching one team – or every team – for pundits to make sweeping generalisations for how the rest of the NRL season is going to pan out.

It’s probably the most redundant sentence I’ll ever write, but I think we should wait a few more rounds before we start making any bold declarations for 2021. Who the premiers will be, which coach is going to get fired, which team will win the wooden spoon et cetera – they are all much more sensible topics to debate in, say, Round 2.

To be honest, I’ve been guilty of overreacting to Round 1 myself in the past. Not only is it tremendously fun to do, but it does provide an instant idea for a written piece.

However, it’s not all that original either, so I’ve added a wrinkle this time: what topics have we underreacted to? What are the sneaky subplots from Round 1 of the NRL season that we should be talking about but aren’t?

1. The Warriors method of victory
In the past New Zealand have always had talent, but I don’t think they’ve always played the best brand of football for that talent.

They’re attempted to razzle-dazzle their opponents and play with reckless flair when really their personnel have been more suited to dominating the middle of the park and wearing down the opposition with size, strength and grunt. A more measured, controlled and patient style of play was actually the Warriors best chance of winning, but they eschewed it for low-percentage footy.

That’s why Saturday’s win over the Titans was so impressive. It was a grinding win without a lot of the ball being thrown around frantically.

It’s one game, so let’s not overreact, but let’s not underreact either. If Nathan Brown can get the Warriors consistently playing like that every week, they’ll take some beating. 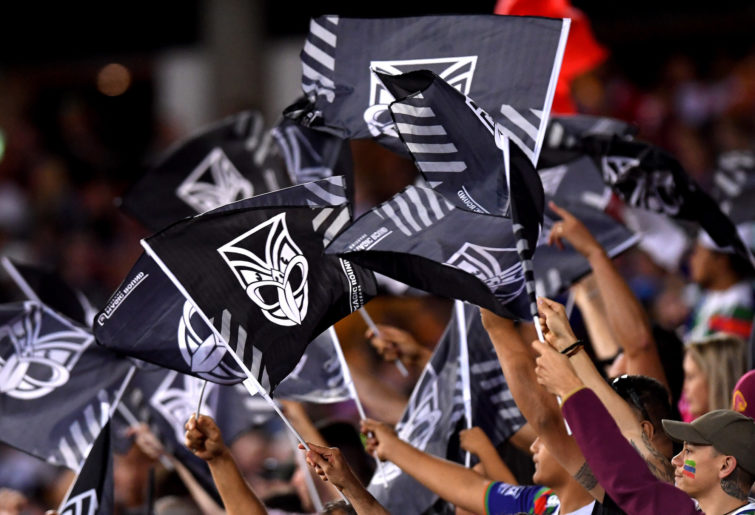 2. Where are all the quality halves?
There are 32 first-grade halves positions available in the NRL, yet how many teams actually have a high-quality half, let alone two? It’s way less than you might think, and based on the level of playmaking in the opening round it might even be lower.

Perhaps I’m looking back at rugby league history with rose-tinted glasses, but it used to feel that every club was trotting out a quality halves pairing, and it was absolutely mandatory to have at least one elite-level half if you wanted to win the competition.

Nowadays halfback and five-eighth might be the weakest positions across the NRL, and the sheer lack of volume of quality players means a team that doesn’t have great halves could actually win the grand final.

Or more than likely you can rule out 75 per cent of the teams from winning the competition because they don’t have good halves.

But speaking of halves…

3. The Luke Brooks thing just isn’t going to happen
Luke Brooks is now 26 years of age and made his debut way back in 2013. We’ve all been waiting a fairly long time for him to make the leap, but the evidence is starting to suggest we may be better off waiting for Harold Holt to turn the porch light on.

When Brooks burst on the scene he was lauded as one of the best young talents we’d seen for some time by none other than Andrew Johns. Others said he was the second coming of Joey himself.

Sadly we’re a very long way from those tributes and, even worse, they may have been the apex of Brooks’s career. It brings me no pleasure to say that few players have improved less than the Tigers half over the last four years.

He’s still pretty young, so it’s foolish to proclaim anything overly definitive, but at some point you need to shred the ‘potential’ tag and actually become a great player, and I suspect it’s simply not going to happen with Brooks. 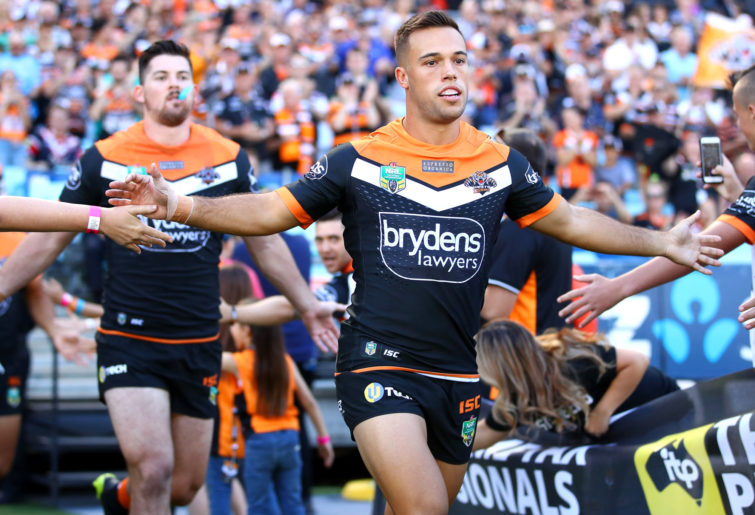 4. Sure, Manly was bad and the Cowboys putrid, but what about the Titans?
The Roosters handed out the biggest punishment on the weekend, defeating Manly by 42 points. There’s no sugar-coating it: the Sea Eagles looked dreadful. However, was anyone really expecting much from Manly this season? And they were playing a competition heavyweight as well.

Likewise the Cowboys got belted by Penrith. Nonetheless, North Queensland are expected to be at the very bottom of the ladder and the Panthers are the reigning minor premiers and grand finalists. A non-shocking shellacking.

Meanwhile, Gold Coast were many people’s ‘sexy’ pick for the top eight this year. They’re the cool prediction you believe makes you look like you really know football, mainly because the average fan couldn’t name seven players on their roster.

Yet it’s entirely possible that the Titans shifted extremely quickly from underrated to overrated because if their Round 1 performance is anything to go by, they’ll threaten for the spoon, not the eight.

5. The NSW Blues fullback problem
As Ryan Papenhuyzen tore apart the Bunnies in the season opener on Thursday night I overheard a fellow pub patron say, “They gotta pick him at fullback for NSW. It’s a no-brainer”.

The comment was met with furious agreement from his table, which I thought was rather surprising, not to mention brave considering I was drinking in Double Bay, the heart of Roosters territory.

Two days later James Tedesco reminded everyone who may have been silly enough to forget that he was the best fullback – if not player – in the world.

This only illustrates the headache the Blues will no doubt have this season when it comes to fitting both of these superstar fullbacks into the team. To be honest, it was a mild headache last year too, but with the way the two number ones started the season, it could be a full-on migraine for NSW this year.

My left-field solution is to pick Tedesco at five-eighth, yet I just can’t reconcile not selecting the best fullback running around anywhere but fullback. Nor can I justify playing ‘Teddy’ out of position when I ripped the Blues for doing that with their centres last series.

Some have stated it’s a good problem to have, but I’m not sure it actually is.