It seemed impossible that the relationship between Cricket Australia and the Seven Network could become frostier than the wintery depths of 2020.

But a ruling on Friday has ensured exactly that.

Seven, the game’s sole free-to-air broadcaster, spent most of last year complaining that it deserved a substantial reduction on its TV rights deal with CA, worth $82 million annually, because of Covid’s impact on the game.

When Cricket Australia offered $16 million, it was immediately rejected.

Not done there, it hurled a series of pot shots at Cricket Australia who were, according to Seven chief executive James Warburton, a “train wreck”.

“What a bumbling, stumbling administration,” he said in August.

For their part, Cricket Australia kept quiet, knowing a public spat with a broadcast partner was both unedifying and would achieve little.

They were right, and on Friday an independent arbitrator ruled that Seven were entitled to just a $5.3 million one-off reduction.

It’s a telling and embarrassing blow for the network.

Had the cash-strapped Seven accepted CA’s offer during initial negotiations, they would have saved themselves over $10 million and a whole lot of ill-will.

Instead, its approach throughout the last 12 months has put many offside within Cricket Australia and perhaps even other sports administrators across the country.

What made the buff and bluster all the more embarrassing was that Seven actually enjoyed a four per cent year-on-year rise in its ratings, as a direct result of the compelling four-Test series between Australia and India.

In fact, such was the summer success that company emails spruiked it as a ratings triumph.

Who were the bumbling ones again?

Seven have vowed to continue fighting the matter, citing an unfair arbitration.

But simple buyer’s remorse won’t get them very far — they have to prove that Cricket Australia is not delivering on its side of the agreement, which it currently is.

It would also seem foolish of Seven to continue trashing the product ahead of what will be another successful summer ratings-wise, with England arriving on these shores for the Ashes later this year.

For CA, Friday’s announcement is certainly a win.

Almost a year ago, then-CEO Kevin Roberts had forecast financial devastation as a result of the pandemic. 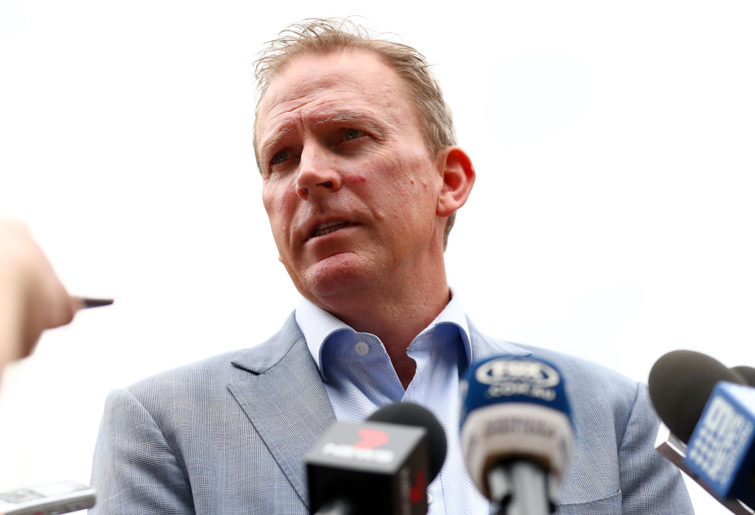 But the discount in rights payments (which is the game’s primary income source) from both Seven and Foxtel is minimal.

Other sporting bodies like the AFL and NRL, for example, received a far bigger hit.

Friday’s announcement certainly constitutes a short-term win, but what happens in the long-term is now interesting.

We can say almost certainly that Seven won’t look to extend its current rights deal, which expires in early 2024.

“And they would obviously, happily, end their association with the sport now.”

So where will it the broadcast rights go next?

During the last negotiations in 2018, Cricket Australia knocked back a joint Nine/Ten bid worth around $900 million (compared with the $1.2 billion it received from Seven/Fox).

Then Cricket Australia chairman David Peever even called the CBS-owned Network Ten — who had played a huge role in the rise of the Big Bash — “bottom feeders” during tense negotiations.

So there may be some water to go under the bridge if they are to re-enter the fray.

Could it be Nine that is set for a return to cricket broadcasting?

And could it be sooner than later if Seven get their way?

Reports in December suggested Cricket Australia had even spoken with Nine about broadcasting the Australia versus India series if everything went pear-shaped with Seven.

For their part, now former Nine chief Hugh Marks said in September they could return to cricket for “the right price”.

That is, a discounted one.