If the AFL can introduce a new rule just one day before the season starts, without properly trialling them, then it’s only fair we cast final judgement on them straight after one game.

Fortunately for the AFL, last night’s Richmond-Carlton game was a belter, a high-scoring, free-flowing encounter which has only increased excitement for the rest of the season. The return to 20-minute quarters was undoubtedly positive, but the more foreign rule changes haven’t been met with universal acclaim.

Starting with the most recent amendment, one game of the medical sub has only strengthened concerns that it’s open to exploitation.

Jack Silvagni’s subluxed shoulder is a nasty injury which will sideline him for a little while, but when Nick Vlastuin was subbed out of the game for a knock to the knee, it looked awfully like Richmond had seen the impact of Oscar McDonald for the Blues and wanted a pair of fresh legs of their own on the field.

Which is fair enough. If the AFL have created a system whereby it’s something of an advantage to have an injury midway through a game (and they have), why wouldn’t opposing clubs look to inject a brand-new player of their own into the fray?

We can expect with a fair amount of certainty two things: that teams will almost always find a way to activate their sub, and that if (dare I say when?) Vlastuin is named for Round 2, expect a chorus of condemnation about the flimsiness of the new rule.

Or, if the medical sub is here to stay, at the very least mandate a one- or two-week stint on the sidelines for players taken out of the game. 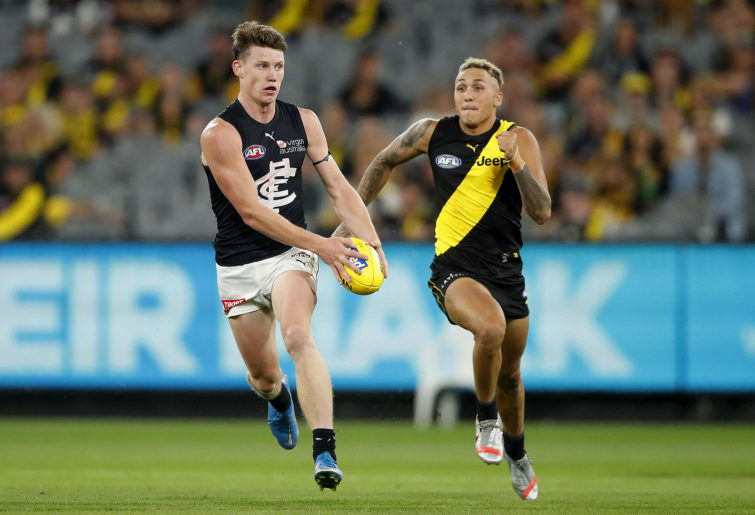 Put me firmly in the latter camp. Skills seemed to tend towards the sloppy in the closing stages last night, while the opening passages were fast, open and mostly clean. Why you need to enforce fatigue on players through one rule when another – the new man on the mark interpretation – aims to open the game up through far more direct means is a mystery.

Depending on who you’ve been listening to since last night, you’ll have heard the stand mark rule is either the worst thing to ever happen to footy, or something which didn’t really have that much of an impact. For what it’s worth, Dustin Martin falls into the latter camp.

It was a little odd to see defenders standing alone and impotent, waiting for the “play on” call as an opponent who’d just marked the ball ran halfway around them. But game-ruining? Hardly.

It seemed to encourage more open, direct play, and wasn’t half as obnoxious as the clips of overly officious 50-metre penalties from pre-season suggested. So on that count, a success.

But is it flawless? Not at all.

The AFL would do well to take up Scott Pendlebury’s suggestion and allow defenders standing the mark to shift forwards and backwards – no further than the mark, of course – and simply penalise side-to-side movement. After all, the change is designed to make it easier for players to take the game on by opening up the arcs either side of the mark – what difference would ‘north-south’ movement make there?

The 50 awarded against Sam Petrevski-Seton late in the second quarter which has garnered so much attention looked more a case of communication from the umpire lost amongst crowd noise than a disastrous rule.

Even so, that’s going to happen frequently enough to warrant Pendlebury’s change, which would make for fewer game-changing 50s when a player thinks they’ve retreated the necessary five metres but the whistleblowers call otherwise. 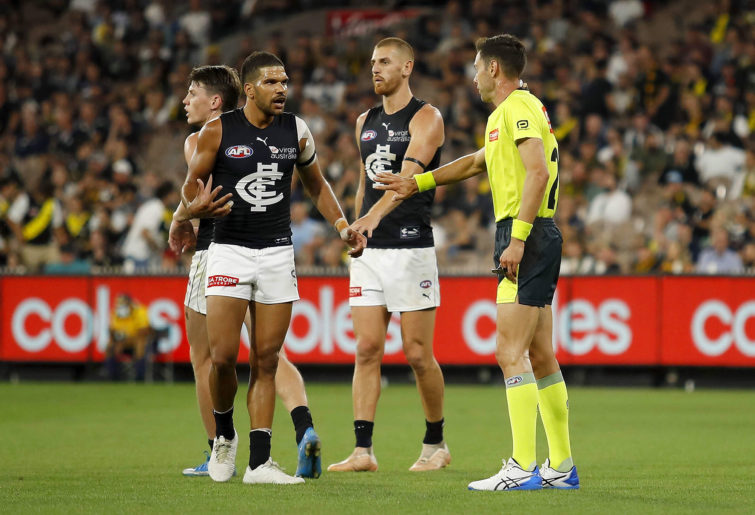 All in all, then, a collection of rules which are fine. Some are worse than others, none are egregious.

What they all could have benefitted from, though, is a proper, rigorous test before being introduced to the AFL. And here lies the biggest issue with the constant tinkering to the lawbook we see from AFL House. Not that it happens in the first place – all sports make similar adjustments – but that it does in such a rushed, ad-hoc manner.

The medical sub wasn’t so urgently needed to justify its introduction barely 24 hours before the Tigers and Blues walked onto the G. Aussie rules wasn’t so desperately lacking open play that AFL umpires were ordered to bark “stand” at defenders before that same change was trialled in lower-level leagues.

We’ve seen this with previous amendments, like starting positions and kick-ins, which haven’t worked in the way we’ve been told they would because they weren’t properly tested.

Hopefully by the next time we’re discussing new laws, we’ll be doing so after a VFL match rather than the AFL season opener.