Who was good on a bad team? Who was horrible on a good team?

Who underwhelmed? Who rose?

Who will roar like a lion, and who will miss the plane (or train, or bus) to front the dormant (but still mighty) Boks?

1. Eddie Jones swapped places with Wayne Pivac
Before the tournament, the Welsh coach was seen as being on the chopping block with the axe-man sharpening his blade. Now, the RFU is reading fine print, and Exeter are saying Rob Baxter is off-limits, while Wales was holding up tries in Paris and narrowly missing a Grand Slam.

Long before the 2019 World Cup, Eddie admitted he is usually stale after four years, but there was never a more overplayed hand than the semi-final against New Zealand, and it even allowed RFU to skip a true review of why England lost to South Africa.

So, the biggest loser of this competition is Excuses Eddie. He blamed COVID, he blamed the media, he blamed time, he blamed space, but he never truly saw that the rest of us did: his team looks sullen, puffed-up, a bit slow of thought, and it is easier to get into the squad than be cut.

Having a first-ever negative point differential, and adding a lame defence (121 points conceded) to a stilted attack led to a negative Triple Crown. Jones has a release clause that allows England to change course without fearing the worst, and all of it can be traced back to the myopic stubbornness of the head coach.

2. But Tom Curry
With the possible exceptions of Anthony Watson, an injured Courtney Lawes, a recovering Sam Underhill, an absent Joe Launchbury, and a reborn Ben Youngs, the only English player who rose in stature was Curry, who is still just 22.

When Owen Farrell had his bell rung, Curry took the ‘armband’ instead of Maro Itoje. The lad has gained muscle, which he will need to withstand the Bok locks’ cleanouts, as he wears Lions jersey number seven.

3. But Josh Navidi, too
I don’t know if Warren Gatland is a Pooper fan, but there is an argument for playing Navidi with Curry if there is enough ball-carrying ballast in the second row and number eight.

4. Rees-Zammit is actually fast
I lost track of the wings, thought of as fast, who were lapped by Louis Lightning (it should suffice that Jonny May was done, and done well), but against the Boks, who have the sort of speed that is impossible to find in Celtic lands unless imported, this is crucial.

5. Paul O’Connell is manic, but quietly. POC is scary.

He fixed the Irish lineout. He may have fixed James Ryan. Ryan is definitely a Lion, now.

You cannot beat the Boks without a lineout disruptor. 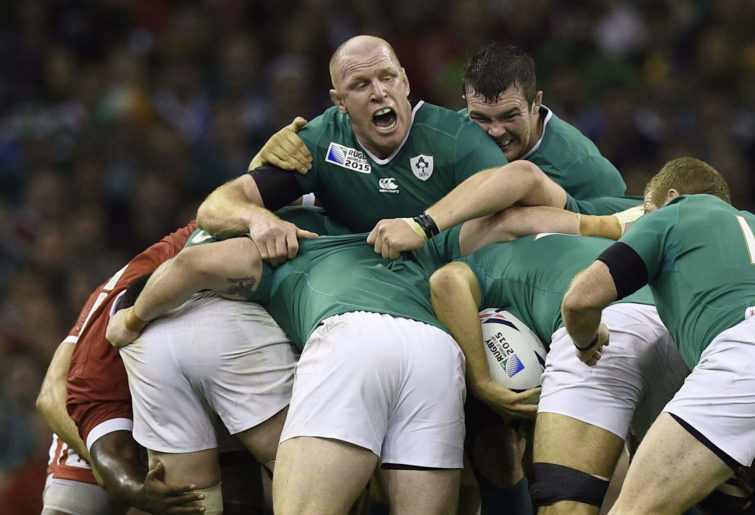 6. France may win it, but they are still French
They took 15 minutes to score two tries against Wales, when they could have done it in three minutes. Too bulky. Too languid. And still too up-and-down.

Yet, if they pummel Scotland in the last match, they could win the Five Nations (with Italy). If you knew beforehand that England would be this poor, you would have wagered the pied-a-tiere on Antoine Dupont to win and be the player of the tourney.

To make this heavy weather of it means there is still something missing for 2023. Is it fitness? Can they get it?

7. Farrell the Fickle
The chat now is replacing this 10-12 captain with a forward skipper. Eddie gagged Owen for the Dublin match. That didn’t work, either.

The dulcet tones of AWJ, or the humble queries of Charles Ollivant are better. So, which forward (Itoje, Curry, or the declining Jamie George) has the best semblance of humble acuity?

8. Tadhg Beirne vs Pieter-Steph du Toit
If Gatland decides to go like-for-like, he will pick Beirne, the smartest Irish forward since POC, to try to dull the 2019 World Player of the Year.

Beirne was the second-best Irish player (behind Robbie Henshaw) and just shaded Ryan in the pack. Were we even talking about him pre-tournament?

9. Is 35-year-old Johnny Sexton ever going to retire?
Nobody would have predicted CJ Stander would end his Irish career before graying, creaky Sexton. He is in the mix for Lions 10.

You have to kick well to beat the Boks. Finn Russell missed a couple of sitters, and Gatland would have remembered that.

10. Henshaw at 12 is the answer for the Farrell conundrum
Big enough to stop Damian de Allende, smart enough to work a way around him in return. A good footballer, and less prone to catch the TMO than Farrell.

12. Crowds are the home advantage
At the present, it is 7-7 for home and away: a marked deviation from the past in this tourney. So, it is not the home cooking or the beds or the routine, it is us – the fans.