Why would private equity invest in Australian Rugby if it doesn’t include the National Rugby Championship?

In recent weeks it has been reported that Rugby Australia Chair Hamish McLennan has begun discussions with potential private equity investors to invest in Australian rugby and resolve the code’s financial woes.

McLennan would undoubtedly be concerned then about the ongoing poor performance of the New South Wales Waratahs, who were flogged by the Queensland Reds for the second time in 2021 on Saturday night 46-14. The Tahs are winless in Super Rugby AU, having endured an even bigger flogging at the hands of the ACT Brumbies and defeats to the Melbourne Rebels and Western Force, a sorry reflection of the state of professional rugby in Australia’s biggest rugby market.

There have been concerns publicly expressed that the Tah’s on-field woes will start to impact rugby viewership in New South Wales. The view has been expressed that Rugby Australia must ‘do something’ to help the Tahs improve their performances, to prevent this from happening and undermining the excellent broadcast deal with Channel Nine and Stan, which has given Australian rugby a new lease on life.

The suggestion that Rugby Australia should help the Tahs to resolve their self-inflicted woes will undoubtedly cause the gnashing of teeth in other states like Queensland, where supporters have had to endure many seasons at the bottom of the Super Rugby ladder during Brad Thorn’s rebuild of the Reds. It would be an even more bitter pill for Western Australians to swallow after their team was kicked out of Super Rugby entirely for two years.

However, this situation is part of the commercial reality of Australian rugby, so Rugby Australia will undoubtedly need to help the Waratahs in some form. The rest of Australian rugby certainly doesn’t owe New South Wales a winning team, but sufficient support to prevent the Tahs going into a death spiral and to start a rebuild through player development is tolerable.

This would give their supporters some hope for the future and create a narrative that could be used to keep them interested over the several years that it will take to rebuild the team, as has happened under Thorn at the Reds.

However, Rugby Australia is currently in no better financial position to do something substantial for the Waratahs than the club is itself. Private equity is McLennan’s solution to the code’s financial woes. To attract private equity investors he will need to be able to assure them that Australian rugby is a viable business, so demonstrating that the failures that are plaguing the Waratahs are able to be resolved will be vitally important.

Even more importantly, he will need to convince investors that those failures will not be repeated in other franchises. 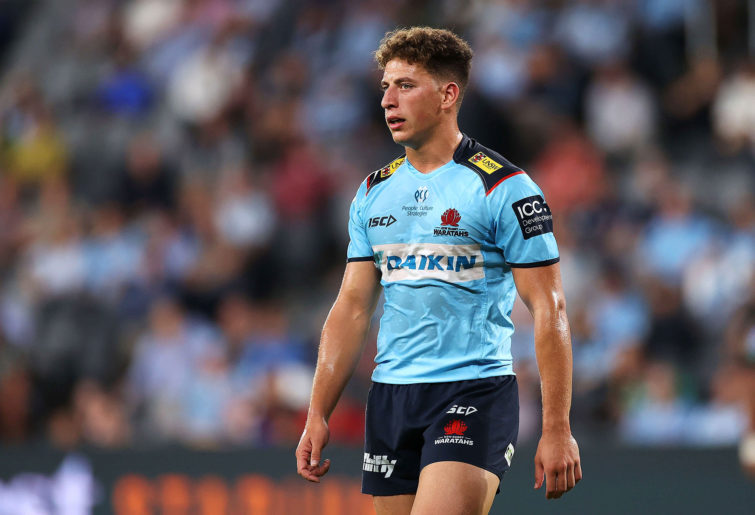 Unfortunately, the decision last year to scrap the National Rugby Championship, Australia’s semi-professional tier between club rugby and Super Rugby, represents a nationalisation of the Waratah’s biggest failure. The Waratahs’ late commitment to using the National Rugby Championship to develop players and coaches has resulted in the outclassed team they fielded on Saturday, with the price that they are paying on the park against clubs that used the NRC to its full advantage being abundantly clear.

Thorn was asked in the post-match press conference after Saturday night’s game about the scrapping of the NRC and whether club rugby is strong enough to meet those needs.

He said, “I think there is really good rugby in the club competition, the Shute Shield is very highly spoken of. Also club rugby in Queensland, there is some really good footy there. What I love about NRC is that it is that sort of Currie Cup, ITM Cup middle ground, and it gives club players the opportunity to play rep football, which is important. It gives coaches and players the opportunity to cut their teeth in that middle tier.”

Thorn’s observations highlight that if the NRC is not reinstated, standards in the Australian Super Rugby teams will fall and they will suffer poor performances against the New Zealand teams in trans-Tasman competitions. This will ultimately impact the competitiveness of the Wallabies, who are the real money-spinners in Australian rugby.

What is ultimately at stake is the medium to long-term financial viability of the code in Australia.

So back to the question in the title, why would private equity invest in Australian Rugby if it doesn’t include the National Rugby Championship? It is a question that Rugby Australia and the entire code needs to answer in a hurry, or nobody is going to be in a position to do anything for anybody.