The last few years we have been familiar with some exciting trades like Andre Drummond to the Cavs. This trade deadline day however did not sweep many people off their feet as it was a particularly quiet deadline day.

During this article I will be breaking down three of the key exchanges that teams have made on the day of the cut-off. I will also be letting you know who won the trade and boosted their roster the most.

The Houston Rockets have performed like one of the worst teams ever as they are coming off a 20-game losing streak. Since the James Harden trade, they have been the worst team in the league. Giving up Victor Oladipo will not benefit them in any way as they have gained barely anything in return.

This will boost the Miami Heat as they only gave up Avery Bradley, who has played hardly any minutes this season, and Kelly Olynyk, who is only averaging ten points and two assists, compared to Oladipo’s 19 points per game and four assists per game.

Who won this trade? Miami Heat.

The Denver Nuggets will pick up a key asset in a trade with the Orlando Magic as they were able to land Aaron Gordon. In exchange for picking up the power forward, the Nuggets gave up some young talent in Gary Harris and pick number 24 in the latest draft class RJ Hampton, along with a first-round pick.

As a Nuggets fan, I am going to disagree with most of the NBA universe and say that the Orlando Magic have got the bigger slice of the cake in this trade. I can see where many people are coming from by saying that the Magic have given up too much, but the reason why I disagree with this clam is because Orlando is not trying to win a championship in the next five to ten years. They are in rebuild mode and with this trade, it will benefit their young, up-and-coming player roster.

Who won this trade? Orlando Magic.

After taking a look at this trade for the first time, I thought to myself, what has Orlando done? They just traded away their all-star centre in Nikola Vucevic, who would be their leader for the young players around the team.

I thought about it for a while, though, and concluded that this trade is not as bad as I thought it was, as they pick up two big bodies in Wendell Carter Jr and Otto Porter Jr, who can space the floor. They will also be receiving two first-round picks, which are not any old picks because the Bulls look like they will have another few struggling years and will get some good picks, which will go to the Magic in 2021 and 2023.

Although Orlando do gain some more young talent, they still should have kept Nikola Vucevic because he is a top-five centre in the league and would have been an awesome leader for the young guys on the team. The Bulls picking up Vucevic is great for them as Zach LaVine will have a uniquely exceptional passing and ball-handling big man beside him. Overall, this trade boosts Chicago’s slight chances to make this year’s playoffs.

Who won this trade? Chicago Bulls.

From where they were just a couple of years ago, the Knicks’ turnaround has been a stunning success. 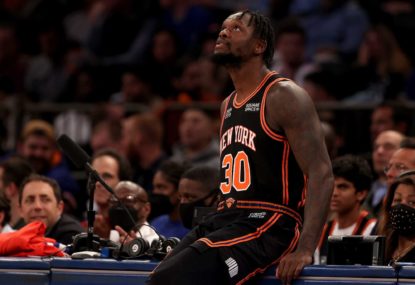 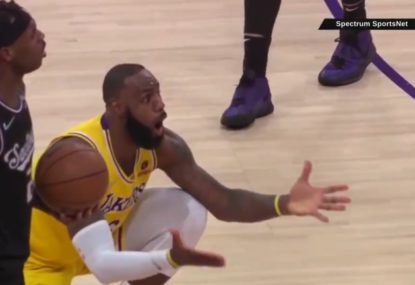