I was watching some of the highlights from the recent Marsh One Day Cup match between Western Australia and the Vics. For those of you who haven’t seen it, do yourself a favour and watch the innings from Josh Inglis.

I watched that innings on live stream and the commentators made the very good point that Inglis was a pure hitter, who played very conventional shots. Granted, towards the end of his knock, cow corner got a fair old workout, but by and large, this was an innings full of excellent ‘normal’ cricket shots.

That led me to think about an innings Alex Carey played against NSW in the same competition a few weeks ago. He made an excellent 99 against an attack that included Pat Cummins and Nathan Lyon.

Then there’s Josh Philippe and there are any number of highlight videos of his batting.

This made me wonder why the Australian selectors aren’t thinking about playing all three of these guys, at least in limited-overs cricket?

There’s plenty we can learn from England when it comes to playing more than one wicketkeeper. They’ve done so very successfully in both T20 and ODI cricket, so why shouldn’t Australia follow suit?

The first thing we all need to do, including selectors, is consider these guys as batsmen. Yes, they can all keep wicket, but that only applies when they’re fielding.

The following table is a quick comparison between the three keepers and Marcus Stoinis, who is currently coming in around number five or six for Australia.

In order to make similar comparisons, I’ve only looked at their numbers for domestic one-day and T20 games, given Josh Inglis has not played international cricket for Australia yet.

On straight domestic numbers, all three players put forward a strong case for inclusion in either the ODI or T20 sides, given Marcus Stoinis appears to be almost a given to play in both formats for Australia. 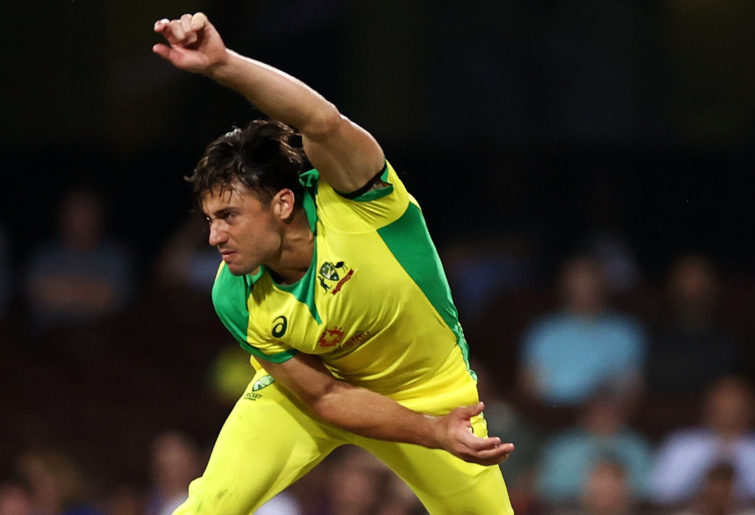 Philippe and Inglis are clearly very good hitters, with excellent strike rates in both forms of white-ball cricket. Carey is a steadier player, but in recent times, has really developed his batting, as the earlier video highlighted.

I’ve included player ages to point out how much time the three keepers have in the game.

Aaron Finch and David Warner both turn 35 this year, so their time in Australian colours is limited. Glenn Maxwell will be a youthful 33 and Steve Smith 32, so there is a reasonable chance all three could play together in the not-too-distant future.

There’s only one possible downside and that is none bowl, but with an attack that could include any of Pat Cummins, Josh Hazlewood, Adam Zampa, Ashton Agar, Mitchell Starc, Jhye Richardson and Kane Richardson, why wouldn’t we play six quality batsmen and five quality bowlers?

We’ve also tried all sorts of players, including Ben McDermott, D’Arcy Short, Ashton Turner, Chris Lynn, etc. and none have quite made the grade.

Why not ignore the fact that these three players are wicketkeepers and focus on what they can do with the bat?

And who’s to say we won’t see all three in a baggy green in a few years’ time, if they keep working on their red-ball skills.