While the video replays clearly showed that the pass was unquestionably bad, the Bunker was unable to overturn the howler as it can’t rule on forward passes.

The burning question is “why the hell not?”

Every season, we see this exact situation happen multiple times. One team gets robbed and the other gets lucky. This time it was the Raiders that were robbed. However, the Warriors – and pretty much most other sides – have been on the rough end of the pineapple at one time or another.

Graham Annesley on Monday admitted that referee Henry Perenara and touch judges Rickey MacFarlane and Drew Oultram had made a big blunder not calling back the Ben Murdoch-Massila try due to the blatant forward pass from Kodi Nikorima.

Annesley even hinted that the technology might soon exist for the Bunker to rule on forward passes soon.

Here’s a news flash Graham: it already exists. It is called video replays, a set of eyes and some common f$#king sense.

So why isn’t that already the methodology I hear you ask?

The case against forward passes being review by the Bunker is based on physics.

The laws of physics – the very same culprit that brought you such family favourites as gravity, diffraction and sound waves, as well as existential horror stories like the second and third laws of thermodynamics – also bring to you the laws of momentum.

Here is what the rule book officially says:
“FORWARD means in a direction towards the opponents’ dead ball line.”

In a nutshell, the person passing the ball has momentum that transfers to the ball when passed.

A person running fast – as rugby league players often do – can pass a ball backwards but the transferred momentum will mean that it continues forward towards the try line after release by the passing player. So while the ball technically travels forward it was not in fact thrown forward.

The key term that is used is “backwards out of the hands.”

I have had this argument made to me passionately by a number of ex-NRL first grade officials as to why forward passes shouldn’t be reviewed by the Bunker. In the past I have ceded to their expertise.

However, that stops now. It is just dumb.

Because of this logic, as it stands now the Bunker does not review any incidents of possible forward passes – or passes called forward that might not have been – because there are sometimes incidents where the player has such momentum that, while they do pass the back backwards, it travels forward.

To me that logic is akin to not prosecuting a type of crime because there are incidents where the person being prosecuted was found innocent. 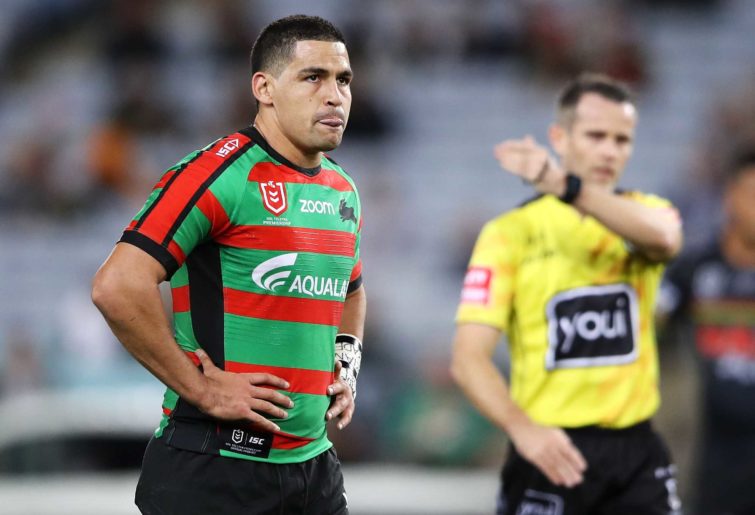 Surely we can establish through video review whether a player passed the ball backwards but transferred sufficient momentum that the ball travelled forward. Surely that is possible.

Surely the Bunker – right now and without the aid of any further technology – can also pick up where a pass is clearly just forward, as was the case with Nikorima’s pass to Murdoch-Massila.

Officials are human. They make mistakes. The Bunker is there as a safeguard for that. Forward passes have been, as long as I’ve been following rugby league, a constant issue. It is time that they were included in reviews.

While it might be embarrassing in the short term for an official to have their ruling overturned at the time, in the long term officials actually prefer that option over a howler they make being subject to prolonged scrutiny.

Make no mistake, the officials hate these incidents as much as the teams and the fans. It is their reputations that are affected and competence that is brought into question. They may even get dropped.

One of the officials who failed to call the Nikorima pass as forward was Rickey MacFarlane. His experience in 2017 with a missed forward pass was not a pleasant one.

Not only did he incorrectly call a pass from Anthony Milford to Ben Hunt forward, causing a good try to be disallowed, he was hung out to dry for the mistake by then Referees boss Tony Archer and then dropped to NSW Cup.

Given that experience, you could understand that Rickey – or any NRL officials for that matter – might be a little hesitant to make calls on forward passes.

It is just logical to bring the ability for forward passes to be reviewed by the Bunker. Let’s make sure that the laws of physics form part of any video review, but momentum is only one consideration when a forward pass is concerned. It cannot and must not be the only consideration.

Because the current state of affairs isn’t working for anyone. 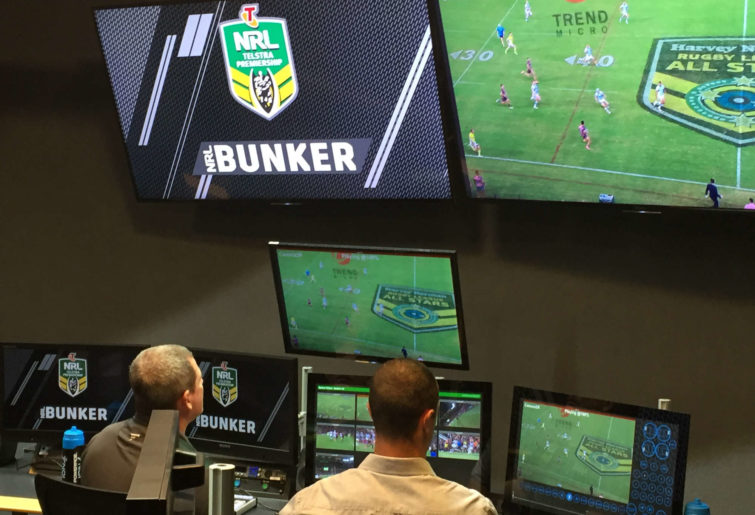 The NRL Bunker – from the inside. (Photo: Joe Frost)

Ricky Stuart alleged abuse of Henry Perenara
In my role as sideline eye for ABC Radio Grandstand, I was on the side of the pitch for the Raiders-Warriors clash.

The only person closer to Ricky Stuart during the game than myself was Fox broadcaster Matt Russell. When the Nikorima pass was let go by the officials I immediately looked to Stuart for his reaction.

While Stuart was clearly upset and made exclamations – which like the majority of the 13,000+ crowd included expletives – at no stage did I see him target abuse towards any official.

Further, at the time of incident the closest official – touch judge Drew Oultram – was already well past Stuart and out of earshot.

At the conclusion of the match Stuart immediately left the sideline and went to his teams dressing sheds, well before the officials departed the field.

While I’ve made the NRL aware of my very relevant perspective in regard to the Ground Managers report, I am yet to be contacted as part of their investigation into the matter.

I assume they’ll call Matt and myself any moment now.