Strong performances in the Marsh One Day Cup should have Cameron Green and Peter Handscomb pushing for inclusion in Australia’s ODI squad for the upcoming tour of the Caribbean.

Both Green and Handscomb loom as valuable options as Australia begin to build towards the 2023 ODI World Cup.

Australia are expected to tour the West Indies in June for at least three ODIs and three T20Is. Given the difficulty of moving players around the world amid the coronavirus pandemic, Australia will likely take a huge squad on this tour.

Aussies taking part in the Indian Premier League, which starts next week, will have the advantage of a high-profile stage on which to stake their claim for a spot on that Caribbean tour.

The IPL isn’t the only game in town, though. Performances in the ongoing Marsh Cup one day tournament should also be considered when picking the Australian squad for the Caribbean.

Former ODI cricketers like Handscomb, Michael Neser and Joel Paris deserve to be in contention for that tour, as does Western Australia prodigy Green.

That towering batting all-rounder has not yet fully found his groove in one day cricket. But Australia have very limited options in that position in ODIs. Since Shane Watson played his last ODI nearly six years ago Australia have been unable to find a permanent replacement.

Marcus Stoinis made a promising start to his ODI career but has been very poor over the past three years. In that time, Stoinis has averaged just 20 with the bat from 32 ODIs. At 31 years of age his ODI career should be finished.

Marsh, meanwhile, is probably the best ODI all-rounder in Australia. But his fragile body makes it difficult for him to stay on the park, and has resulted in him playing just seven ODIs in the last three years. 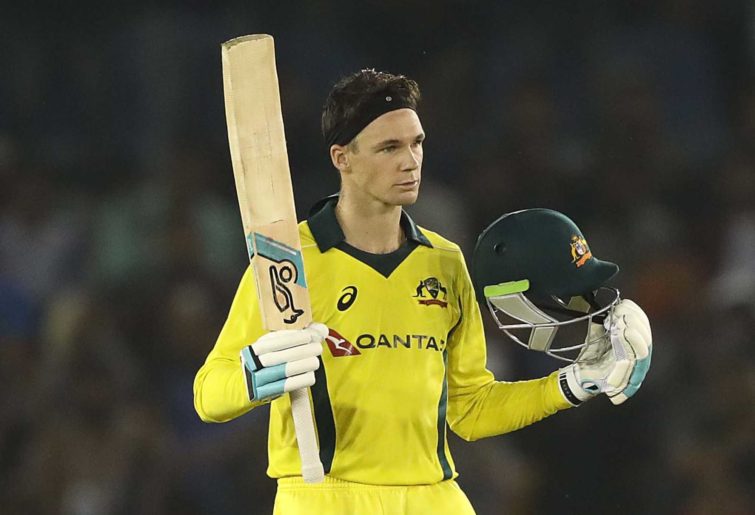 Whether he can maintain fitness long enough to make a run at the 2023 World Cup remains to be seen. Which is why Green should be given exposure in ODIs, despite his limited accomplishments in this format.

We already knew he had a tight technique and great composure, and now he’s beginning to take advantage of his power, too. Green will take time to grow into the batting all-rounder position in 50 over cricket.

Fortunately, Australia have more than two years to groom him for a key role at the World Cup. Marsh, too, can be kept in mind for that tournament should he manage to remain healthy.

With that World Cup to be held in India, Australia need to pick batsmen who are fluent against spin. That should put Handscomb back in the frame for ODIs. While the Victorian’s Test career looks dead, due to technical shortcomings against pace, he remains a terrific ODI option.

In his last year in ODIs, 2019, Handscomb was excellent, averaging 40 at a strike rate of 97. That included a string of excellent performances versus India, against whom Handscomb made 387 runs at 48.

It was his ability to get on top of India’s talented spin unit that made him so valuable in those matches, particularly during Australia’s incredible 3-2 series win in India two years ago.

Handscomb showed in that series that he has the skill, confidence and nimble feet to counter world-class slow bowlers on dry Indian pitches. He also displayed great composure, the ability to pace an innings, sensational running between the wickets, and an under rated power hitting game. All of this makes him a natural middle order batsman, something Australia have lacked in ODIs at times.

Since playing his last ODI, in the 2019 World Cup, Handscomb has been terrific in domestic one day cricket, averaging 48 at a strike rate of 98. This is by far his best format.

Handscomb should be Australia’s back-up to current ODI number four Marnus Labuschagne. Both Handscomb and Green should be in Australia’s planning for the 2023 ODI World Cup, and both should be on the plane to the Caribbean in June.